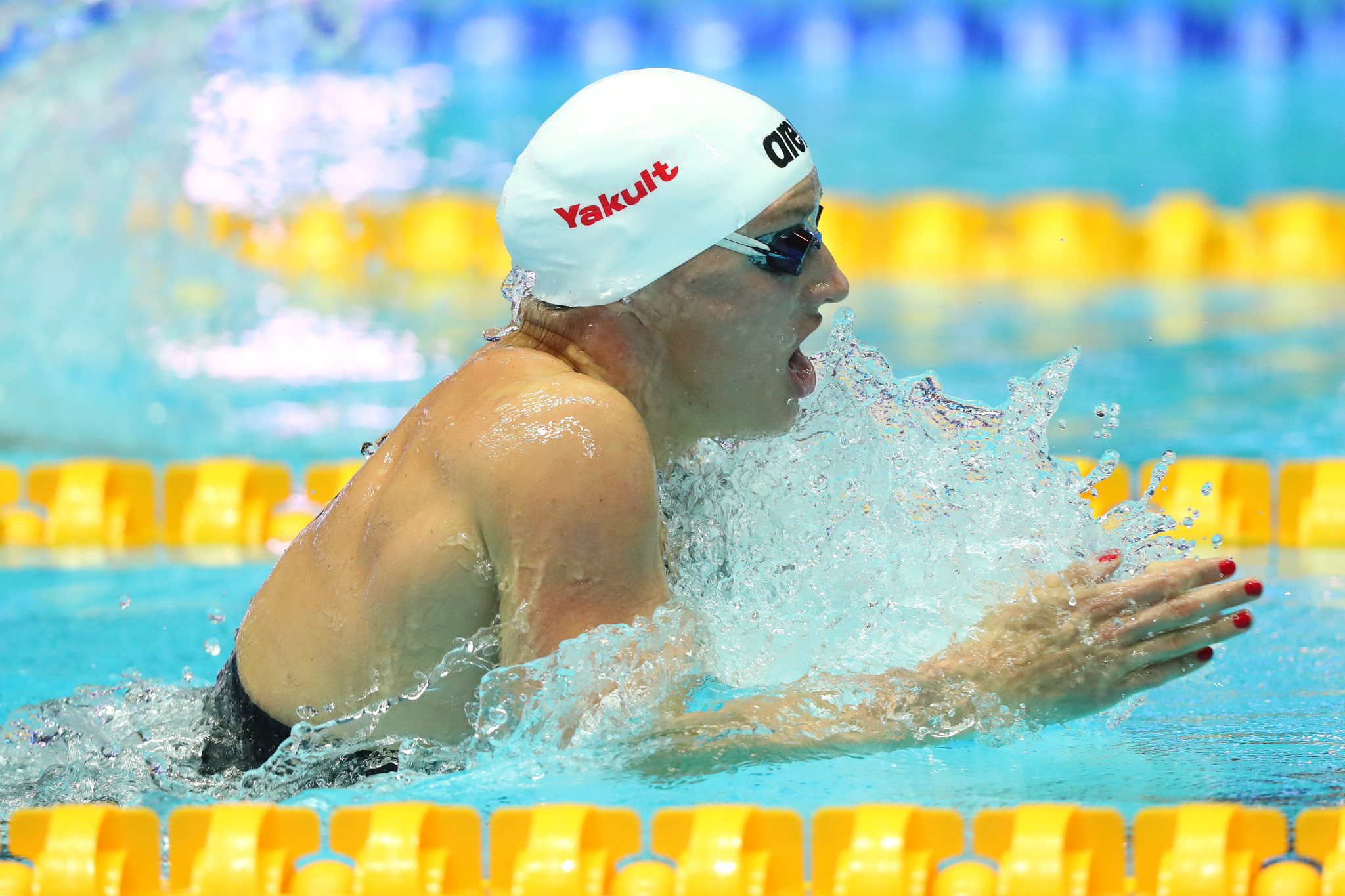 Hosszú missed this morning's heats for the 100m backstroke as she focused her attentions at a world record in tonight's final but she fell short in her efforts to lower her own world record of 2min 06.12sec set at the World Aquatics Championships in Kazan in 2015.

The upset of the night came in the women's 100m butterfly final as hot favourite Sarah Sjöström had to settle for silver.

It was Pickrem's Canadian team-mate Maggie MacNeil who claimed the gold medal in 55.83sec as the Swede's bid for a fourth successive world title came unstuck.

Sjöström led the field at the 50m split as she turned 0.05 seconds under world record pace, with MacNeil lagging behind in fifth, but a storming final split of 29.06 saw the Canadian storm through the field for a first world title.

Sjöström claimed the silver medal in 56.22 as Australia's Emma McKeon took the bronze medal with 56.61.

Briton Adam Peaty opened his programme with a world record in the men's 100m breaststroke semi-final yesterday but could not beat his 56.88 record in the final this evening.

Peaty described his world record as "incredible" after a three-year battle to duck under 57 seconds but he had a worthwhile consolation in becoming the first man to take three consecutive world titles over the distance.

The one that got away in Budapest was the 50m butterfly but he put that right early on here with a dominant swim for gold this evening.

He touched out in 22.35 to top the medal podium for a second gold in two nights, having won the 4x100m freestyle relay with the United States yesterday.

Russia's Oleg Kostin collected the silver medal in 22.70 as Nicholas Santos of Brazil took bronze in 22.79.

The defending champion collected 218.40 points from his opening dives to sit almost nine points clear of his nearest rival ahead of the third and fourth round dives on Wednesday (July 24).

Mexico's Jonathan Paredes is second with 209.55 points and Michal Navrátil, from the Czech Republic, is currently third after scoring 194.05.

Adriana Jimenez of Mexico had to settle for silver in Budapest two years ago but is in the driving seat in South Korea with a score of 148.20 points after two rounds of the women's 20m contest.

Britain's Jessica Macaulay is in contention on 145.90 points, with America's Genevieve Bradley occupying third on 144.00 points.

Defending champion Rhiannan Iffland of Australia missed her entry on her second dive and sits fifth ahead of the final rounds tomorrow.

The US breezed to a 15-5 victory against Greece in the quarter-finals of the women's water polo competition.

The defending champions are set to face Australia in the semi-finals after they defeated Russia 9-7.

Hungary edged out Italy 7-6 and are scheduled to take on Spain in the last four on Wednesday after they triumphed 12-8 against the Netherlands.