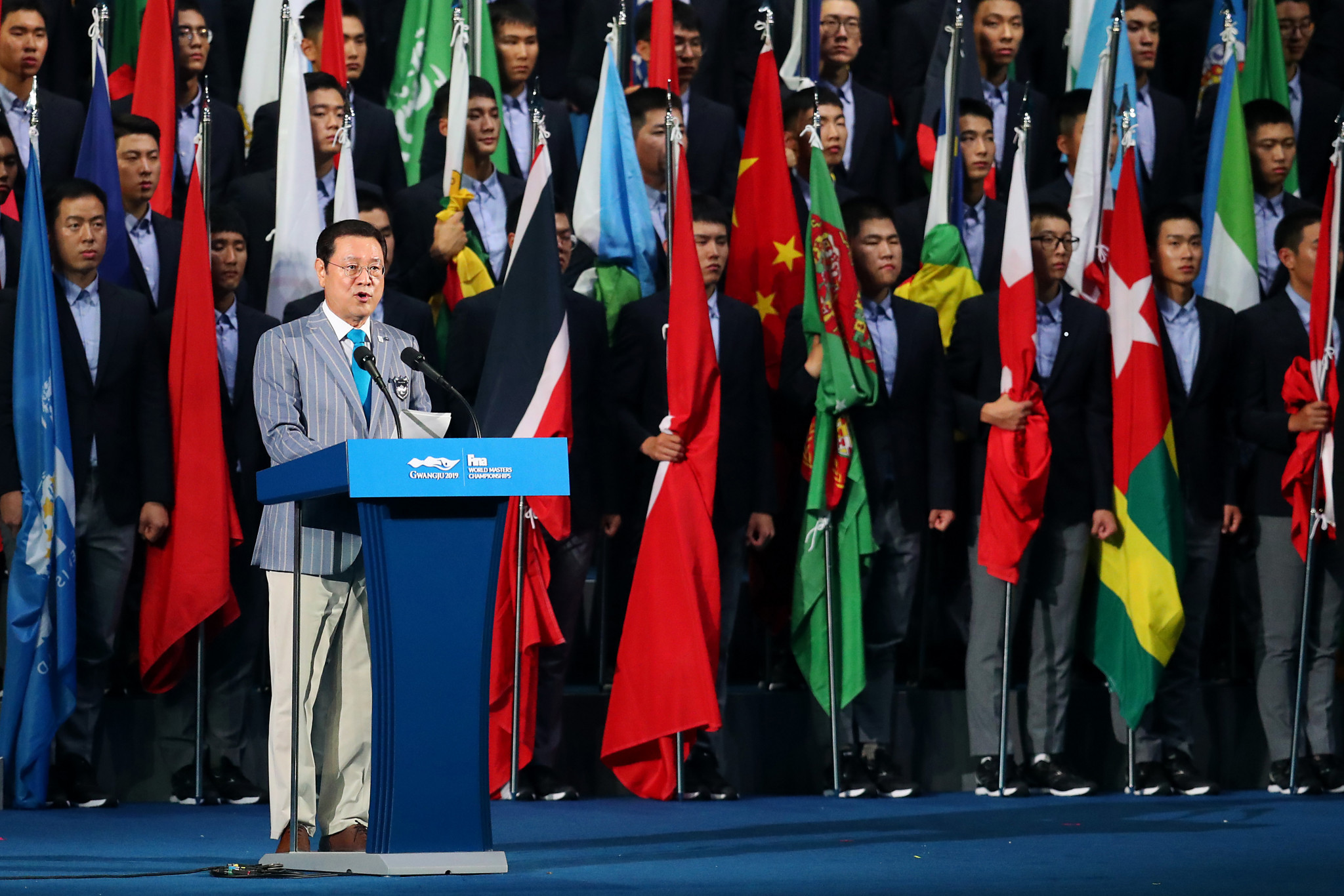 Gwangju Mayor Lee Yong-sup says the city will continue its push for peace on the Korean Peninsula despite a failed reconciliation attempt prior to its hosting of the International Swimming Federation (FINA) World Aquatics Championships.

The Organising Committee adopted the "Dive into Peace" slogan in the build-up to the Championships but, despite several appeals, North Korean athletes are not participating.

With just six days left in Gwangju Lee has heralded their success and maintains the city will continue its peace relations manifesto.

"Beyond the sporting aspect, hosting the FINA World Championships is a great opportunity to transcend all political and ideological barriers through the sport," said Lee.

"We have put strong efforts in the outreach to North Korea, we are committed to establishing peace in the Korean Peninsula.

"At this time there has been no response from their side but this does not impact our commitment to building peace in the Korean Peninsula and spreading the values of democracy across the world."

Lee said a human rights event in Gwangju, that saw thousands of Koreans build a 2.5 kilometre human chain, was a strong call from citizens who were expressing their aspiration for peace.

He added: "On a very positive note, we are very proud that these FINA World Championships have been able to break records by hosting a record number of National Federations – 194 nations and more than 15,000 athletes and officials will join the competition in Gwangju.

"We are now more than half way through the competition, and we are very happy with how everything has been managed thus far.

"It is a great honour and pride for us to be able to organise such a global sport event, especially with the eyes of the world focused on Gwangju.

"I cannot express how much these Championships mean to our city."

The attention to detail has been apparent at the Championships, with high speed trains and a special track opened to connect Gwangju with South Korea's capital Seoul and Incheon International Airport.

Money was secured from the Government for cooling zones inside and outside all venues amid expected heatwaves through July and August, while Lee claims the strength of the 2015 Summer Universiade allowed Gwangju to prepare for major international events.

"We learnt a lot from hosting the International University Sports Federation Summer Universiade in 2015, where we won worldwide acclaim for safety during the Middle East Respiratory Syndrome crisis," he said.

"Based on this experience, the 2019 Championships have been thoroughly inspected and preparations have been made to all areas such as entry, transportation, logic, dining and safety, as well as the operation of the Games, and we have successfully operated the competition without any accidents."

Lee said a united front from the city’s 1.5 million population has brought the "Gwangju spirit" to the Championships and said that had been a key success so far.

"What makes Gwangju 2019 truly successful is the united power of its citizens – this fundamental energy is so important," he said.

"If you have visited one of the competitions, you have probably noticed the amazing atmosphere in the tribunes - we like to call it 'Gwangju's spirit'.

"It was highly important for the city to gain the support of our citizens.

"This is, for us, is the key to a successful event and we are happy to see so much engagement from them."

North and South Korea still technically remain at war but sport has increasingly been used as a tool to try and foster better relations.

The two countries marched together at South Korea's Pyeongchang 2018 Winter Olympics and there are discussions on a potential joint bid for the 2032 Summer Games.