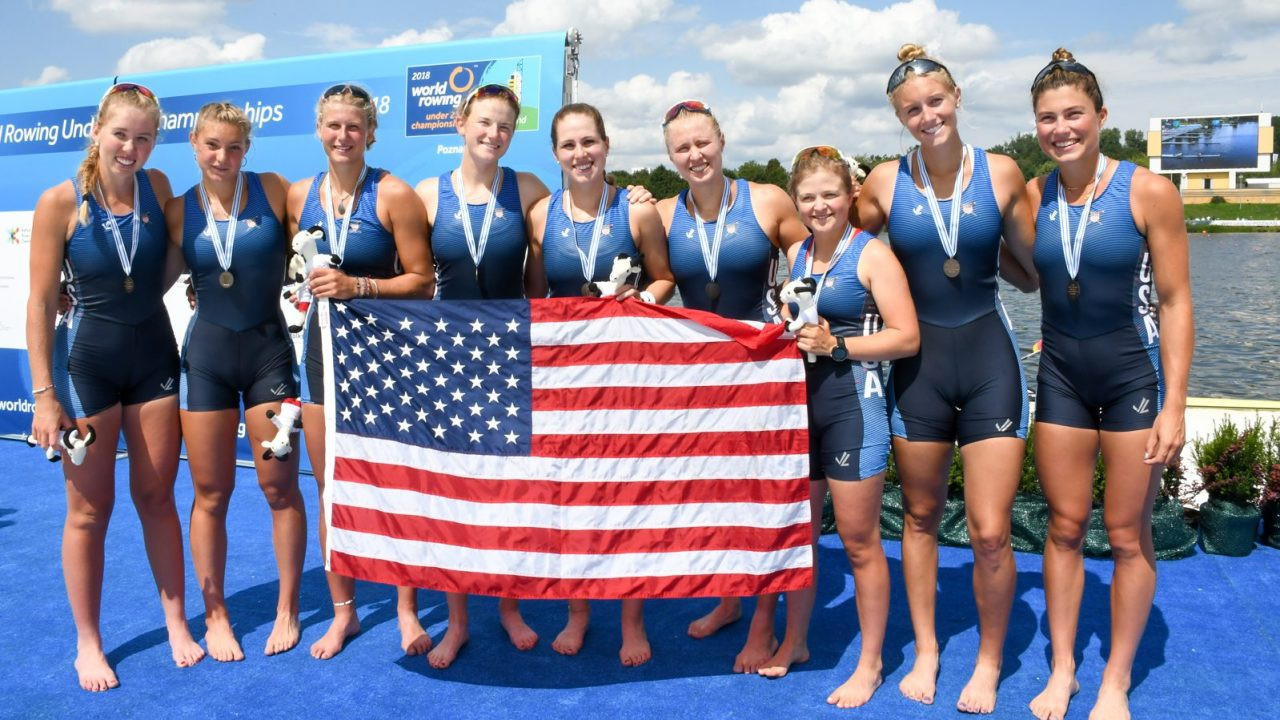 United States are targeting home gold in the prestigious men's eight at the World Rowing Under-23 Championships which begin in Sarasota and Bradenton tomorrow.

The American crew warmed-up for the event in Florida by competing at the World Rowing Cup in Rotterdam this month and are bidding to defend their title from last year.

Five members of the 2018 winning crew will take their place in the boat again at Nathan Benderson Park but the hosts face competition from Britain, the silver medallists last year who return with four of last year's squad.

In the women's eight, Canada won last year in Poznań but have not entered a crew in Sarasota-Bradenton to leave the field open for the likes of the US, Britain and 2018 runners-up The Netherlands.

Competition is due to run until Sunday (July 28) with the Americans sending the largest team with entries across all 22 boat classes.

Germany has entered all but one of the events with Britain sending 14 boats.

Other interesting battles will include the women's single sculls where last year's silver medallist Emily Kallfelz will hope to go one better for the US.

Italy's Clara Guerra, a bronze medallist in the lightweight single sculls at last year's senior World Championships in Plovdiv, will challenge Kallfelz after stepping up to the openweight class.

In the men's single sculls Australia's Cormac Kennedy-Leverett will be a threat after winning bronze at the Buenos Aires 2018 Youth Olympic Games and silver at last year's World Rowing Junior Championships.

Britain will field three of its winning men's quadruples sculls crew from 2018 while reigning champions Romania return with one member in the men's four.

In the women's double sculls Elizabeth Shares and Emily Delleman are a hope for the US after winning medals at both junior and under-23 level.

Nearly 700 rowers from 53 nations are expected in all at the venue which hosted the 2017 senior World Rowing Championships.

Heats will be held across the first two days before repechages and semi-finals on Friday (July 26).

Two days of finals will be held to conclude the event.

Organisers US Rowing have announced a deal with ESPN to provide live race streaming.