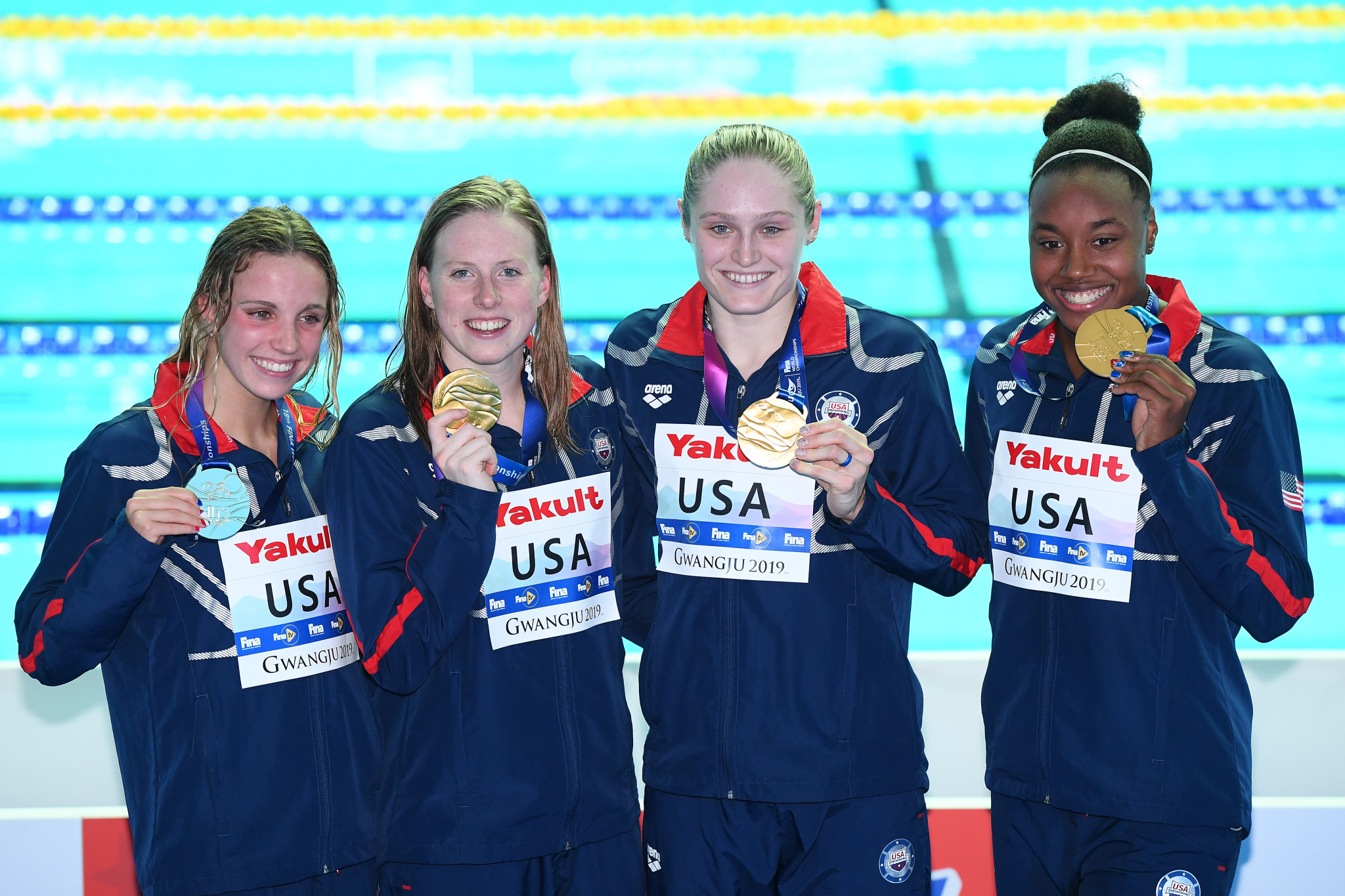 Smith swam the opening section in 57.57secs to set the US on the way to victory.

Smith, Lilly King, Kelsi Dahlia and Simone Manuel won the race in a record 3 minutes 50.40secs, more than three seconds ahead of runners-up Australia, while Canada were third in 3:53.58.

Manuel and King both won two golds today (July 28) after victories in the 50m freestyle and breaststroke, respectively, increasing to three and four their personal gold tallies.

Manuel caused an upset in the freestyle when she defeated world record holder Sarah Sjöström from Sweden.

Cate Campbell of Australia took bronze in 24.11 and Denmark's Pernille Blume was fourth despite being just 0.01 slower than Campbell and 0.07 slower than Manuel.

King won the 50m breaststroke in 29.84, ahead of Italy's Benedetta Pilato in 30.00 exactly, while Yuliya Efimova was third, the Russian swimming 30.15.

Daiya Seto, Japanese swimming's poster boy ahead of the Tokyo 2020 Olympics, laid down a marker ahead of next summer with victory in the men's 400m individual medley.

The opening final of the night saw a surprise, as Zane Waddell won the 50m backstroke from lane two.

The South African swam 24.43, edging out Evgeny Rylov of Russia into second place by 0.06.

Another Russian, Kliment Kolesnikov, swam 24.51 for bronze, less than a 10th of a second ahead of American duo Ryan Murphy and Michael Andrew.