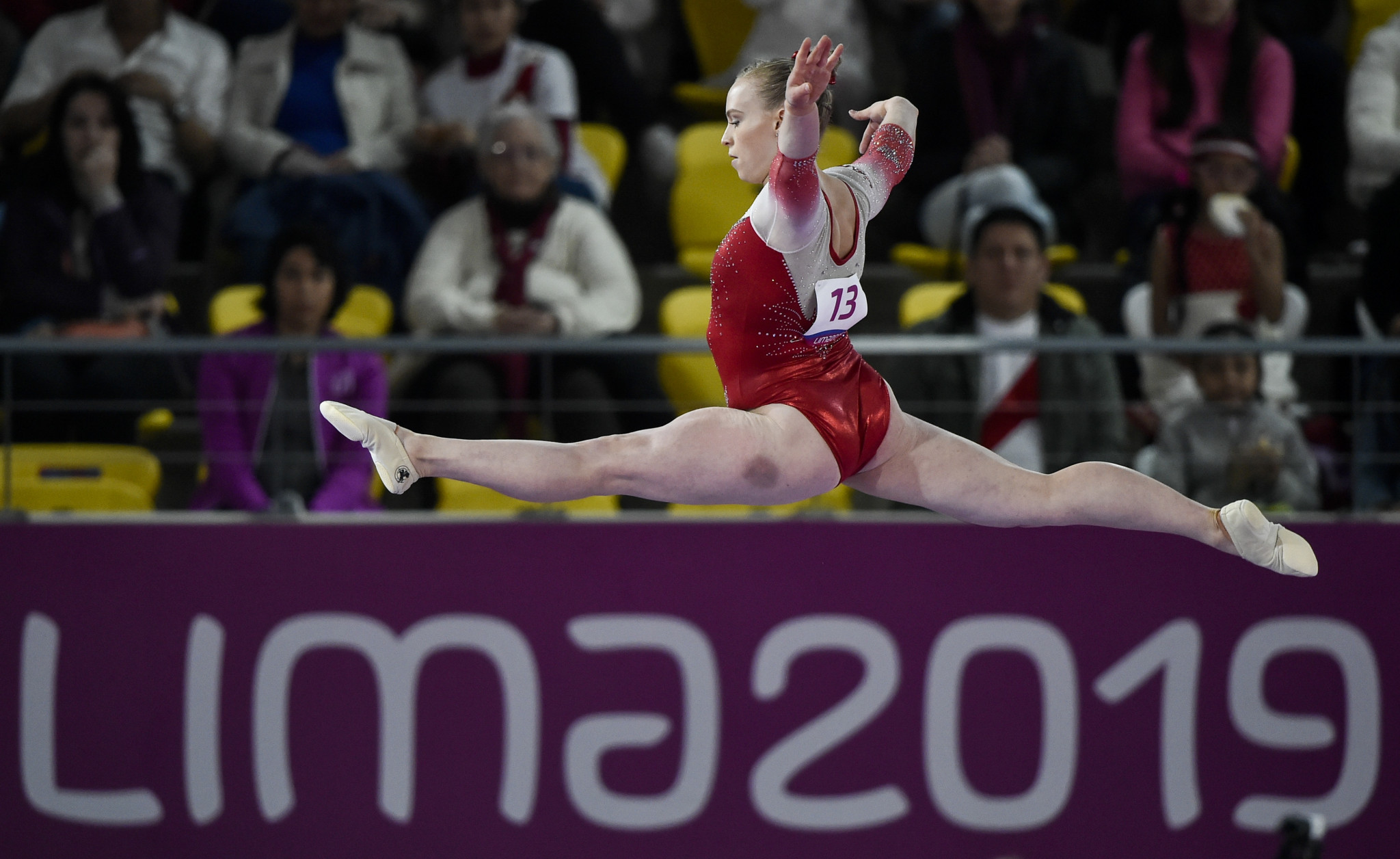 Ellie Black became the first woman to defend an individual all-around title at the Pan American Games after holding off the challenge from the United States’ Riley McCusker today.

The Canadian had triumphed in front of a home crowd at Toronto 2015 and made a fine start to her title defence at the Polideportivo Villa El Salvador.

Black topped the standings on 28.750 following impressive routines on the vault and uneven bars.

Her closest rival McCusker would close the gap in both the beam and floor events, but finished narrowly adrift of Black overall.

Bronze was earned by Brazil’s Flavia Saraiva, who scored 54,350 across four disciplines.

Brazilian success continued in the artistic gymnastics event, following their triumph over the United States in the men’s team all-around final yesterday.

Mariano had the edge on his compatriot in three of the six disciplines, along with finishing with the same score in two others.

His team-mate would still pip him to the overall title following a superb display on the rings, where Souza scored 14.250 to Mariano’s 13.050.

Bronze was earned by Canada’s Cory Paterson on 82.200.

Ecuador celebrated their first gold medal of the Games on the penultimate day of weightlifting competition.

Dajomes' lifted a total of 255kg to take the gold, with Mexico’s Aremi Fuentes second on 250kg.

Ecuador had appeared on course for a second gold when Jorge Arroyo led the men’s 109kg event after achieving a snatch lift of 190kg, with Venezuela’s Jesus Gonzalez trailing in second on 178kg.

Arroyo was unable to hold onto his advantage in the clean and jerk, as he managed 195kg before two failed lifts at 200kg.

It saw him drop to third place overall on 385kg.

United States’ Wesley Kitts took full advantage by lifting 217kg in the clean and jerk to end on 389kg.

Gonzalez ended as the runner-up on 388kg.

He was second after the snatch event behind Canada’s Boady Santavy, who managed 176kg.

The 1kg deficit was turned around in the clean and jerk, where the Colombian lifted 210kg to have a total of 385kg overall.

It forced Santavy to attempt 215kg to secure victory, but the Canadian faltered to end on 384kg overall.

Colombia’s fifth weightlifting gold of the Games were earned by Mercedes Perez, as the 2017 World Championship bronze medallist won the women’s 64kg event.

She achieved a snatch lift of 105kg, before producing a Pan American record 130kg in the clean and jerk.

It gave her a winning total of 235kg, three kilograms clear of United States’ Mathlynn Sasser in second.