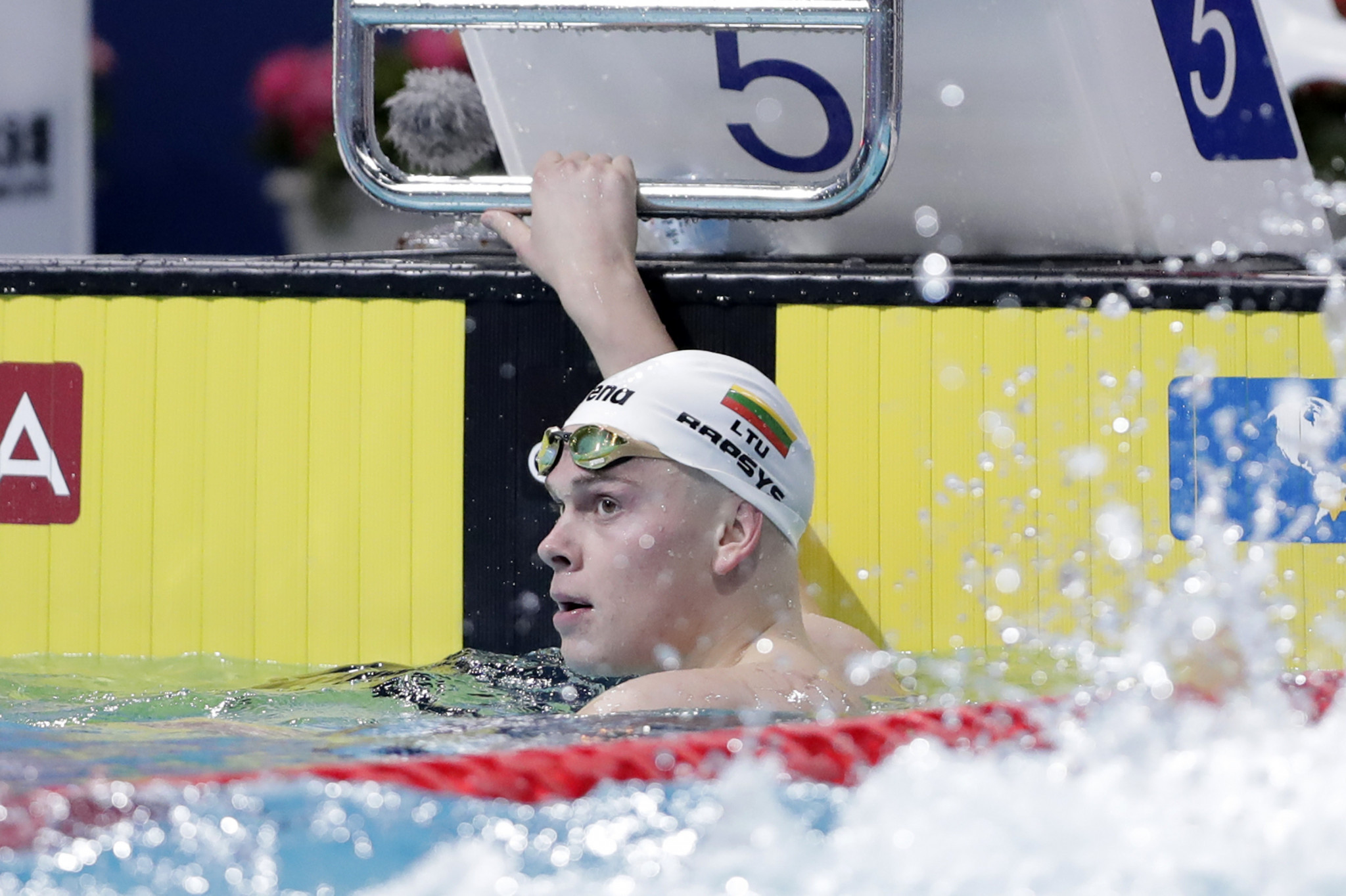 The 24-year-old clocked a time of 3min 45.57sec at the Tokyo Tatsumi International Swimming Center.

He finished 4.68 seconds clear of runner-up Zac Reid of New Zealand, with Canada’s Jeremy Bagshaw was 6.63 seconds behind in third.

"I am not completely satisfied but I think it was a good result," said Rapšys, who finished fourth in the same event at last month’s World Aquatics Championships in Gwangju in South Korea.

Schoenmaker, the silver medallist in Gwangju, triumphed in 2:22.35.

"I am very happy because I did not imagine such a good time," Schoenmaker said.

"I moved a lot, so I was tired in the morning, but I was able to relax and swim fast.

"I enjoyed swimming with world-class swimmers here in Tokyo."

Shymanovich, meanwhile, came out on top in a three-way battle with Japan's Yasuhiro Koseki and the United States' Andrew Wilson.

Of today's seven other gold medallists, three came from Australia.

Australia's two other winners were Emily Seebohm and Mitch Larkin.

Seebohm touched home first in the women's 50m backstroke in 28.03, with nearest challenger Caroline Pilhatsch of Austria 0.17 seconds back and third-placed Emi Moronuki of Japan a further 0.07 seconds behind.

Japan's Hayate Matsubara was 1.77 seconds off the pace in the bronze medal position.

One gold medal that got away from Australia today was that in the women's 50m freestyle event as Cate Campbell lost out by just 0.15 seconds to Sweden's Michelle Coleman, the winner in 24.66.

Japan's Shinri Shioura came second to Morozov in 21.92 and American Michael Andrew closed the podium in 21.94.

Hosszú was followed in the standings by Australia's Brianna Throssell and fellow Hungarian Zsuzsanna Jakabos, in 2:07.36 and 2:08.86 respectively, while Seliskar finished 0.29 seconds ahead of Australia's Grant Irvine and 0.33 seconds faster than Hungary's Szebasztian Szabo.

A further 12 events are due to take place tomorrow.

Competition will then draw to a close on Sunday (August 4).