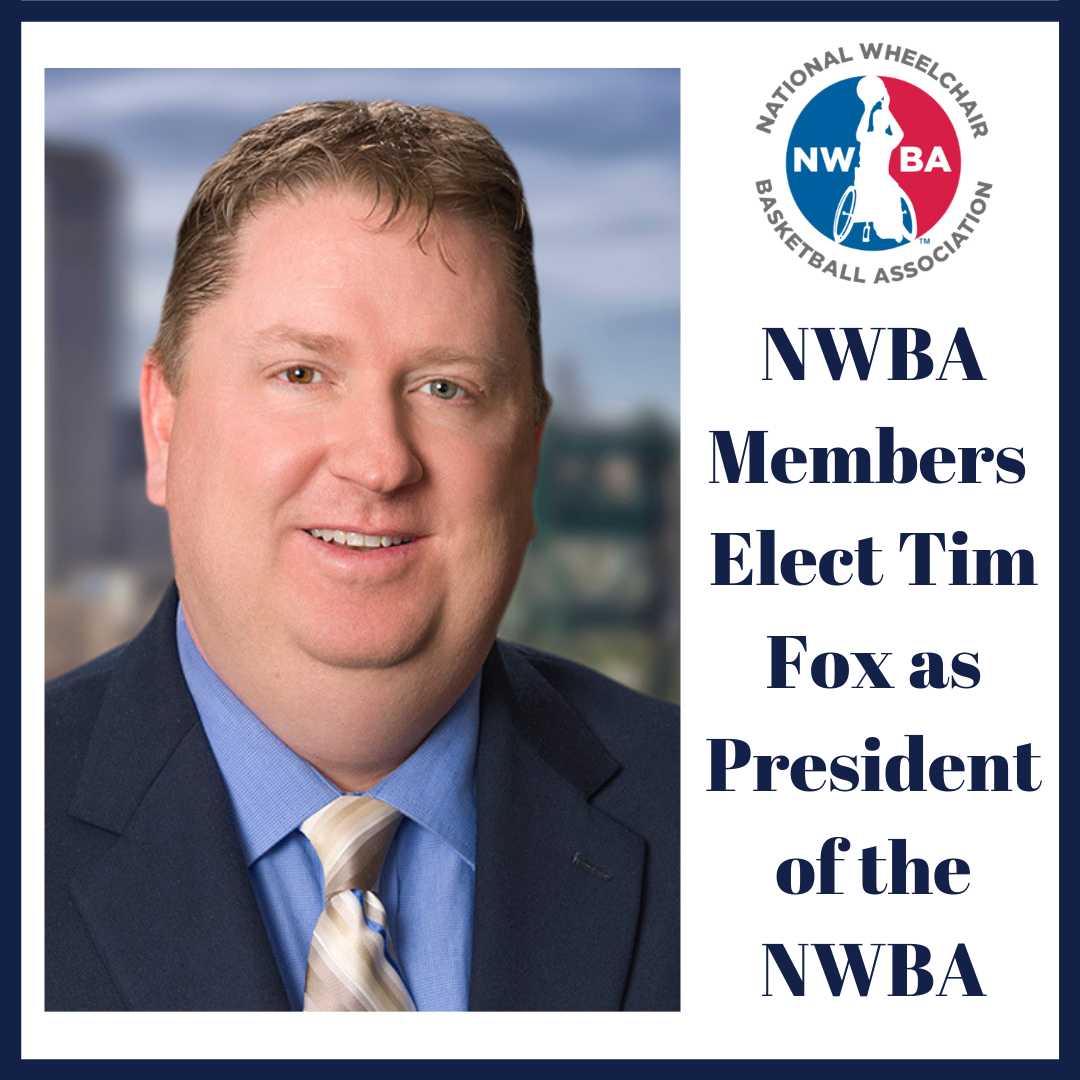 Tim Fox has been elected as the new President of the National Wheelchair Basketball Association (NWBA).

He will serve a four-year term after being confirmed in the role at the American governing body's Annual Assembly.

Fox takes over from Sarah Castle, who did not stand again, and has been involved with the NWBA since 2007.

Vincen Liddle also stood for the role of President but Fox, who coaches the Wheelchair Cavaliers team, was successful in Akron in Ohio.

In 2016 he joined the Board of Directors to fill the position vacated by Pat McCoy and was elected to a four-year term the following year.

He has served as secretary and also chaired the organisation's Audit Committee through "challenging" circumstances.

"I am honoured to have the opportunity to serve in the role of President for NWBA members," said Fox.

"Over the past 12 years, I have found a true passion in supporting the NWBA in a variety of leadership capacities.

"I am excited to start in this new role for the organisation and continue the advancement of the sport of wheelchair basketball and the NWBA mission."

Other positions have also been confirmed with Ryan Martin, Mike Godsey and Bruce Fischback taking on the respective roles of vice president, treasurer and secretary.

All of the appointments were welcomed by Will Waller, the five-times Paralympic and World Championship medallist who was appointed as NWBA chief executive in June.

"The NWBA is an organisation that is founded on self-governance," he said.

"We had great engagement throughout our divisional meetings and the Annual Assembly.

"I'd like to thank all who ran for a role to support the organisation and congratulate those who were elected.

"I'd also like to thank all the prior officers for their many years of contribution to our sport and mission.