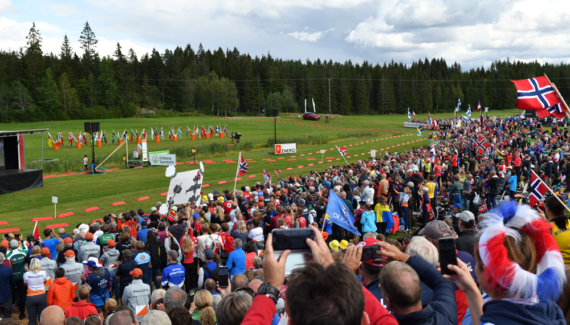 Lundanes cemented his status as one of the greatest long distance competitors of all time as he took gold in a time of one hour, 30min 09sec.

The Norwegian had trailed in the opening stages of the race as  multiple world junior champion Kasper Fosser set the early pace.

But Lundanes, now a six-time world long distance champion, proved too strong in the end, edging out Fosser by 1min 39sec.

Fosser claimed silver ahead of Switzerland's Daniel Hubmann, who completed the 16.6 kilometres course in 1:33:07.

The Swede was in superb form as she finished in 1:09:00 to secure gold over six minutes in front of her nearest challenger.

Alexandersson's compatriot Lina Strand was forced to settle for the silver medal in 1:15:16, while Switzerland's Simona Aebersold came through to earn bronze.

"I heard that I had a good lead when running through the spectator passage,” said Alexandersson.

"So I could relax a little on the last part of the course.”