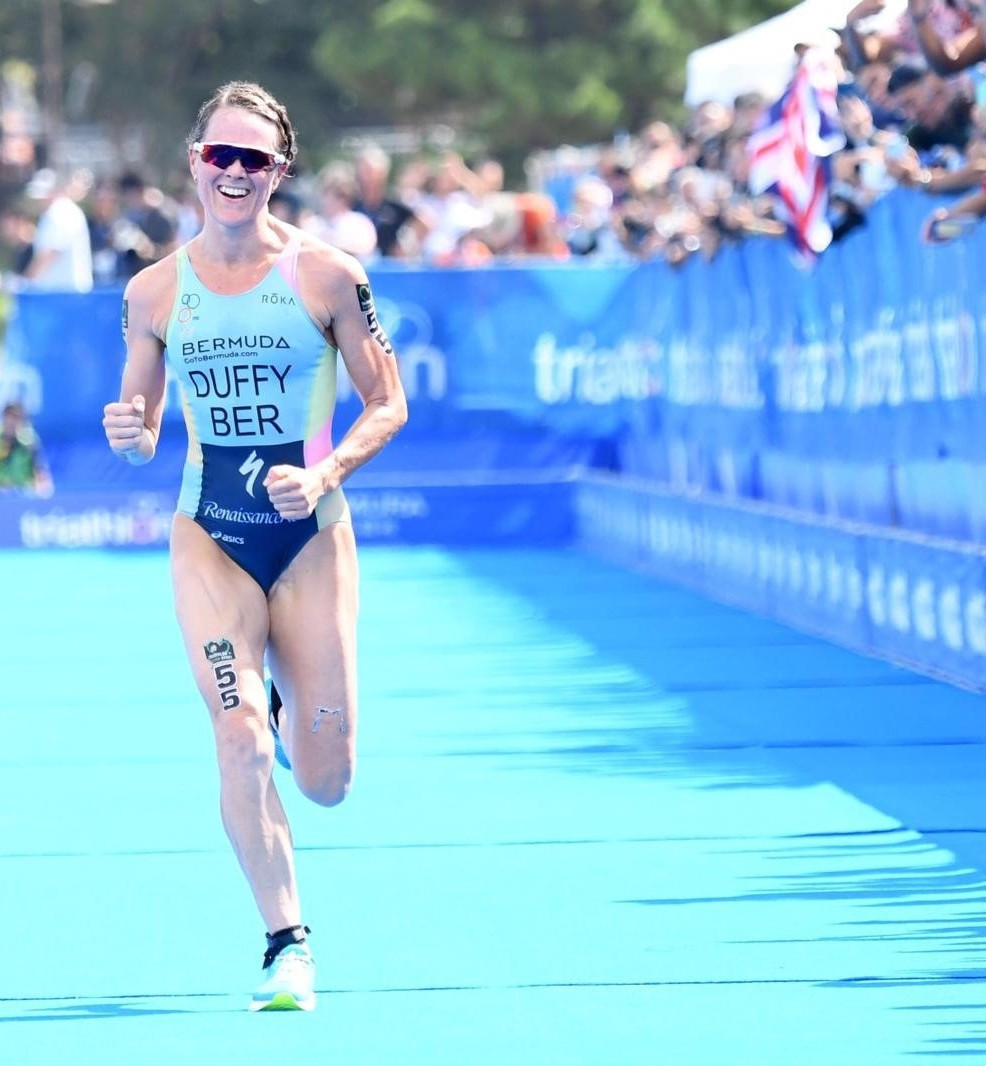 Bermuda’s Flora Duffy emerged victorious from a heat-affected World Triathlon Olympic qualifier, which doubled as a test event for Tokyo 2020, in the most unexpected fashion.

In her first event back following a year out with injury, Duffy triumphed after British leaders Jessica Learmonth and Georgia Taylor-Brown were disqualified for causing a deliberate tie after taking the tape hand-in-hand.

The 31-year-old’s bike display showed she has lost none of her trademark power and rhythm on two wheels and she hung on in the run to triumph in 1 hour 40min 19sec.

The officials' decision to disqualify Learmonth and Taylor-Brown was taken after it was deemed they had breached a rule that states: "Athletes who finish in a contrived tie situation, where no effort to separate their finish times has been made, will be disqualified".

The disappointment was clear from the two Britons who looked to have the beating of the tough course and extreme heat that led to organisers halving the distance of the running section to five kilometres in accordance with International Triathlon Union (ITU) rules to safeguard the athletes.

Team-mate Vicky Holland was magnanimous as she assumed third place in 1:41:11.

She finished behind Italy’s Alice Betto, whose silver medal-winning performance in 1:40:54 was enough to secure her a place at Tokyo 2020.

"There was a lot of cobwebs to blow away and it was hard from the start," Duffy said.

"I haven’t done this intensity in over a year and there were times that I didn’t think I’d be back at the pointsy end of a race so this is best case scenario.

"I loved the course, it was great to be back out with the girls again.

"I love racing hot and humid conditions, and the whole point was to come here and check out the conditions and for me that felt pretty good out there today."

Betto was delighted with her second-place finish.

"This is my third test event and the first one that I have done well.

"It was very tough with the high temperature but I felt good on the swim and the bike and luckily the run was only 5km, but I can’t believe that result.

"I just wanted to take the run step by step and not think about anything else and it worked."

Brazil's Vittoria Lopes held on for a superb fourth-place finish ahead of the United States' Summer Rappaport and Germany’s Laura Lindemann, both of whom qualified for Tokyo 2020.

The swimming and cycling segments of today's event were unchanged after the ITU deemed the water quality and temperature in the Odaiba Marine Park course to be within regulation.

The world governing body implemented a series of measures for the Olympic qualifier, due to continue with the men's race tomorrow, to help protect athletes from the high heat and humidity.

But Mexico's Cecilia Perez was among those to show the effects of the conditions, collapsing after finishing in 39th place.