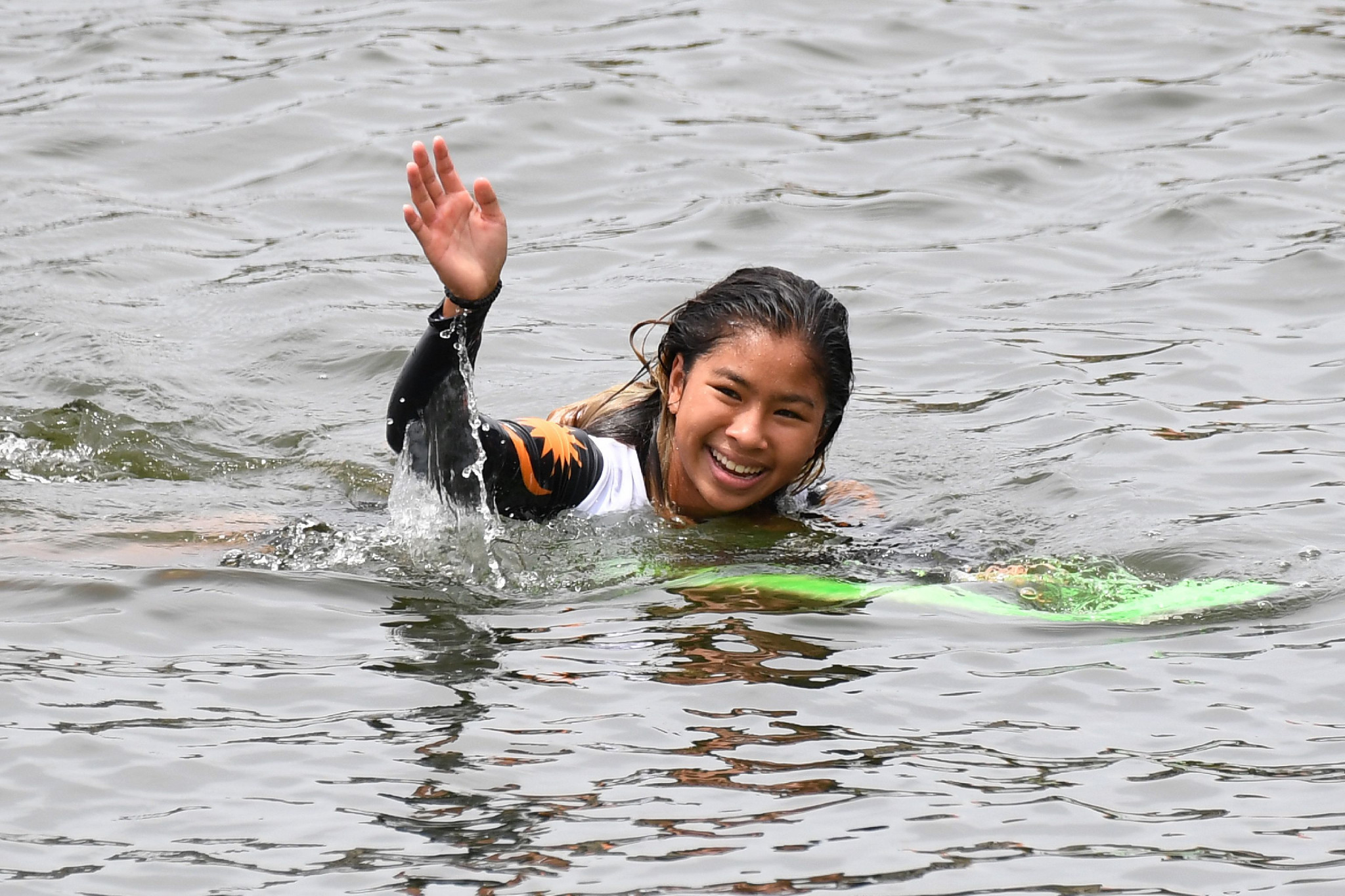 Aaliyah Yoong Hanifah is in with a shot of a dream home medal at the International Waterski and Wakeboard Federation (IWWF) World Waterski Championships after reaching the final of the women's tricks competition.

The 16-year-old Malaysian finished in the top 12 to book a place in tomorrow's final at the Putrajaya Water Sports Complex.

Yoong performed a four-flip run on one attempt to set a new Asian record for a single trick, of 7,320 points, which proved enough to put her through.

"I am quite used to the winds here because obviously this is the place I ski, but (just now) it was quite choppy and windy, so I have to adapt to it," she told reporters after the event.

"Being listed in finals today is special to me, and doing it in my own country Malaysia, it feels good to be on home ground with all my family and friends supporting me."

Yoong qualified ninth of 12 finalists in the tricks event, Canada's Neilly Ross topping the standings with a score of 10,350.

IWWF world number one Regina Jaquess will not be contesting the final after only finishing 14th, ending her chances of winning a fourth successive overall title.

Jaquess is still in the hunt for a fourth straight slalom final, however, after qualifying in second place for the final behind France's Manon Costard.

In the overall women's standings, Whitney McClintock of Canada leads with 2,701.51 points, ahead of United States duo Brooke Baldwin and Anna Gay with 2,651.46 and 2,499.41, respectively.

In the men's competition, world number one Joel Poland of Britain is currently fourth in the overall standings and has qualified for the finals of the tricks and jump competitions.

Martin Kolman of Czech Republic leads the overall rankings on 2,755.56, ahead of compatriot Adam Sedlmajer on 2,737.80, while reigning champion Felipe Miranda of Chile is eighth.

Tomorrow sees the final of the women's slalom and men's tricks events.

The men's slalom, women's tricks and both jump finals are scheduled for Sunday (August 18).