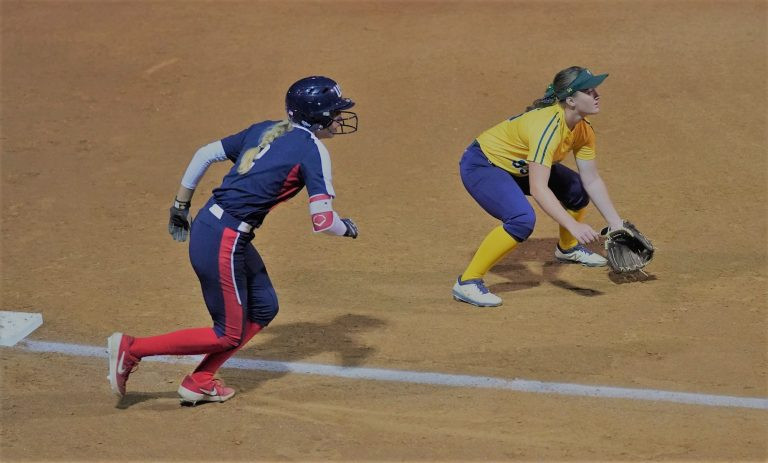 United States will face Japan in the final of the World Baseball Softball Confederation Women's Under-19 Softball World Cup after they both claimed big wins in Irvine.

Hosts the US secured top spot in the Super Round table with a 100 per cent record as they completed shut-out victories in their final two matches at Bill Barber Park.

They defeated China 6-0 in the afternoon, before easing to a 9-0 win over Australia, called to an early halt after the end of the fifth inning.

Pitchers Montana Fouts and Alexis Kilfoyl were exceptional against the Chinese.

Japan thrashed Mexico 11-0, which they realistically wrapped up at the end of a first inning after they scored nine runs.

The bronze medal match will take place between Canada and Australia.

Canada finished third in the table with a 5-4 victory over Puerto Rico, Grace Messmer coming on to pinch-hit and striking the winning run in the seventh inning.

Australia ensured their hefty loss to the US meant little after they hammered fifth-placed Chinese Taipei 12-3 earlier in the day.

Chinese Taipei had looked favourites to progress and were 3-1 ahead in the seventh inning.

But Australia roared through with 11 runs to give themselves a shot at the podium.