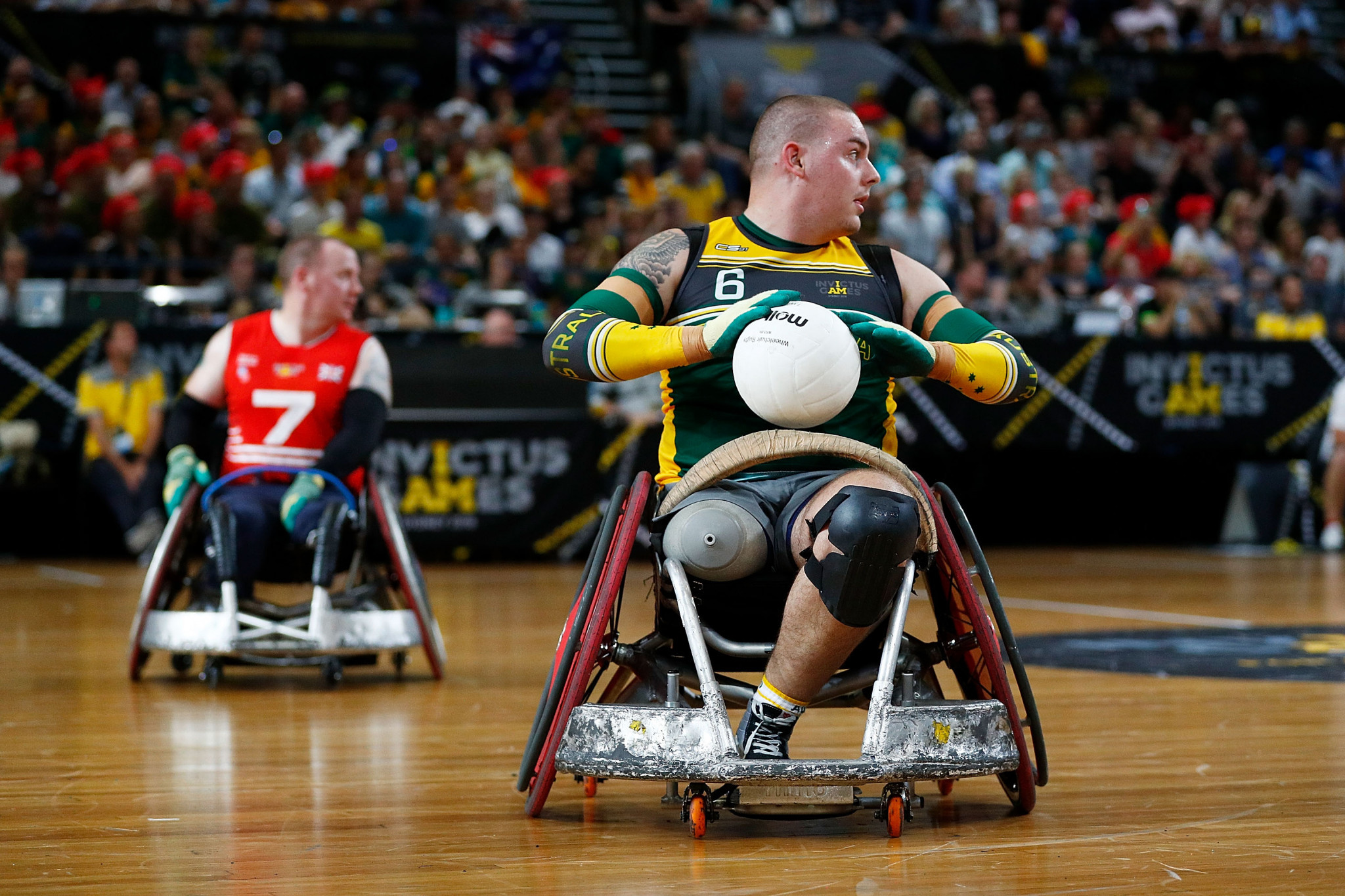 Nicholas Scott, who recently transitioned from wheelchair basketball, will make his competitive debut.

The five-team Championships, taking place from September 3 to 10, will act as a qualifier for the Tokyo 2020 Paralympic Games.

Australia, who claimed Paralympic wheelchair rugby gold at Rio 2016 and London 2012, have already booked their place for Tokyo after finishing as runners-up at last year's World Championships in Sydney.

They lost out to Paralympic hosts and automatic qualifiers Japan, who will also feature at the Asia-Oceania Championships.

This leaves New Zealand, Thailand and South Korea battling for a Tokyo 2020 spot in Gangneung.

"It is a bit of a relief to have already qualified for Tokyo so we won't have to worry as much about the results, but that doesn't mean we aren't taking it seriously," said Australia's head coach Brad Dubberley.

"Anytime we play Japan and New Zealand, it's a war.

"If we're complacent, they can embarrass us.

"And while South Korea and Thailand are developing nations in our sport, they are going to love testing themselves against us and are likely to try and unsettle us.

"We need to keep our heads down and make sure we continue to work hard.

"There is a lot at stake over the next 12 months."

It will be Australia's first competition since a disappointing tour of the United States in May, which saw them finish fourth out of Britain, Japan and the US.

"We learnt a lot from our US Tour and now it's about converting those lessons into practical outcomes and growing further as a team," Dubberley said.

"The biggest lesson we have learnt is the gap between the world's top teams has never been narrower, the four or five best teams can beat each other on any given day.

"It's a massive motivator for us to keep finding ways to improve and to not waste any opportunity to play well at international level, whether it's against Thailand competing at their first ever Asia Oceania Champs next month, or Japan.

The top qualifier will move directly into the gold medal match on September 9 and will play the winner from the semi-finals.