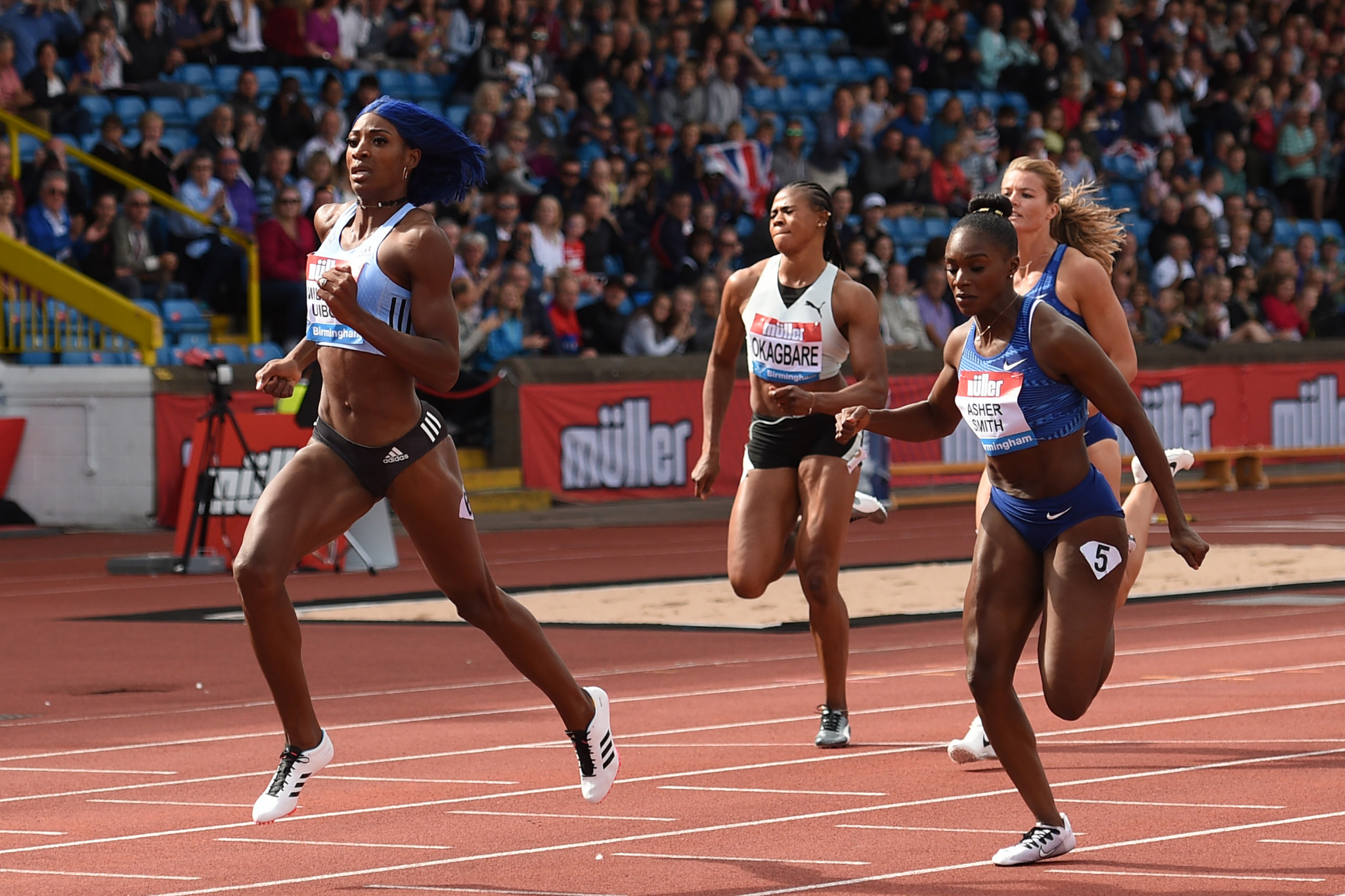 Shaunae Miller-Uibo, the Rio 2016 400 metres champion, used all her power and confidence to hold off Britain’s European 100 and 200m Dina Asher-Smith and win a women’s 200m that could have been a world final at Alexander Stadium in Birmingham today.

But having clocked 22.24sec in cool and blustery conditions at the eleventh of this season’s International Association of Athletics Federations (IAAF) Diamond League meetings, the 25-year-old Bahamian confirmed that she will be not be a contender for this year’s World Championship 200m final in Doha, as the timetable precludes her doubling up with the 400m.

"My race didn’t go as planned - I made a few mistakes,”  Miller-Uibo told the BBC - but she finished well enough as she resisted the pressure her smaller rival had applied with an eyeballs-out effort around the bend.

Asher-Smith said: "The competitor in me always wants to win, but this could have been a world or Olympic final – and I would have been on the podium!"

The women’s long jump proved to be another compelling competition that was eventually won by a non-specialist - albeit a non-specialist Olympic, world and European champion in the form of Belgium’s heptathlete Nafissatou Thiam, who produced a national record of 6.86 metres.

Španović who has jumped 7.10m outdoors and 7.24m indoors, responded to Thiam’s third round flourish with an effort of 6.85, and Thompson – who recovered her form after two opening fouls= matched that mark with her final effort to take third place on countback.

It was the Briton’s best effort since 2014 and her second best ever.

Looking ahead to the World Championships, the heptathlon battle between Thiam and the Briton she beat to the European title last summer is going to be fierce indeed.

Danielle Williams of Jamaica, a surprise winner of the 100m hurdles world title in 2015, is looking increasingly like a world champion-in-waiting.

Having run 12.32, the fastest time of the season, at last month’s IAAF Diamond League meeting in London, she defeated a top field today with a flowing and composed performance, clocking a meeting record-equalling 12.46.

The United States' world record holder Kendra Harrison - running in lane one after only making the final as a fastest loser in 12.93m following an argument with several hurdles – second in 12.66 and Nigeria’s Commonwealth champion Tob Amusan third in 12.71.

Britain’s Adam Gemili, finally looking like himself after a long period of injuries, produced a late surge in the men’s 100m to challenge Jamaica's Yohan Blake, and finished just eight thousandths of a second adrift of the Jamaican, with both clocking 10.07.

The whole field finished within a tenth of a second of each other.

Asian champion Cheng Chao-Tsun produced an upset in a men’s javelin competition involving six of the top seven throwers in the world this year as he won with a final round season’s best of 87.75m.

There was no response to the Chinese Taipei thrower from any of the five present who have lifetime bests beyond 90 metres.

Jakub Vadlejch of the Czech Republic was second with 85.78m, and Magnus Kirt of Estonia third on 85.29m.

A trademark front-running performance from Konstanze Klosterhalfen saw her win the women’s mile in a German record - and meeting record - of 4min 21.11sec from Gabriela Debues-Stafford of Canada, who clocked 4:22.47 and Britain’s Eilish McColgan, third in a personal best of 4:24.71.