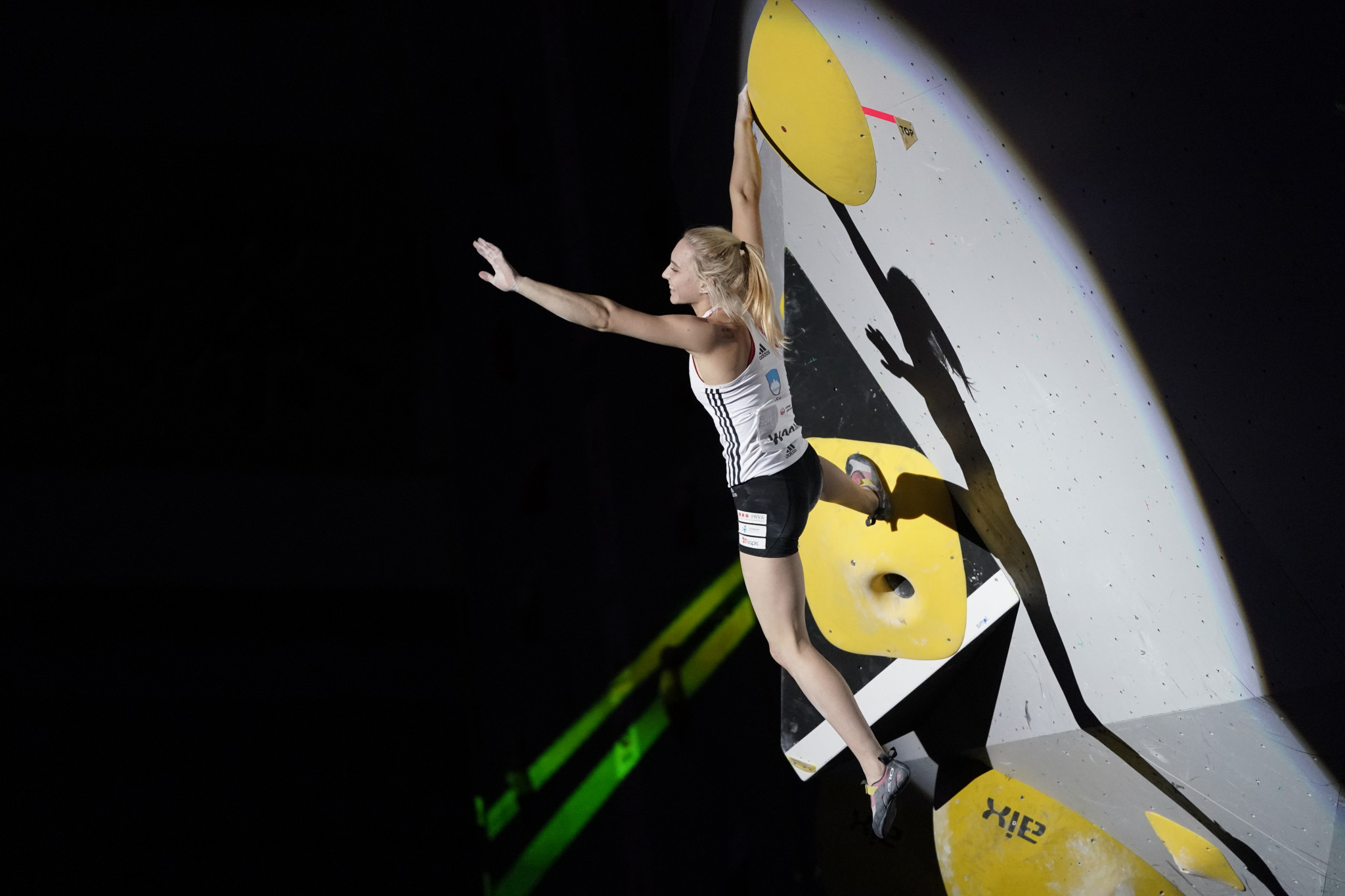 The Slovenian laid down a huge marker before climbing's Olympic debut at Tokyo 2020, where the combined will be the sole event contested.

She ended on a total of 12.00 points as she added to the individual bouldering and lead titles she had already claimed at the Ésforta Arena Hachiōji.

Garnbret was sixth out of eight finalists in the opening speed discipline, but was second in bouldering and topped the pile in lead to claim victory.

The Slovenian was one of only two athletes to achieve a top in the bouldering as she confirmed her status as the world's best all-round female climber.

"But I enjoyed every single round and it just feels amazing.

"I have had a dream season."

Akiyo Noguchi won home silver for Japan to give the Tokyo 2020 host nation hope of success at the Olympics.

She ended on 21.00 points after winning the bouldering alongside respective finishes of third and seventh in lead and speed.

Noguchi had already won a silver medal in the individual bouldering.

Shauna Coxsey, who topped the qualification round, clinched bronze with a second place in speed, a third place in bouldering and a seventh place in lead.

The Briton ended on 42.00 points and earned a second third place following her bouldering bronze.

Alexandra Miroslaw of Poland topped the speed round after also winning individual gold in the discipline in Hachiōji, but missed out on a combined medal in fourth place.

The men's combined final is tomorrow on the last day of the Championships.