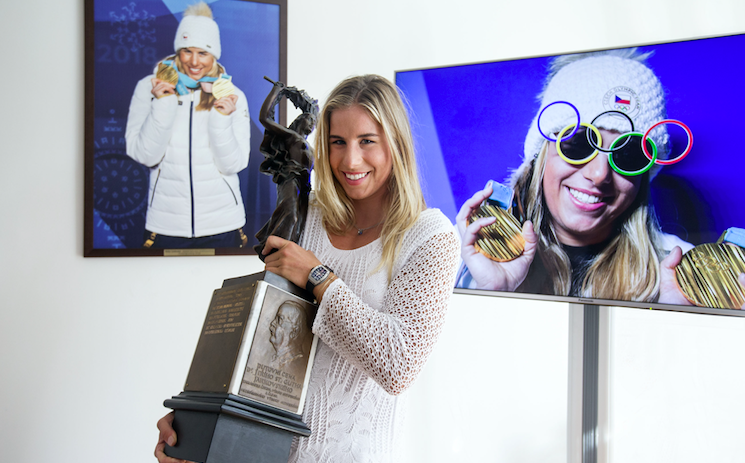 Ledecká became the first woman to win gold medals in different sports at the same Winter Olympics, claiming titles in Alpine skiing and snowboarding at the 2018 Games, and has now won the Jiri Stanislav Guth-Jarkovsky Award.

"It is special because athletes themselves – each of whom have their own sport and life story – vote for the winner.

"It feels almost inappropriate to be among such legends who have received this award before me, but I am very happy for that."

Ledecká, who claimed gold in the super-G Alpine skiing and parallel giant slalom at Pyeongchang 2018, received the award at a ceremony attended by 30 athletes and members of her family.

"I am glad that athletes acknowledged that."