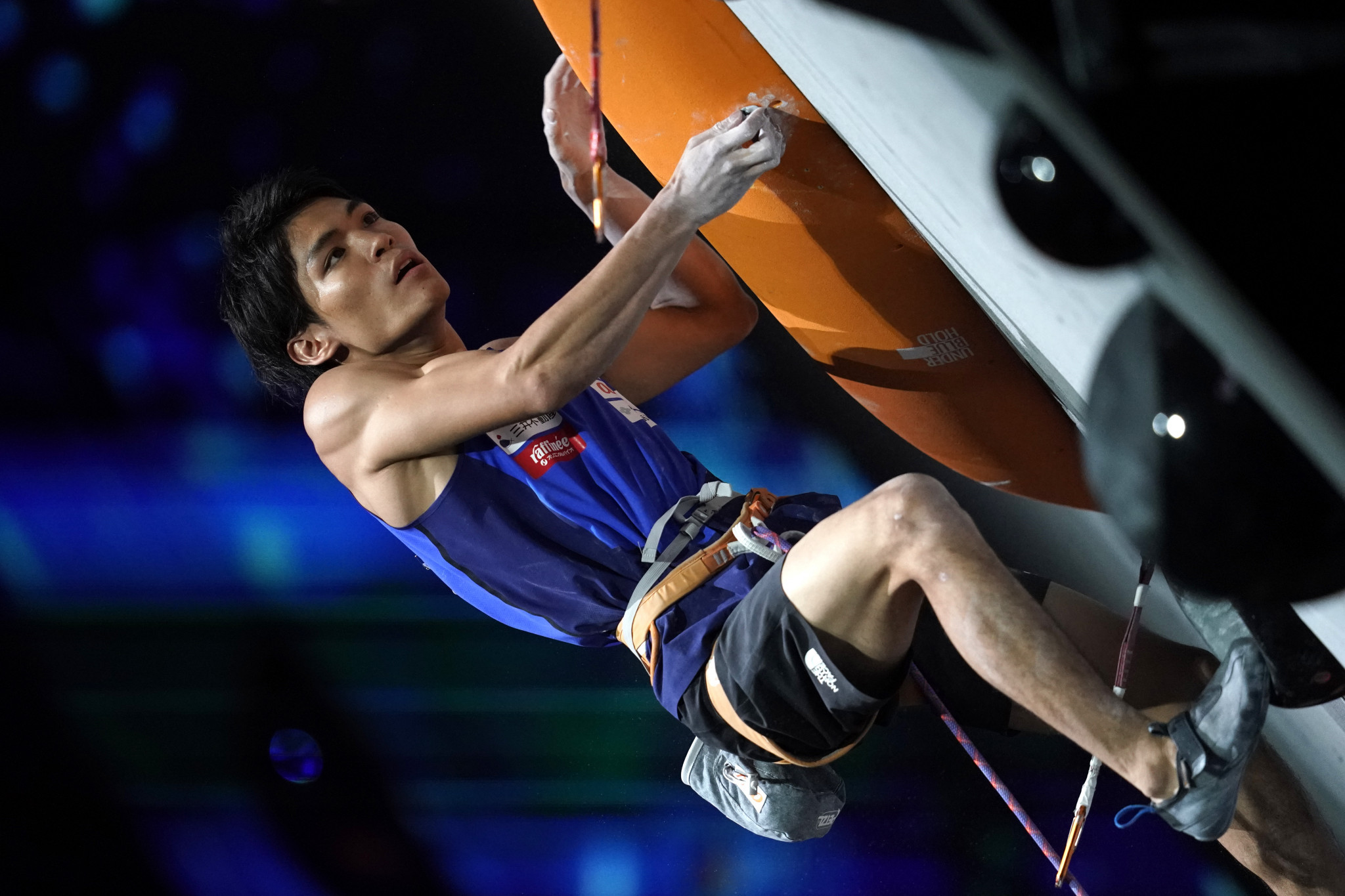 Japan's Tomoa Narasaki won the men's combined on home soil on the final day of the International Federation of Sport Climbing World Championships at the Ésforta Arena Hachiōji.

The home favourite won his second gold medal of the event after his individual bouldering title, ending on a total of 4.0 points.

His success means he will be a huge host nation hope for gold when climbing makes its debut at the Tokyo 2020 Olympics.

The combined, which joins together the climbing disciplines of speed, bouldering and lead, will be the only event contested at the Games next year.

Narasaki was second behind Kazakhstan's Rishat Khaibullin in the opening speed phase but he won the bouldering to put himself in control.

He then ended second again in the lead at a venue which lies just to the west of Tokyo.

"This has been my biggest goal this year, so I'm pleased that I've done it," Narasaki said to The Japan Times.

Defending champion Jakob Schubert of Austria had to make do with silver this time on 35.0 points.

He was seventh in speed, fifth in bouldering and first in lead.

The medal was the Austrian's third from Hachiōji after individual bouldering silver and lead bronze.

Khaibullin was eighth and last in bouldering but fifth in lead to take overall bronze on 40.00 points.

Germany's Alexander Megos had topped qualification but had to withdraw from the final after picking up a finger injury during the bouldering.