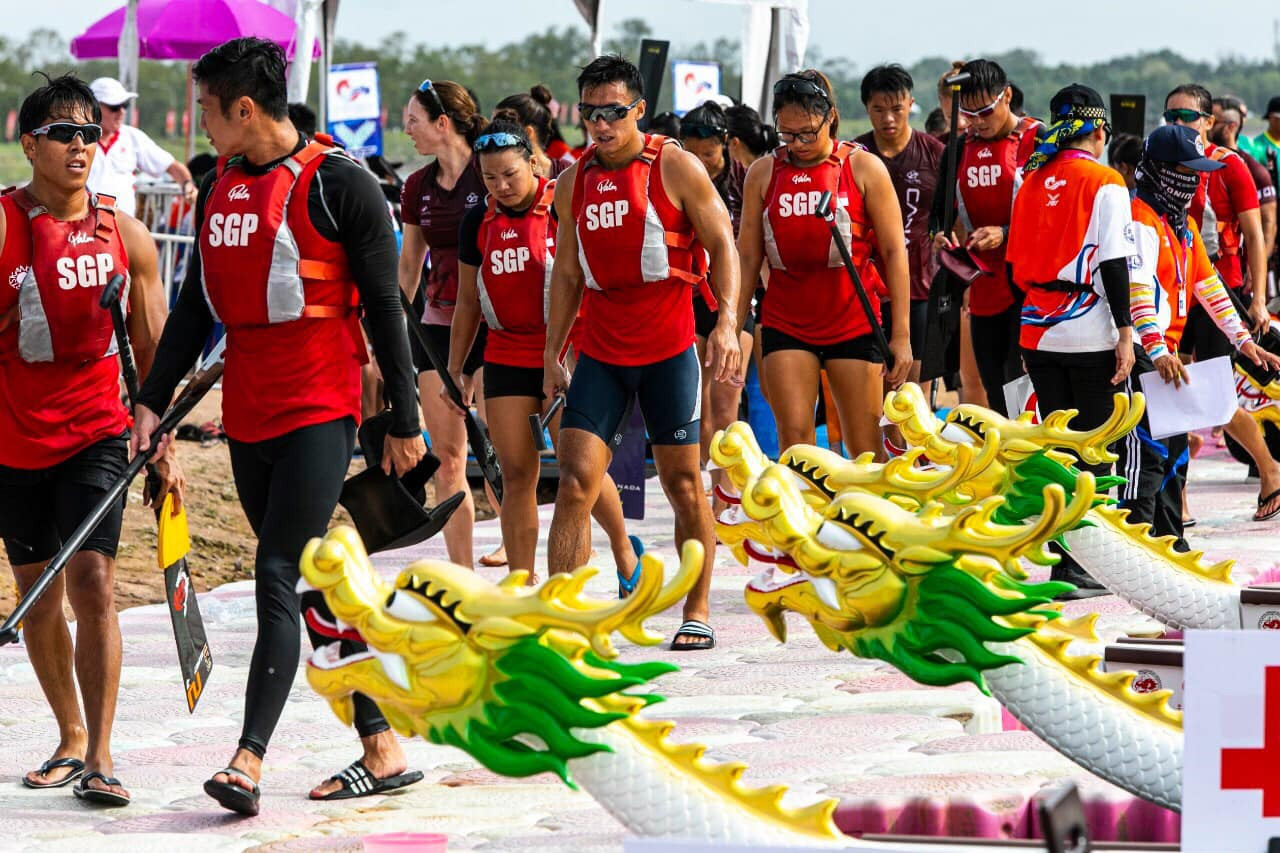 With only standard boat division racing, which sees 10 rows of between 18 and 20 rowers along with one drummer and one steerer, it was the Canadians who celebrated a double victory.

The first triumph was in the senior A open category, with no restrictions on crew composition.

They followed that up with victory in the mixed category, which requires a minimum of eight and a maximum of 10 of each gender.

In winning the open title they clocked 3min 56.913sec to finish ahead of hosts Thailand and Germany.

A more comfortable victory came in the mixed event as Canada won in 4:07.374.

Germany were almost four seconds behind in 4:11.117 to pip the United States to silver.

The home fans celebrated as Thailand claimed gold in the premier women's class.

They were first over the line in 4:09.041 in a blanket finish that saw just 0.2 seconds splitting the top three.

Indonesia won the premier mixed final in 3:55.485 as the US took second place.

The premier open category was won by Chinese Taipei in 3:43.897.