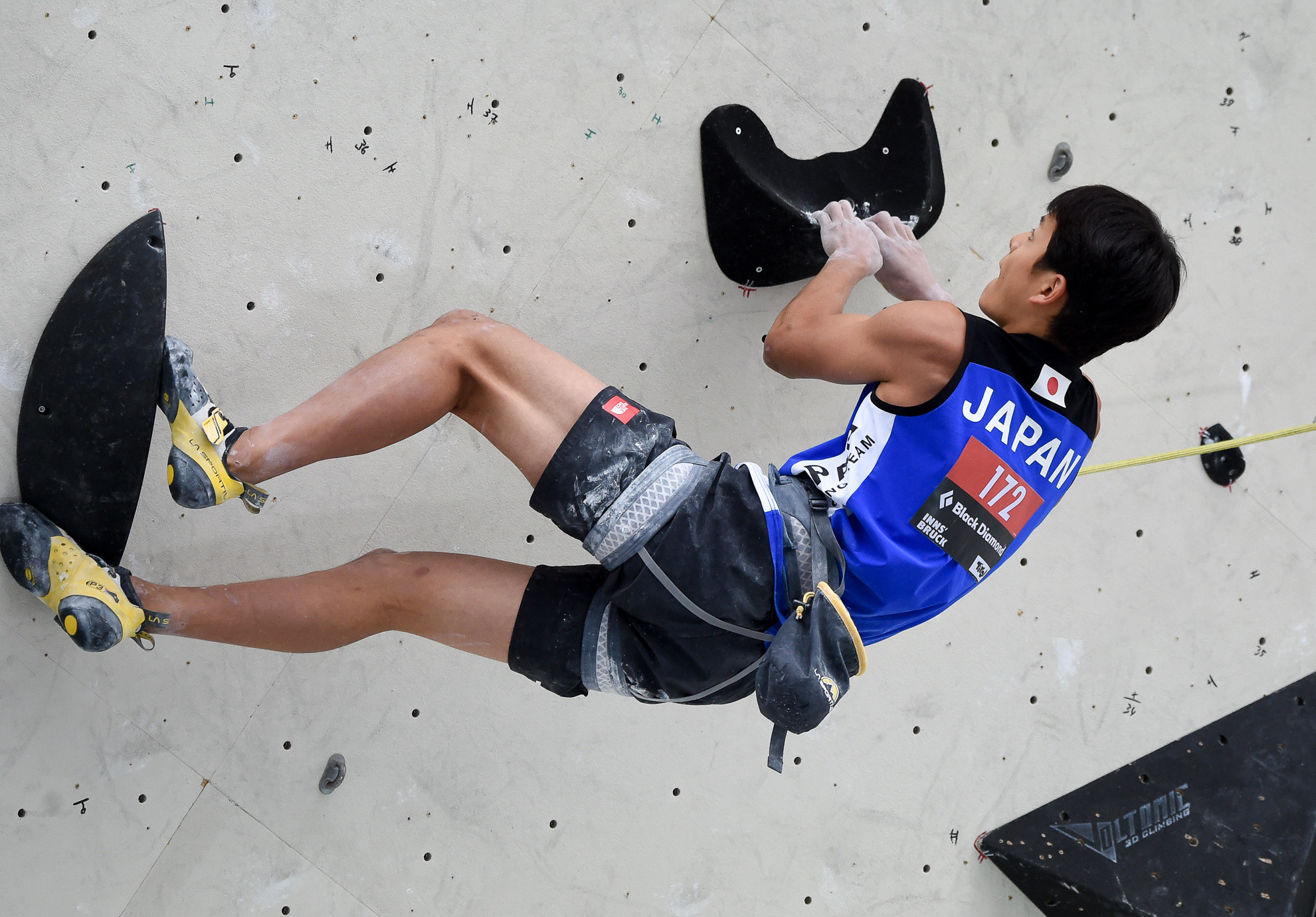 At the RockMaster Climbing Stadium, Junta Sekiguchi and Haruki Uemura both topped the climbing wall, with Sekiguchi taking the gold medal owing to his quicker time.

Uemura finished second, with compatriot Satone Yoshida earning bronze with a score of 49.

There was more glory for Japan in the junior final, as Shuta Tanaka and Shota Amagasa claimed a one-two, respectively.

Tanaka topped the men's route but ran out of time and was awarded a 48, with Amagasa second on 46+.

Congratulations to the first podium winners of the 2019 #IFSCywch. pic.twitter.com/ZiIQ4aE0ul

Italian Filip Schenk had finished second in qualifying for the junior lead final but was forced to withdraw from the competition with a finger injury.

Alistair Duval of France collected bronze with a score of 43.

In the women's youth B lead final, Oriane Bertone of France topped the rankings on 42.5 points.

Japan's Hana Koike finished second on the same score, with Aleksandra Tokova of Bulgaria taking the bronze medal on 40 points.