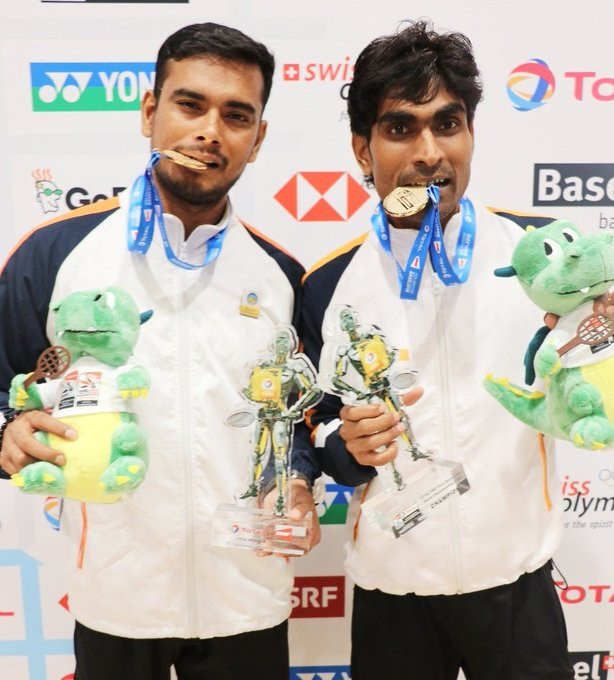 World number one Pramod Bhagat fought back from losing the first game to clinch a second gold medal at the Badminton World Federation Para Badminton World Championships in Basel.

England's Daniel Bethell raced out the blocks to win the opener 21-6 in the men's singles SL3 final before Indian star Bhagat battled back to win the next two games 21-14, 21-15.

Bhagat had already claimed the men's doubles SL3-4 title alongside Manoj Sarkar at St. Jakobshalle in the Swiss city.

His victory was a third gold for India, who finished the week with 12 medals, the same tally they collected at the 2015 World Championships.

"I took time to find my rhythm and thus started slow in the first game," Bhagat said.

"But in the second game, I increased the pace and tried controlling the match.

"I have played Bethell many times, so knew it will be a tough match.

"I am happy to finish on the winning side and take my third singles gold."

There was disappointment though for Bhagat's compatriot Tarun Tarun, who was forced to retired from his SL4 singles final.

Tarun twisted his leg midway through the opening game, handing the title to French world number one Lucas Mazur.

Afterwards, the 18-year-old said: "This has been my dream for two years since I lost to Rachel in Korea.

"I've been waiting for this moment all my life, to be the world champion."

There was more glory for Japan as Sarina Satomi defeated Sujirat Pookkham of Thailand 21-16, 21-15 to win the women's WH1 title.