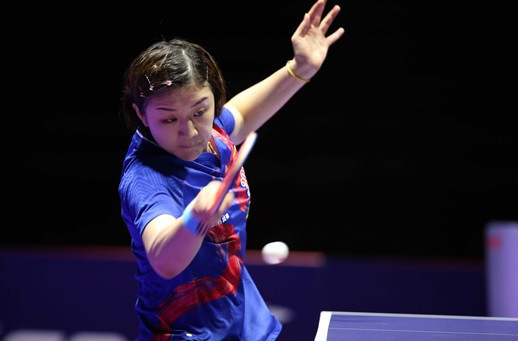 The ITTF confirmed the season-ending tournament, where the top four mixed doubles teams will qualify for the 2020 Olympic Games in Tokyo, will take place in the Chinese city from December 12 to 15.

The World Tour Grand Finals have only twice been held outside of the continent since 2003.

The annual ITTF Star Awards - which reward the best players from the past year - will be held alongside the tournament in the capital of east-central China's Henan province.

🇨🇳 Zhengzhou will be the host city of the 2019 #ITTFGrandFinals! 🙌

"We are confident that the 2019 ITTF World Tour Grand Finals in China will be the best yet in the history of our sport."

China has been a regular host of the ITTF season finale, holding the event in three consecutive years between 2003 and 2005.

The country last staged the Grand Finals in 2012, and the 2019 competition will be the eighth hosted by China since its inception in 1996.

"The announcement is the fruit of a flourishing partnership between the ITTF and CTTA, with both parties fully committed to taking the sport of table tennis to unprecedented heights," added ITTF chief executive Steve Dainton.