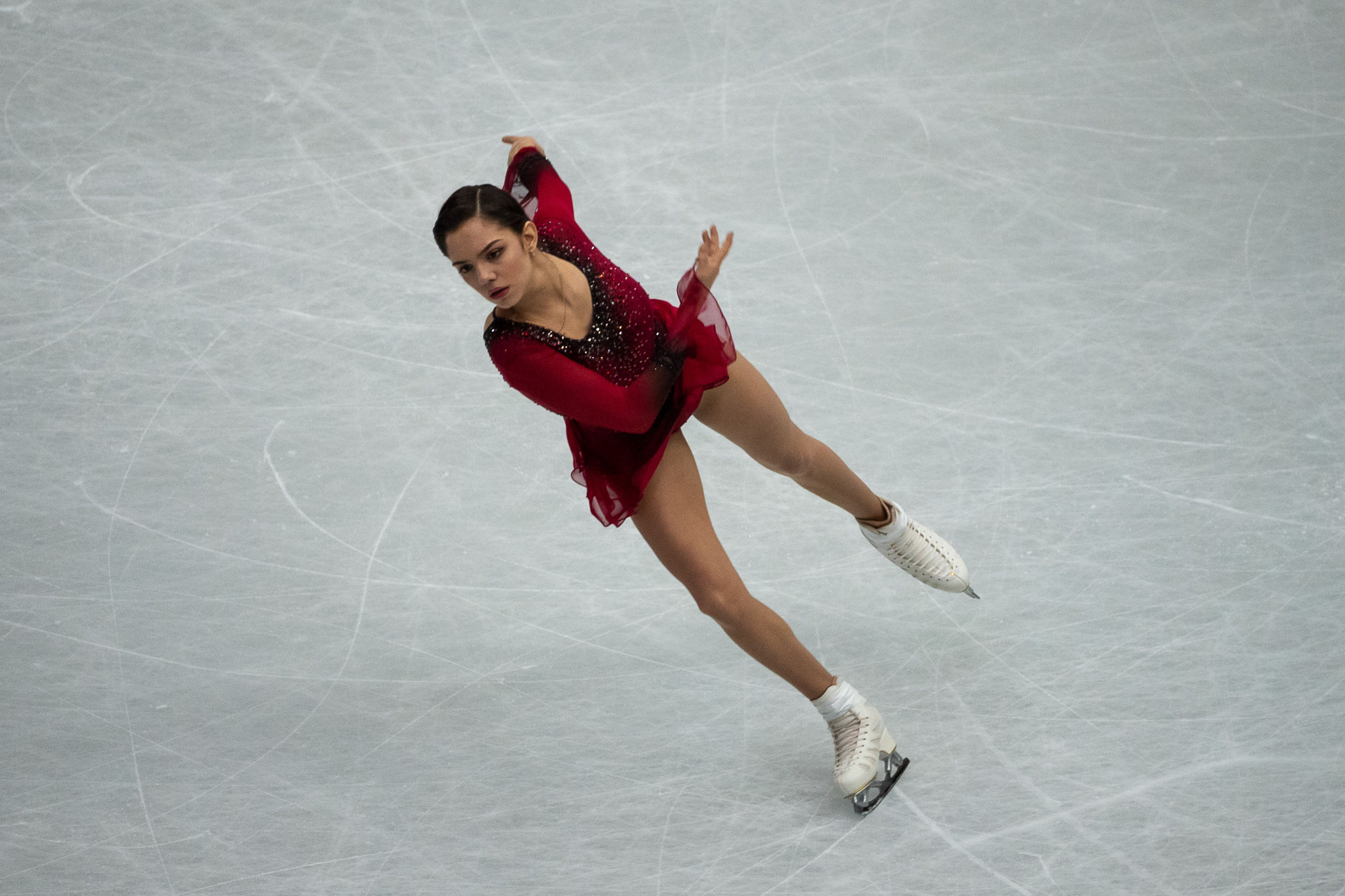 Figure skater Evgenia Medvedeva has been appointed as the Russian Olympic Committee's (ROC) ambassador for the Tokyo 2020 Olympics.

The 19-year-old double Olympic silver medallist will take on the ceremonial role at the Games in Japan next year.

"Both the ROC and the athlete herself view this as a completely new and at the same time very interesting experience of interaction, given the fact that Evgenia remains an active figure skater and will continue to train comprehensively and perform in the new Olympic season," the ROC said.

The 19-year-old Medvedeva has already been a vocal figure away from the ice.

She spoke at the International Olympic Committee's (IOC) Executive Board meeting in Lausanne in December 2017 to plea for Russian athletes to be allowed to compete under their own flag at the Pyeongchang 2018 Winter Games.

It proved unsuccessful, as the country was forced to compete under the neutral "Olympic Athletes from Russia" name due to the manipulation of the anti-doping system at events, including their home Sochi 2014 Games.

The ROC was suspended, but the teenager argued the country's case again and the ban was lifted by the IOC immediately after the Olympics, despite two Russians failing drug tests while in South Korea.

Medvedeva's role in Japan also comes after she received a threatening letter from an anonymous source, after taking part in a 'Fantasy on Ice' show in the country in June.

"Devil, get out of Japan," the letter, shared by United States skater Johnny Weir on his Twitter account, said.

"No-one want [sic] to see your face in Japan.

"Japanese all hate you.

"Go back to Russia and get out of Japan."

Medvedeva said she had not been upset by the message and thanked those who provided support.

"It is a great honour for me to become the ambassador of Team Russia," Medvedeva said.

"The Games in South Korea last year gave us all unforgettable emotions that are still vivid in our memories.

"The upcoming Games of the Summer Olympics in Japan are a great chance for our summer sports athletes to prove themselves, to compete for Olympic medals and the honour of Russia.

"I sincerely want to support our athletes in Tokyo and help highlight their performances as much as possible.

"I am grateful to the Russian Olympic Committee for their trust and such a unique opportunity.

"I accept it with pride and at the same time I can assure you that the status and mission of the ambassador of the Russian Olympic team will not interfere with my training process and participation in competitions."

Medvedeva, the world champion in 2016 and 2017, was considered the gold medal favourite in Pyeongchang, but had to settle for silver as team mate Alina Zagitova took a surprising victory.

She won a second Olympic silver medal in the team event behind Canada, but later split from coach Eteri Tutberidze to link-up with Canadian Brian Orser.

"It so happened that Evgenia Medvedeva has been destined to have close ties with the Olympic Movement in Russia over the past few years," said Pozdnyakov, an Olympic team fencing champion from Barcelona 1992.

"Evgenia gave a speech at the IOC Executive Committee in December 2017, defending the right of our athletes to participate in the Olympic Games in South Korea.

"Then, during the Games in Pyeongchang, having become a two-time silver medallist, on the penultimate day of the Games, with dignity, courage and charm, she again persuaded the representatives of the International Olympic Committee for the need to officially reinstate Team Russia.

"On that occasion, in February 2018, we gave speeches at the IOC Executive Committee together, and I can confidently say that Evgenia is highly respected by our fellow colleagues from international sports organisations not only as an outstanding athlete, but also as a wonderful person, a true diplomat who is trusted and believed.

"Therefore, I believe that her appointment is ideally suited for the role of ambassador of the Russian Olympic team.

"Moreover, the Games will be held in Tokyo, and Medvedeva's popularity in Japan is extremely high.

"Besides, Evgenia is a cheerful, sociable and well-rounded person whose positive energy will be useful for every Russian athlete."