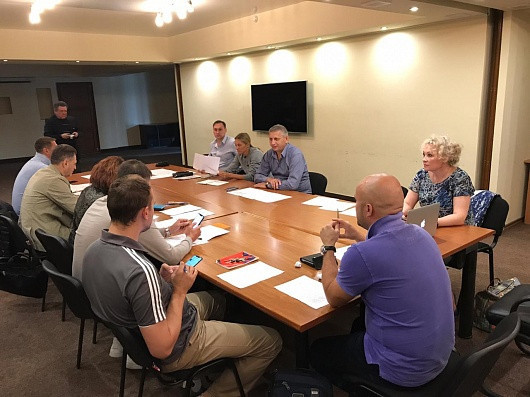 Kozlov, who won two-man bobsleigh gold for the Soviet Union with Latvian Jānis Ķipurs at the 1988 Winter Olympic Games in Calgary, succeeds Igor Popov as head of the regional body.

Popov's resignation for personal reasons was unanimously supported by members of the federation.

Kozlov secured the role after beating Alimov, the coach of Russian skeleton racer Elena Nikitina, who was banned for doping at Sochi 2014 before the punishment was overturned on appeal.

Nikitina kept the Olympic bronze medal from the 2014 Winter Olympics as a result of the successful appeal.

She was one of 28 Russians who had their sanctions, which included being banned from the Olympics for life, overturned by the Court of Arbitration for Sport.

Kozlov was congratulated on his election by Bobsleigh Federation of Russia President Elena Anikina.

Anikina expressed "confidence that under his leadership the Moscow Federation will achieve significant success in training bobsledders and skeleton athletes", according to a statement.