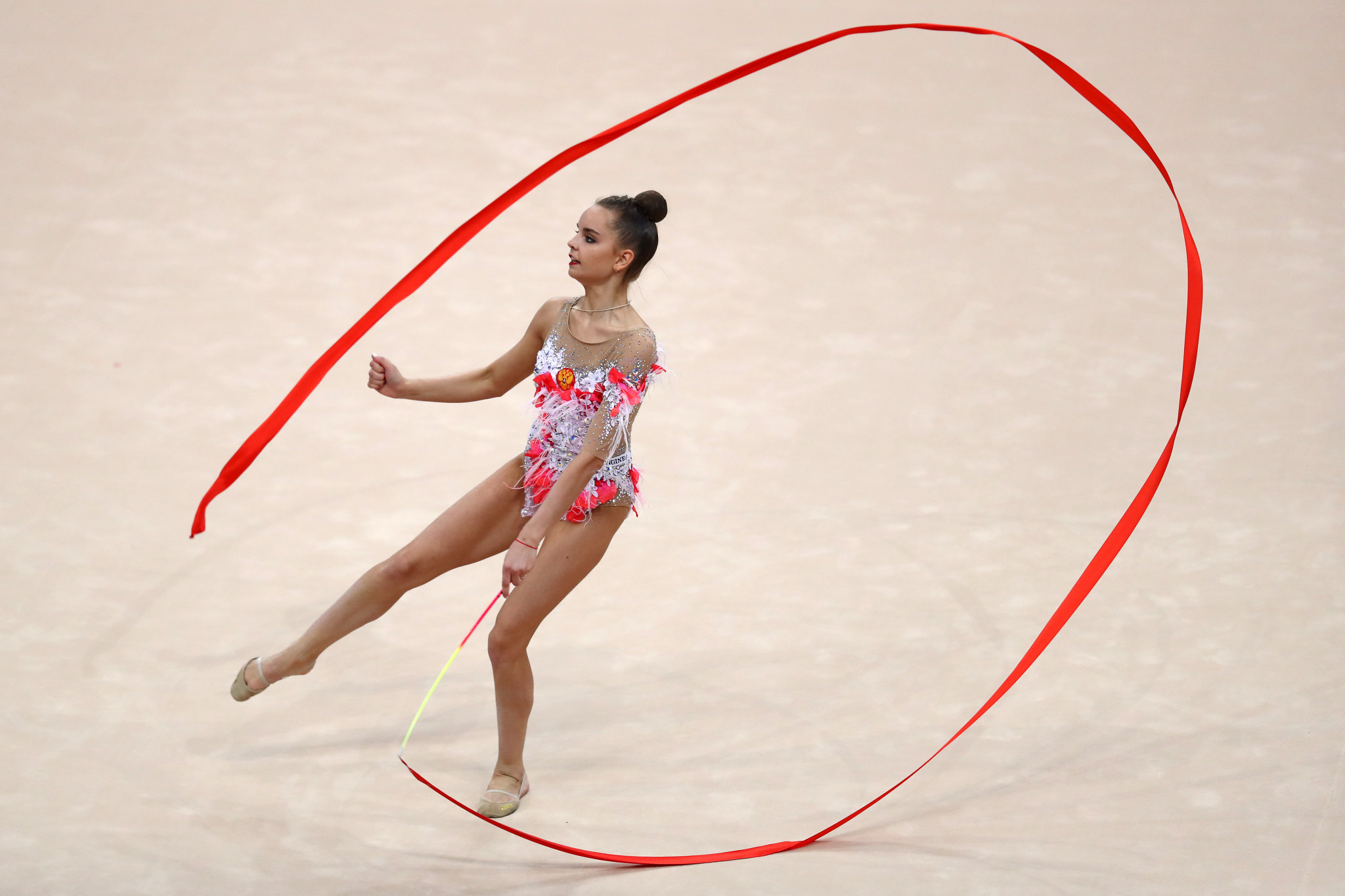 The Russians topped the standings in the 5 balls qualification with a score of 29.000 points, at Kazan Gymnastics Center in the Russian city.

Much was expected of the Russian team in Kazan and they delivered on the opening day, as Evgeniya Levanova, Anastasiia Maksimova, Anastasia Shishmakova, Anzhelika Stubailo and Maria Tolkacheva climbed to the top of the leaderboard.

Bulgaria put together a scintillating routine which saw them match their Russian hosts for a share of the lead on 29.000 points.

Italy were marginally behind after scoring 28.550 points.

Ukraine and Azerbaijan are not competing in Kazan and Israel could only manage joint-seventh position with a score of 27.000 points.

In the individual all-around competition, Dina Averina leads her twin sister Arina as the Russians dominated the hoop and ribbon contests.

Tomorrow, the qualification rounds for the group 3 hoops, 2 pairs of clubs final will take place, as well as individual qualification for the clubs and ribbons apparatus finals.