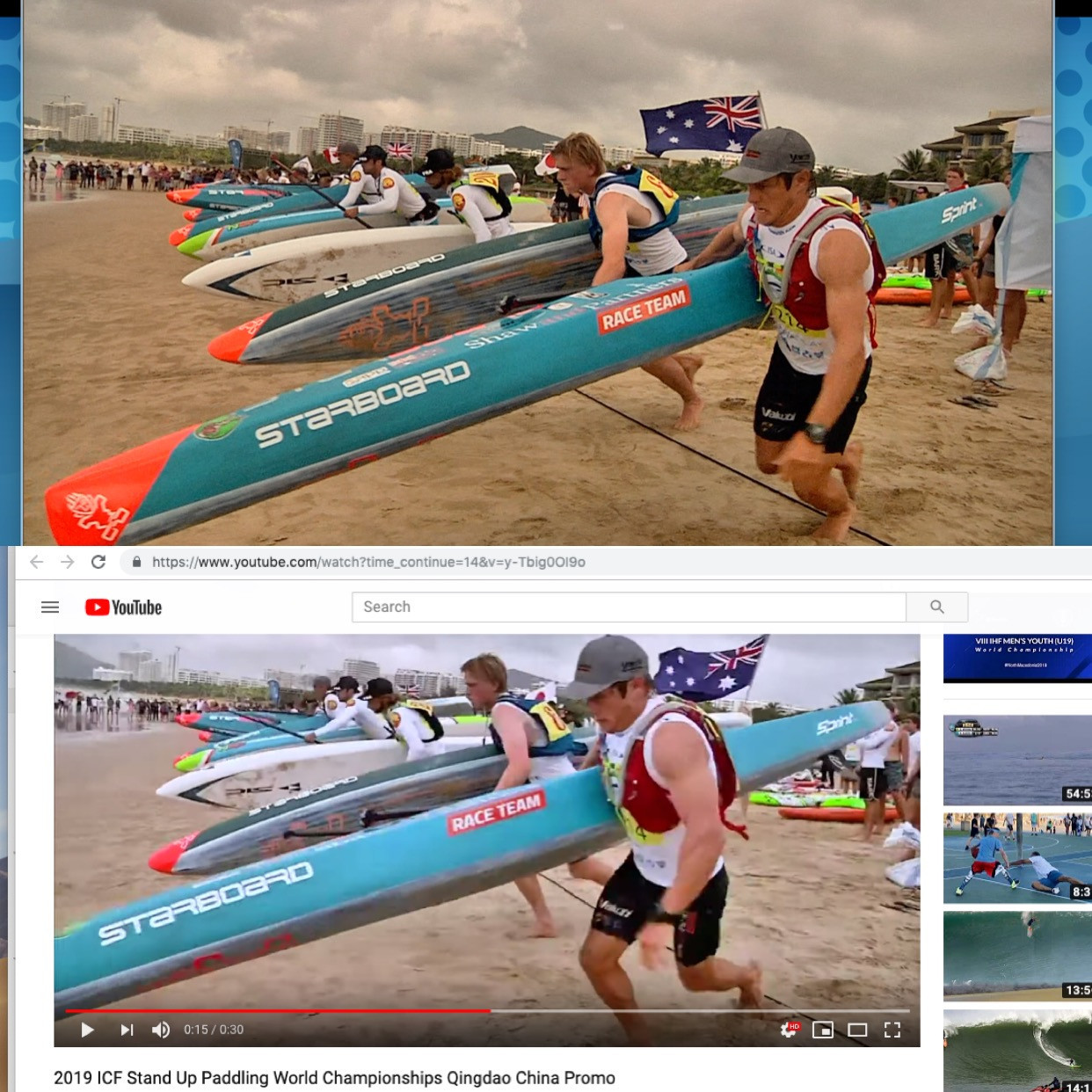 The International Surfing Association (ISA) has accused the International Canoe Federation (ICF) of an "infringement of copyright", over footage to promote the upcoming Stand-Up Paddling (SUP) World Championships.

The incident is the latest in a protracted legal dispute between the ISA and ICF over who runs the SUP discipline, set to be settled by the Court of Arbitration for Sport (CAS) next month.

Both organisations claim to have historic ties to SUP, with the discipline involving athletes standing on a board and using a paddle to move across the water, therefore requiring elements of both canoeing and surfing.

The ICF attempted to host a SUP World Championships last year in Portugal, but it was forced to cancel after the Portuguese CAS ruled the country's national surfing body had exclusive control of the discipline.

They have now organised another World Championships from October 24 to 27, in the Chinese city of Qingdao.

However, the ISA has since accused the ICF of using its footage to promote the competition.

Although the promotional video for the event has now been taken down from the ICF's YouTube page, screenshots from the footage are said to be from videos shot by the ISA at their own SUP World Championships on China's Hainan Island last year.

The ISA has sent a letter to CAS to update them on the situation before next month's hearing.

"We were surprised and dismayed to see the ISA's video content of our own World Championships be used and manipulated in this way to promote a different event organised by the ICF for the first time," said the ISA.

"The evidence of this ambush tactic and infringement of ISA's copyright is compelling and we felt obliged to update CAS in this matter.

"As the case is still being heard before CAS, we will refrain from commenting further."

"A company working on behalf of the Chinese Canoe Federation, our hosts for the forthcoming ICF SUP World Championships, created a video promoting the event, without input from the ICF," a spokesperson said.

"As soon as we became aware that third party copyright might be included in the video, we took immediate steps to ensure that all copies of the video were removed.

"This was an innocent mistake and any suggestion to the contrary is entirely false."