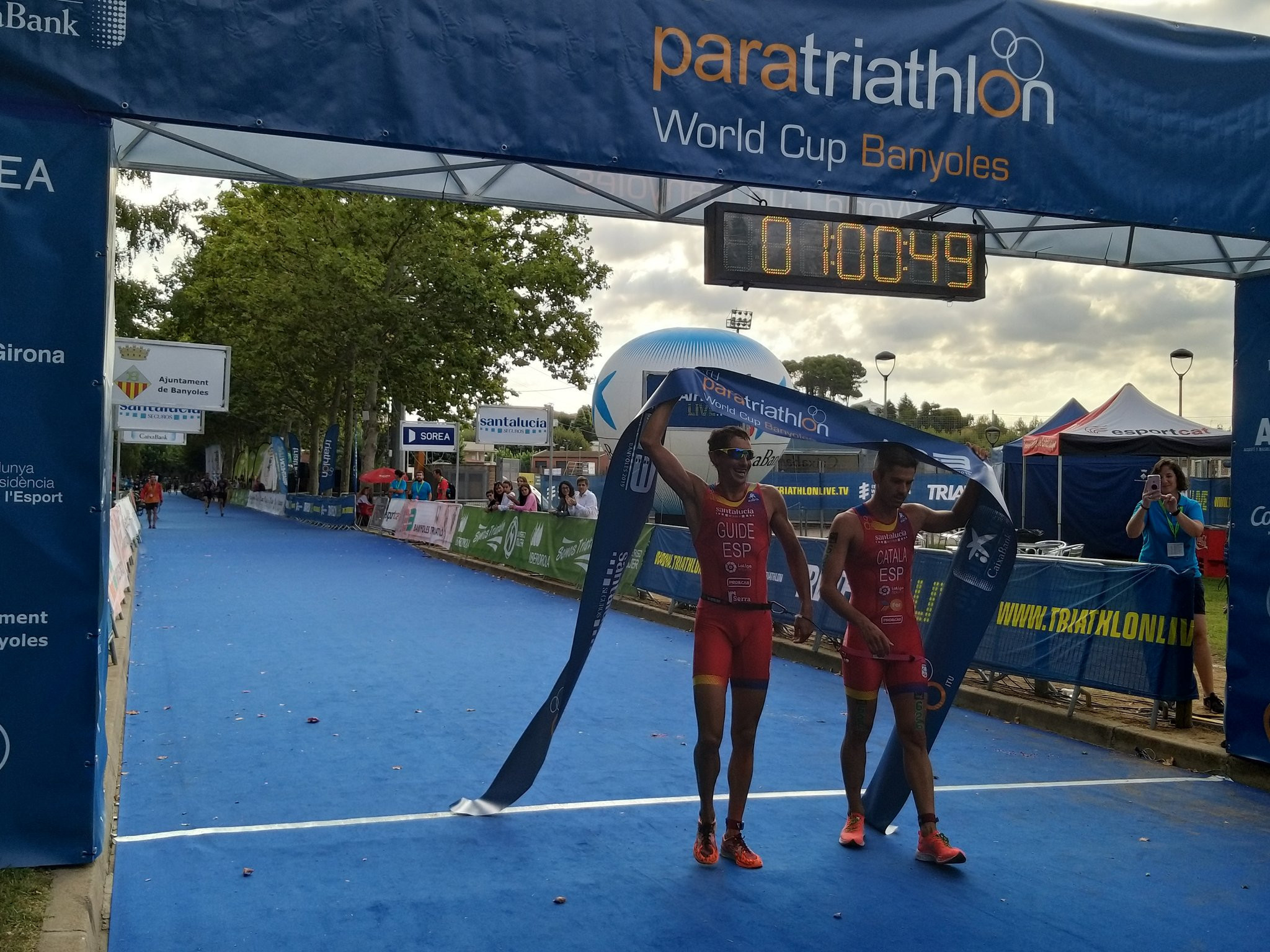 Catalá Laparra followed up last weekend's victory at the ITU World Paratriathlon Grand Finals in Lausanne with a dominant win in the men's visually impaired contest.

He won by 11 seconds from Arnaud Grandjean of France as he crossed the line in 59min 51sec.

Brad Snyder from the United States claimed bronze in 1:00:18.

Ruiz Lopez had a wider margin of victory in the PTS5 category, leaving the field trailing his wake to win gold in 59:17.

Alejandro Sánchez Palomero completed the Spanish hat-trick by cruising to the PTS4 title in 1:02:32.

Parker moved clear of compatriot Emily Tapp to take the tape in 1:08:12.