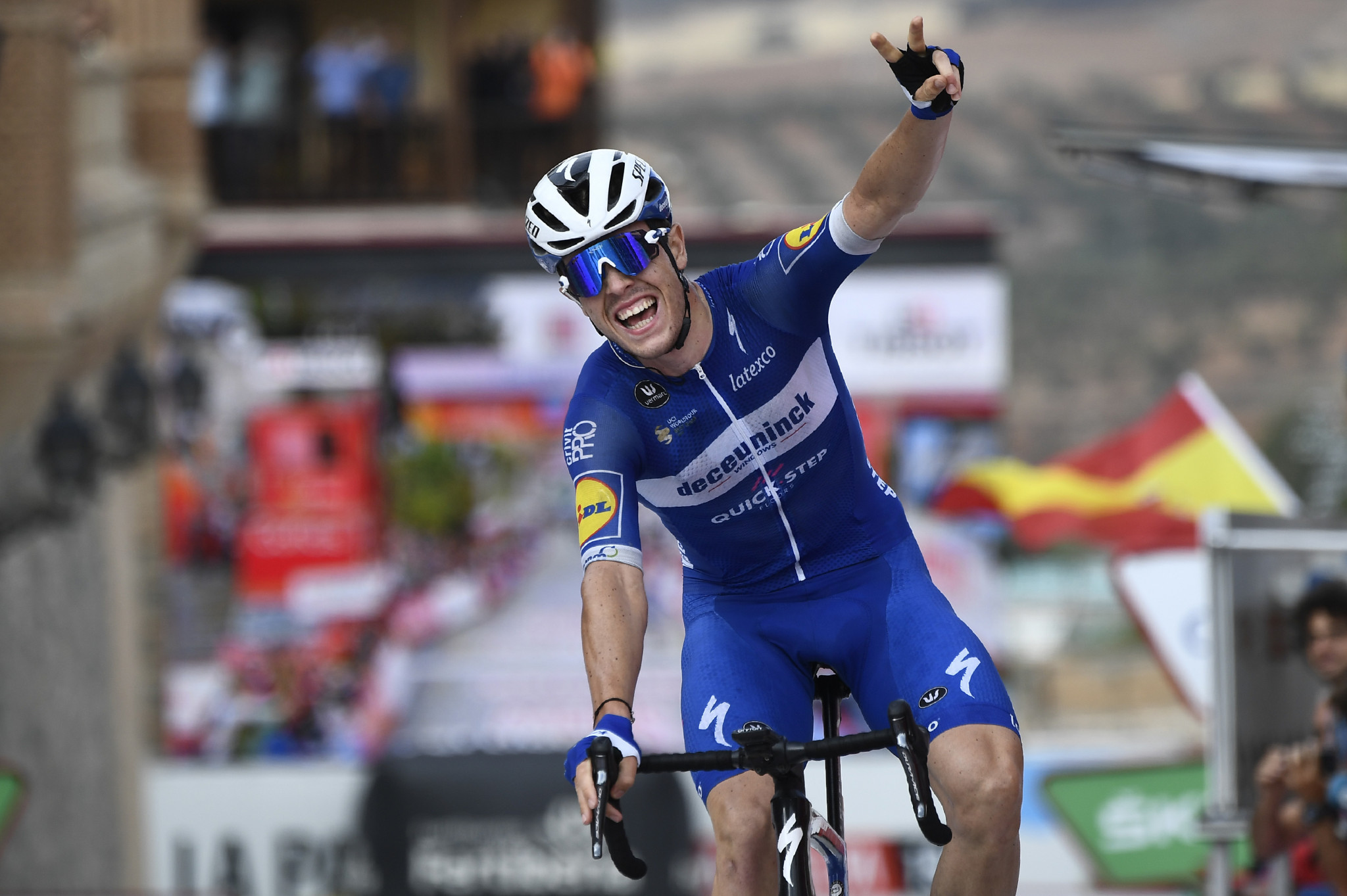 Frenchman Rémi Cavagna claimed an impressive victory at the conclusion of a dramatic and controversial 19th stage of the Vuelta a España.

Cavagna, who rides for Deceuninck–Quick-Step, held off a strong finish from the pack at the end of the 165 kilometres route from Ávila to Toledo.

The triumph for the 24-year-old came after an incident-packed stage, which included a crash involving general classification leader Primož Roglič.

Movistar sparked controversy after they attacked the Slovenian, despite the crash leaving him off his bike and on top of a stone wall, while Roglič's domestique Tony Martin was forced to abandon the race as a result.

The Movistar team, including world champion Alejandro Valverde, kicked on and tried to widen the gap to the overall leader.

They eventually slowed up to allow Roglič to rejoin the lead group 10km later, although it has been claimed an International Cycling Union (UCI) car was being used to ensure the Slovenian and Astana's Colombian rider Miguel Ángel López caught up.

"If this is cycling and the UCI decides who is going to win, well perfect," Arrieta said.

"This kind of thing has happened to us and they didn’t take this decision."

Cavagna was oblivious to what was going on behind him as he attacked 22km from the finish line to seal the stage win.