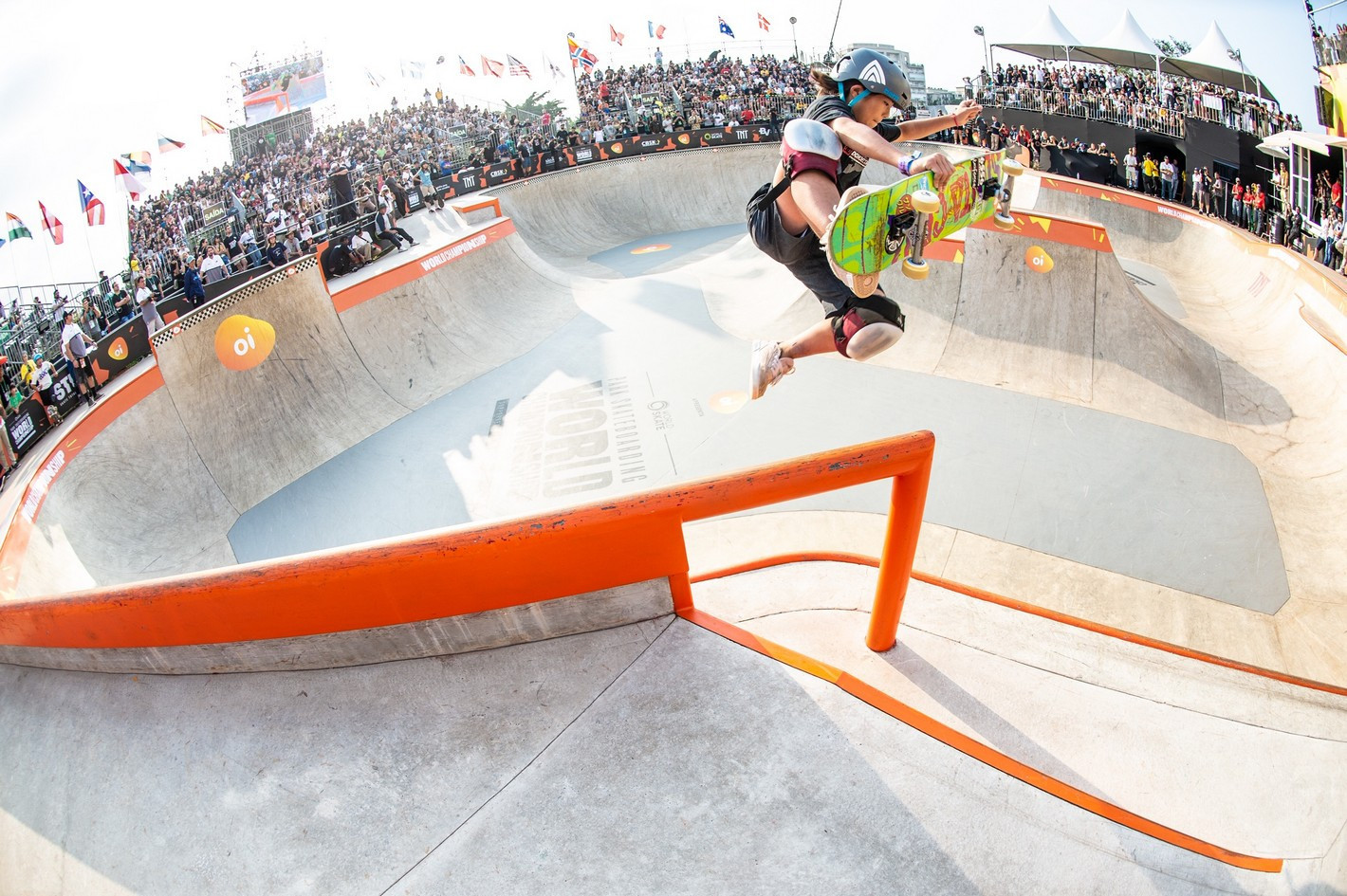 Qualifying points for Tokyo 2020 are on offer at the four-day event, which also serves as the seeding competition for all remaining Olympic qualifiers next year, with the exception of the 2020 World Championships.

Brown, who had come through from open qualifying, where she finished a massive 11 points clear, led with 55 points after her first run and improved to 58.3 on her second.

That was enough to secure her best result of the season for the skater currently ranked ninth in the world lists, as 13-year-old Okamoto came through to claim the title with a score of 61.17.

Yosozumi finished second with 60.00 to lift home hopes high ahead of next year’s Olympic Games.

Australia’s Poppy Starr Olsen, world-ranked 10, was fourth with 56.00, ahead of Lizzie Armanto of Finland, the current world number three, who totalled 49.00.

The men’s semi-finals were headed by home skater and defending champion Pedro Barras, who scored 86.00 points, ahead of Australia’s Keegan Palmer, half a point behind.

Thomas Schaar of the United States totalled 85.00, with his compatriot, current world number one Heimana Reynolds, fourth in 84.70.

Shaun White, the three-time Olympic halfpipe snowboarding champion, saw his chances of a cross-over involvement in the Summer Games diminish as he failed to make the eight qualifying places for tomorrow’s men’s final.

White finished 13th on 82.00, with the Japanese skater who took silver behind him at Pyeongchang 2018, Ayumu Hirano, also failing to make the cut after finishing 17th with 80.00.