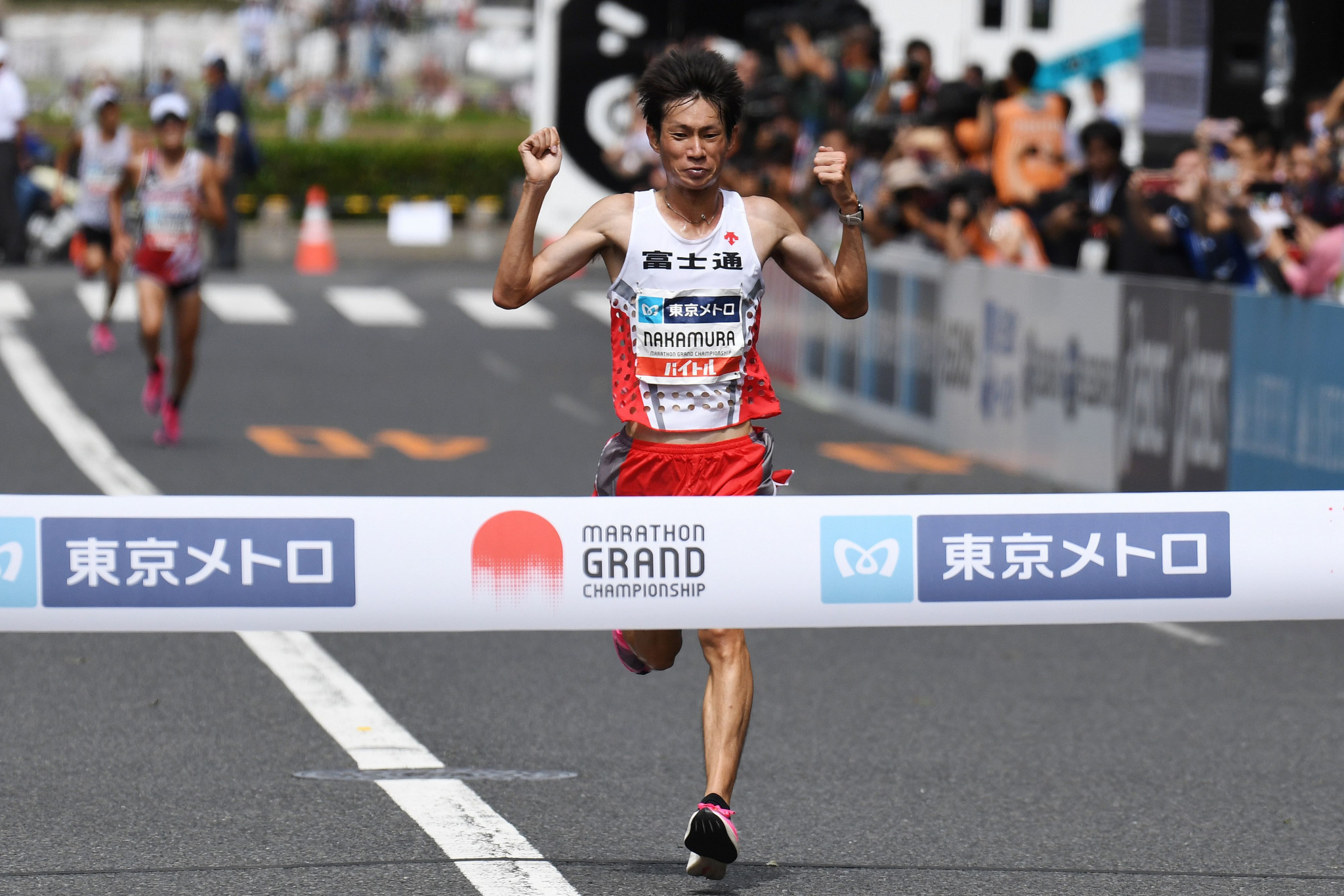 The success of the pair at the event – known as the Marathon Grand Championship – earned them a spot in the host nation's team for next year's Olympic Games.

Runners-up Yuma Hattori and Ayuko Suzuki also sealed their places at an event which featured only Japanese runners.

Forty athletes took to the course in the men's race with Nakamura clocking 2 hours 11min 28sec to triumph by eight seconds in front of Hattori.

Yuta Shitara raced out of the blocks and held a lead of more than two minutes at one stage before being reeled in.

Only 28 seconds separated the top eight men with around two kilometres remaining but it was Nakamura who found extra gas in the tank to sprint for the line.

"I felt pressured because this is a one-shot thing, but I was only focused on delivering my best possible performance," Nakamura said to Kyodo News.

Athletes had to cope with hot conditions which are a concern for the organisers of next year's Olympics, which will be held in July and August.

The heat today reached up to 28 degrees centigrade with a 75 per cent humidity.

Maeda broke away from the pack just before the halfway mark of the women's race to effectively decide the outcome.

Only 10 women were competing with Maeda finishing in 2:25:15 as she continued to pull away.

"I was aiming for the win so I'm really happy," Maeda said.

"The time wasn't as good as I hoped it would be, but I was able to earn my ticket to the Olympics."

The Japanese Association of Athletics is hosting three more qualification events so it is not the end of the road for athletes who did not reach the Olympics today.

Should none of the athletes finish below that mark, today's third-place finishers will go to the Olympics.

Today's test event saw athletes start and finish at Icho Namiki Avenue in Meiji Jingu Gaien Park, instead of the under-construction Olympic Stadium which will be used at the Games.

Organisers have brought forward the start times of the marathon at Tokyo 2020 because of the hot weather.