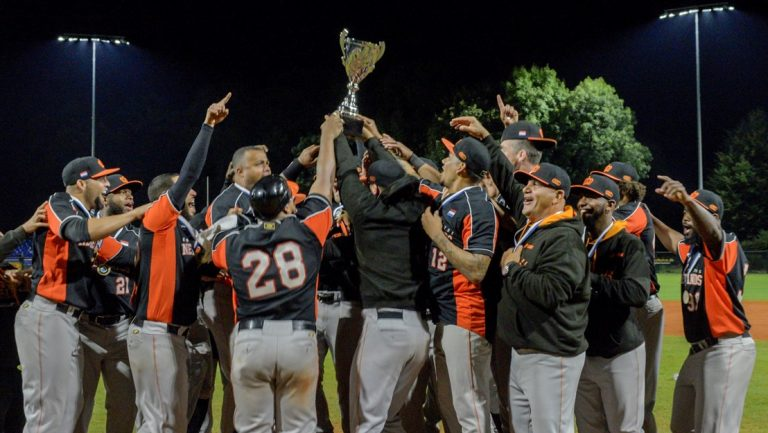 The Netherlands will hope to build on their European Baseball Championship success by winning the crucial Africa/Europe qualification event for the Tokyo 2020 Olympic Games.

The Dutch team won a third consecutive European title on Sunday (September 15) by overcoming Italy at Bonn in Germany.

Attention has now turned to the Africa/Europe qualification event, where one direct spot to Tokyo 2020 is on offer.

The second-place team will advance to a final qualification tournament.

The Netherlands are joined by Italy, Czech Republic, Israel and Spain at the qualifier, who made up the top five at the European Championships.

South Africa complete the line-up for the qualification event.

They won the African Championships in May, beating Uganda 25-0 in the gold medal match.

Competition starts tomorrow with matches held in Parma and Bologna.

Each team will play five matches in a round-robin format.

The Netherlands will start as favourites and open up with a match against the Czech Republic tomorrow at Nino Cavalli in Parma.

Hosts Italy face South Africa at the same venue later in the day.

Israel play Spain at the Gianni Falchi venue in Bologna.

The competition runs until Sunday (September 22).

The winner will join Japan in next year's Olympic baseball tournament, with the host nation qualifying automatically.

Two places are decided at the World Baseball Softball Confederation's Premier12 tournament in Tokyo in November.

The Americas qualifying event in Arizona next March will decide one qualifier.

Taipei will host the final qualifier next year, with a single place on offer.