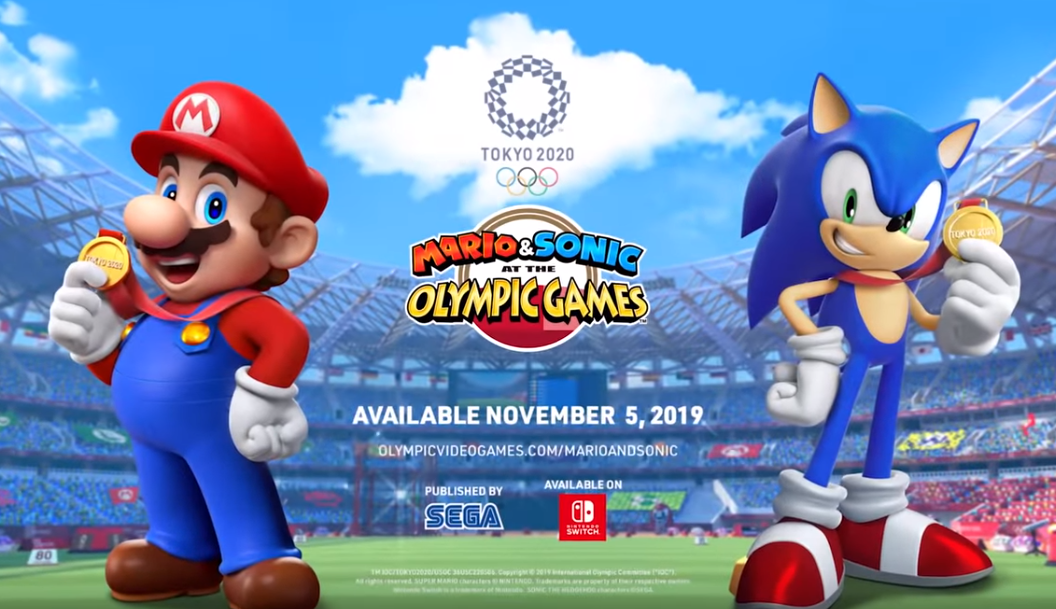 The teaser reveals that three new "dream events" will be included in the game, based around next year's Olympics.

In "dream karate", players square off against each other in an illuminated ring.

Previous Mario and Sonic games have been released to tie-in with the London 2012, Sochi 2014 and Rio 2016 Olympics.

Other characters from both Nintendo and Sega are also involved.

Karate, skateboarding, climbing and surfing are all new Olympic sports, making their Games debut in Tokyo next year.

Sega is developing the game which will be available on Nintendo Switch in November.