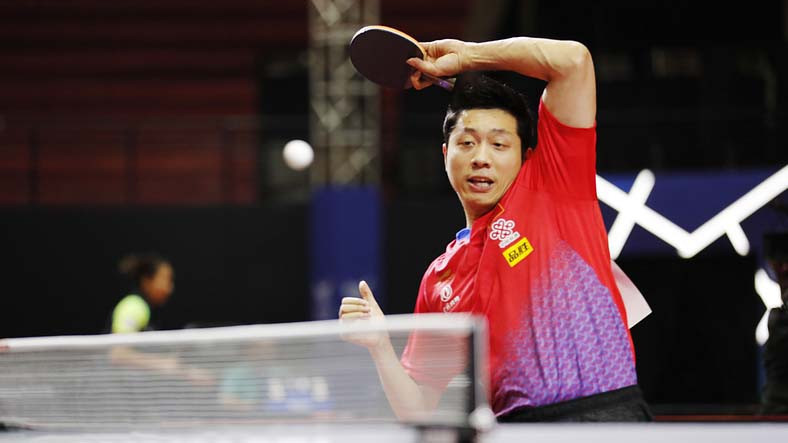 China's men followed their women's example, retaining the team title at the Asian Table Tennis Championships in Indonesia with a 3-0 win over second seeds South Korea.

Xu Xin, Fan Zhendong, respectively world number one and two, and Liang Jingkun showed no charity in opposition to Jang Woojin, Jeoung Youngsik and Lee Sangsu at the Among Rogo Stadium in Yogyakarta.

It was no less than the 22nd time China's men have won this event since it was organised under the auspices of the Asian Table Tennis Union in 1972.

China has lost only twice – in the inaugural year, when Japan won, and in 1996 when the title went to South Korea.

This victory was their 11th in a row.

China repeat their success at #ITTFAsianChamps for the ELEVENTH time after beating Korea 3-0. They also secure the ticket to #Tokyo2020 ✈️#Congratulations#Rise2Tokyo pic.twitter.com/xyqjDZcvch

Fan and Laing followed up with wins against Maharu Yoshimura and Kazuhiro Yoshimura, respectively.

South Korea had to work harder to reach the final against the third-seeded Chinese Taipei trio of Liao Cheng-Ting, Chen Chien-An and Wang Tai-Wei, but also finished with a 3-0 margin.