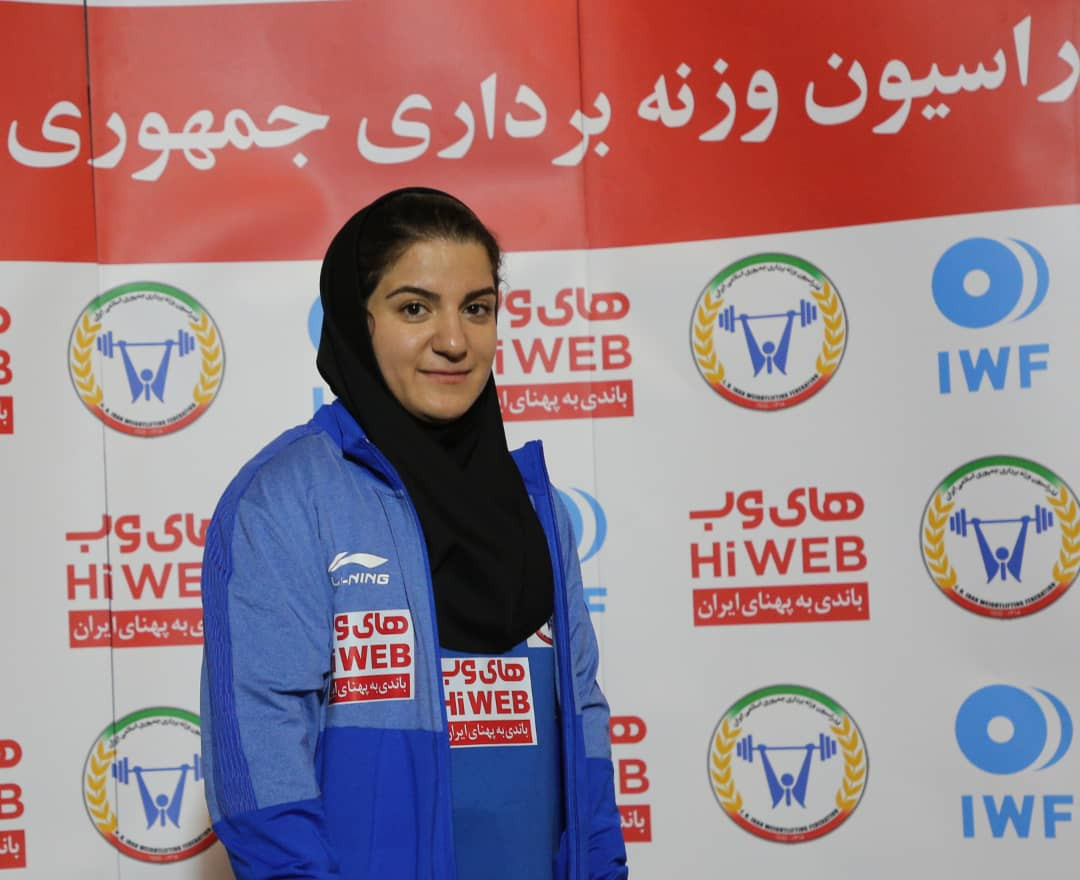 Poupak Basami has made history here today by becoming the first Iranian woman to compete at an International Weightlifting Federation (IWF) World Championships.

The 27-year-old, part of a four-strong women's team for Iran, finished sixth in the women's 55 kilograms D session after managing a total of 158kg.

That was made up of 72kg in the snatch and 86kg in the clean and jerk.

She was successful with five of her six attempts, only failing with her last clean and jerk effort at 91kg.

It comes five months after Basami became the first Iranian woman to participate at the Asian Weightlifting Championships, where she finished 12th.

Her hijab attracted plenty of attention and she admitted she found it somewhat off-putting.

"I completely realised how much they were focused on me, and this increased my stress," she told Shahrvand Daily at the time.

"When I was getting ready for the competition, all the cameras were zooming in on me and waiting for me to compete as a weightlifter with hijab."

Hosseini and Arjomandkhah will contest the 71kg A and B sessions, respectively, while Jahanfekrian will compete in the 87kg C session.

Iran Weightlifting Federation (IRIWF) President Ali Moradi says the team should take inspiration from Egypt's Sara Ahmed, who became the first female weightlifter from an Arab nation to stand on an Olympic podium after winning the 69kg bronze medal at Rio 2016.

While Iran has been a powerhouse in men's competition for several years, it was not until 2017 that the IRIWF allowed women to compete officially.

The National Olympic Committee of the Islamic Republic of Iran (NOCIRI) supported the IRIWF and after decades of state opposition to women competing, there was a breakthrough at the Fajr Cup in Ahvaz in March last year.

That competition was for men only, but a female weightlifting development programme was launched at the same time and an eight-year-old girl, Aysan Adib, gave an exhibition on the competition stage that made headlines across the nation.

A month later, Iran sent a team of four to the Asian Youth Championships in Urgench, Uzbekistan.

Three of them finished last in their weight category, more than 100kg behind the winner, while the best performance was by Elnaz Bajalani, fifth in the 63kg class, 73kg behind the Uzbek champion.

Moradi told insidethegames in April that the lifters would try hard to qualify for the Tokyo 2020 Olympic Games, for which Iran can enter a maximum of two men and two women, while Paris 2024 is the big target.

The team has a national training headquarters and an Iranian coach, Maryam Amrolah.

Ursula Garza Papandrea, chair of the IWF Women's Commission, was in Ahvaz last year to help with the launch of the development programme.

The American previously congratulated the IRIWF and the NOCIRI for their leadership in what she described as being a "meaningful step" for women's weightlifting in Iran.