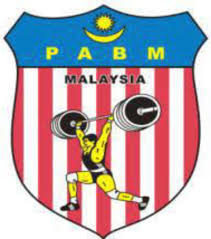 Weightlifting is back on the Malaysia Games sports programme, having been thrown out for doping issues.

The Minister of Youth and Sports Syed Saddiq Syed Abdul Rahman made the announcement after a meeting with organisers of the Malaysia Games, otherwise known as the Sukma Games, according to the New Straits Times.

Weightlifting will now feature on the programme for next year's July edition in Johor.

The sport was originally excluded due to its tarnished image, following three doping cases at last year's Malaysia Games in Perak.

He stated that the sport in the country had cleaned up its act.

Malaysia are among the 12 nations with 10 to 20 positives who can send a maximum of two men and two women to the Tokyo 2020 Olympic Games, as they already have 10 to 20 positives from the "counting period" that started at the Beijing 2008 Games.

Egypt, meanwhile, would be ruled out completely if its federation's expected appeal against a two-year ban by the Independent Member Federation Sanctions Panel, which is appointed by the IWF Executive Board, is unsuccessful.

Kazakhstan, Azerbaijan, Russia, Belarus and Armenia are restricted to two athletes, one male and one female, for Tokyo 2020 as they already have more than 20 positives.