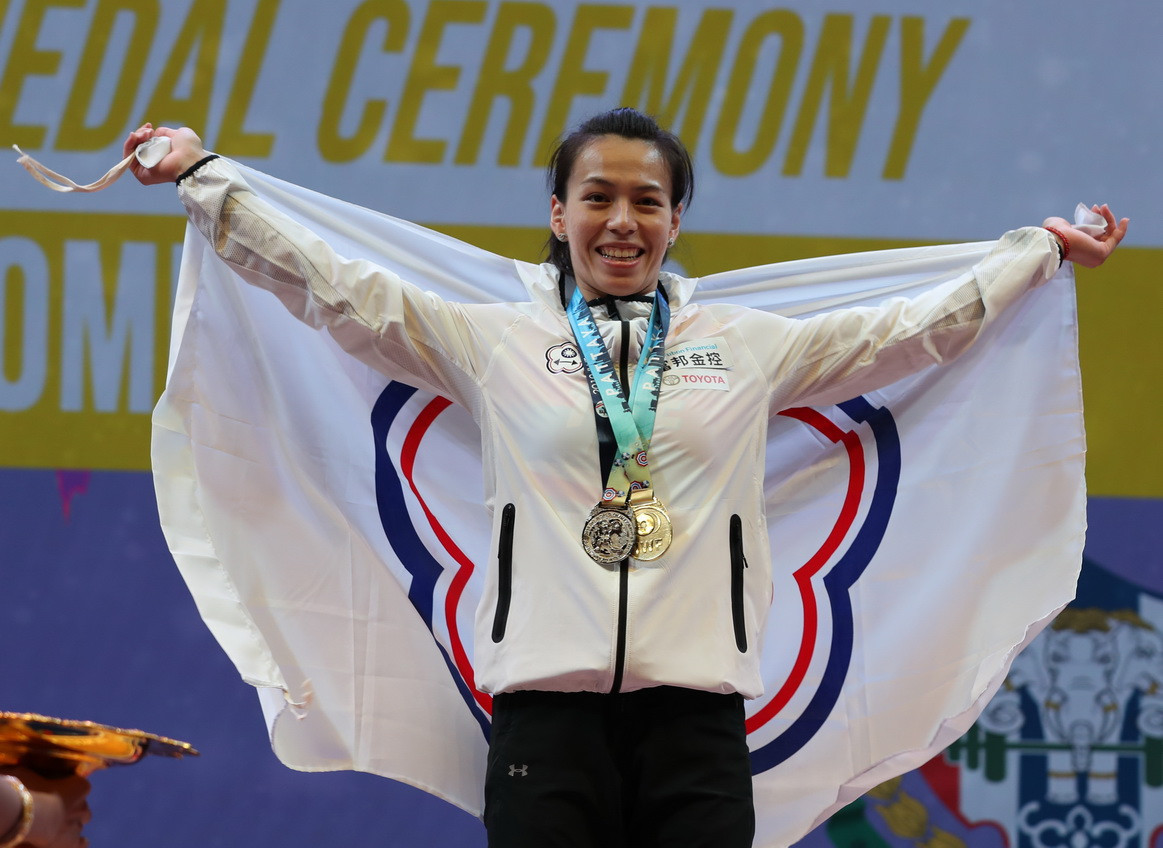 It came within minutes of North Korea's Choe Hyo Sim breaking Kuo's previous clean and jerk and total world records – 137kg and 243kg, respectively – by registering a lift of 138kg to end on 245kg overall.

Earlier in the snatch, Rio 2016 Olympic silver medallist Choe prevailed by breaking Kuo's world record of 106kg with a lift of 107kg.

The bronze medallist across all three events was China's Chen Guiming, who last year claimed the gold medal in the clean and jerk and silver in the total.

She also attempted to break Kuo's previous clean and jerk world record, but failed at 138kg.

In the men's 73kg event, China's Shi Zhiyong broke two world records to seal a repeat of his gold medal hat-trick from the 2018 IWF World Championships in Turkmenistan's capital, Ashgabat.

Having won the snatch with his first attempt at 160kg and finished at 166kg, Shi went onto break his own clean and jerk world record of 196kg by managing 197kg with his second attempt.

It secured him a total of 363kg, breaking his own world record of 362kg.

Such was Shi's dominance, he declined to take his final attempt.

North Korea's O Kang Chol was the overall runner-up with 347kg, having finished fifth in the snatch with 154kg and second in the clean and jerk with 193kg.

Bulgaria's Bozhidar Dimitrov Andreev rounded off the podium with 346kg after coming second in the snatch with 157kg and third in the clean and jerk with 189kg.

Action continues tomorrow, with medals in the men's 81kg and women's 64kg events.