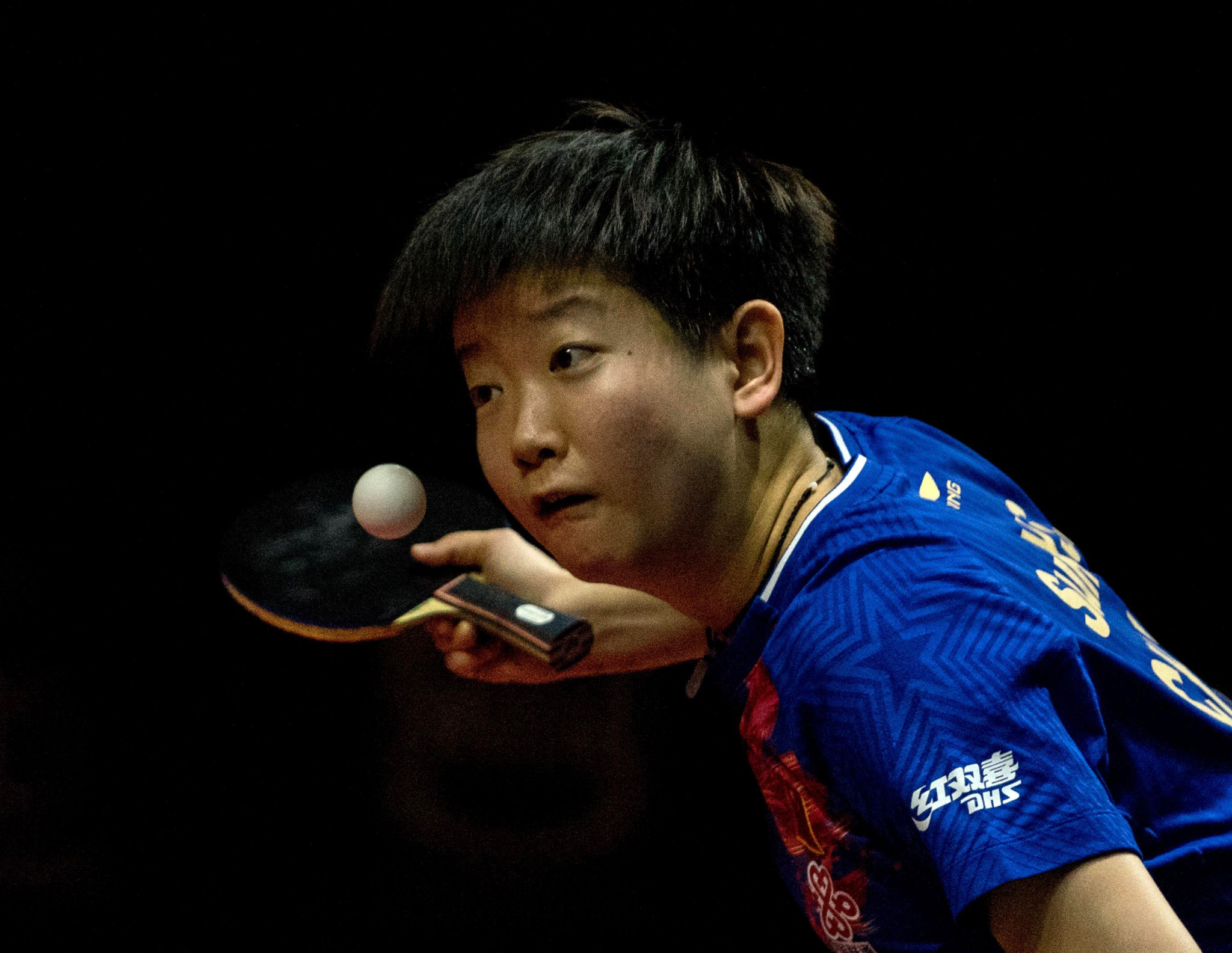 Less than two hours earlier at the GOR Amongraga venue in Yogyakarta, Indonesia, Shiwen had been on the winning side against her young opponent, as she and men's world number one Xi Xin won the mixed doubles title 11-7, 7-11, 11-7, 11-7 against Sun and fellow Chinese Wang Chuqin, in Indonesia.

That performance capped an extraordinary day for the young player currently ranked 18 in the world, as she also defeated China's Rio 2016 champion and current world number three Ding Ning in the semi-final, 11-3, 11-1, 7-11, 11-9.

There was another – Chinese – surprise in store, as the men’s doubles title went to Liang Jingkun and Lin Gaoyuan, winning 6-11, 11-9, 11-8, 11-7 over compatriots Xu and Fan Zhendong, the world number two.

Tomorrow will see the men's singles gold decided, with 16-year-old Tomokazu Harimoto of Japan being the only non-Chinese player in the last four.

He will play Xu, while Fan takes on Lin Gaoyuan.