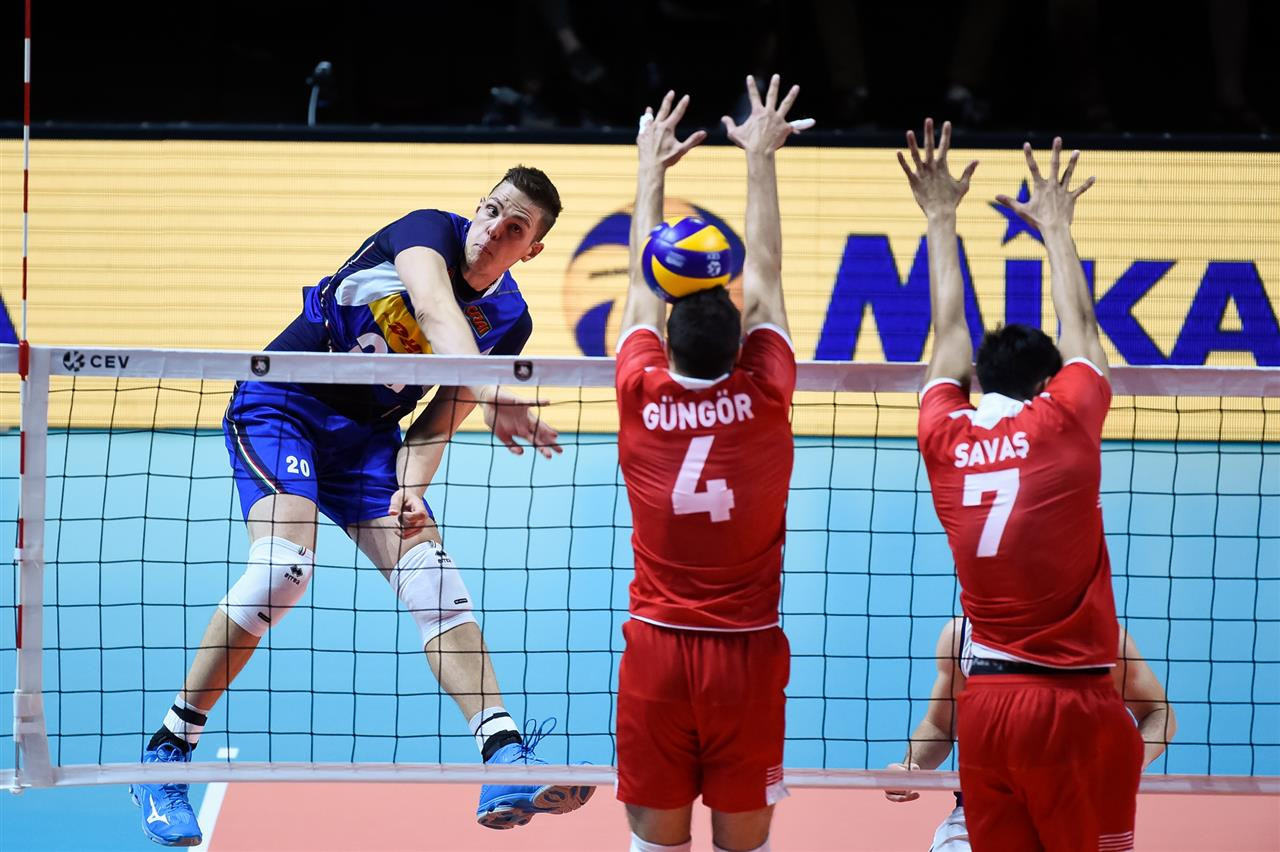 The Italian team, searching for its first continental crown since 2005 and a seventh overall, overcame their Turkish opponents 25-22, 25-18, 25-21 at Hall XXL in the French city of Nantes.

Gabriele Nelli led the scoring charts for Italy with 14 points in the last of the round of 16 matches.

Italy will play hosts France in Nantes in the last eight on Tuesday (September 24).

They will be hoping for a better performance than today's win over Turkey, where much of their play was laboured and where they rarely hit top form.

The last 8th finals game of #EuroVolleyM is completed! Italy 🇮🇹wins it 3-0 against Turkey 🇹🇷and will advance to the quarterfinals to play France on Tuesday, Septemeber 24th at 21:00 CET. Italian opposite Gabriele Nelli was the leading scorer for Italy with 14 points. pic.twitter.com/FkgBiTaioV

The quarter-finals begin tomorrow as defending champions Russia play Slovenia in Ljubljana and Poland take on Germany in Apeldoorn in the Netherlands.

In the other last eight contest, Serbia go up against Ukraine in Antwerp on Tuesday.