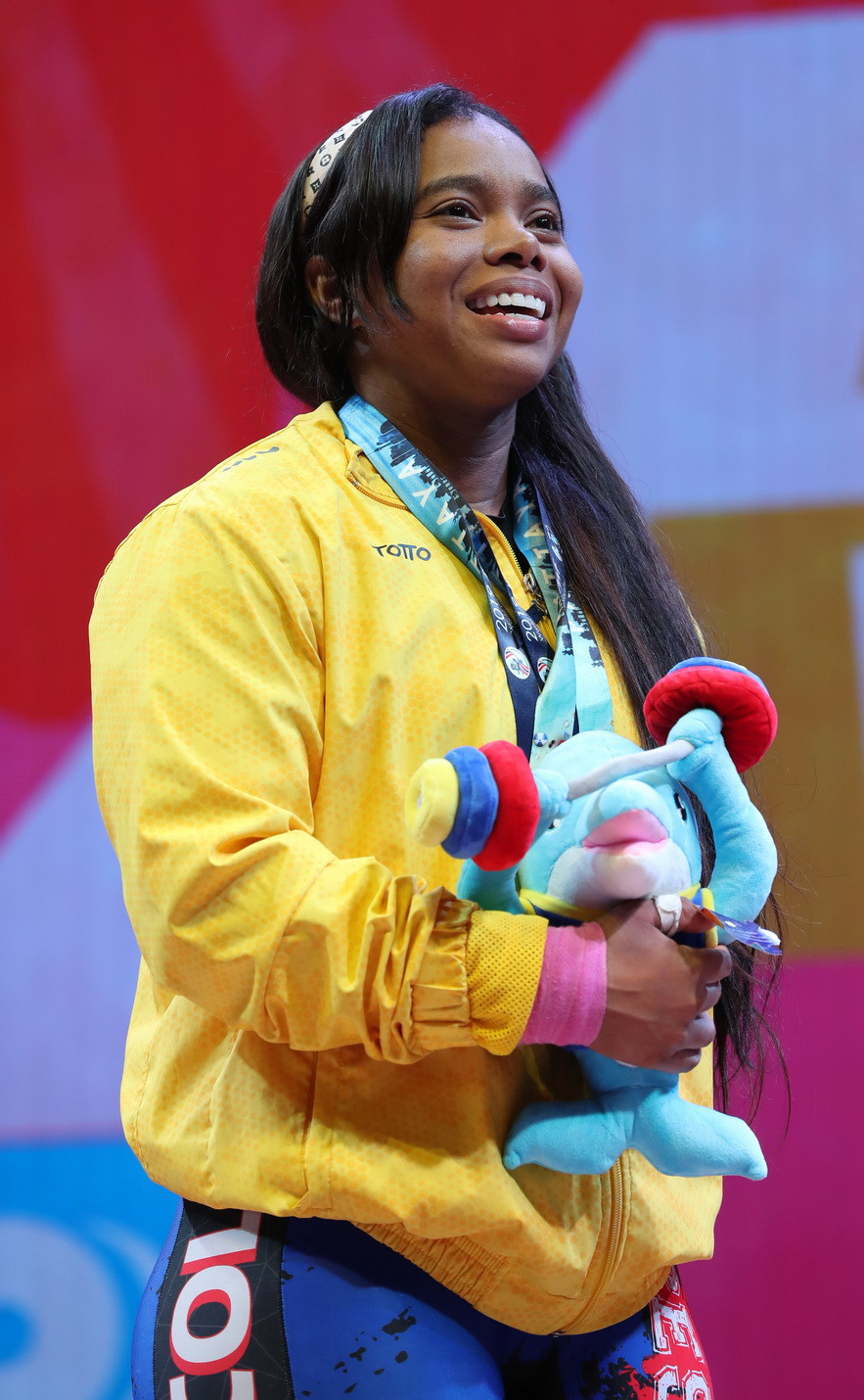 The 29-year-old, who topped the women's 69kg podium at the 2017 IWF World Championships in Anaheim, managed a lift of 142kg to take her onto a total of 247kg and better Valentín by one kilogram.

Valentín finished third in the clean and jerk with 138kg, a kilogram less than the United States' Jenny Arthur posted to secure the overall bronze medal with 245kg.

In an extremely tight competition, Belarus' Darya Naumava only missed the podium by the weight of a feeather with 244kg and Venezuela's Dayana Aracelis Chirinos Leon was just a further two kilograms behind in fifth.

Earlier in the snatch, all three of the total medallists failed to make the top three.

Mongolia's Ankhtsetseg Munkhjantsan, the B session runner-up, took the bronze medal with 110kg.

Kim was less successful in clean and jerk after following up two no lifts at 137kg with a failure at 138kg.

It came after the 20-year-old, winner of the the men's 96kg title at this year's European Championships in Georgian city Batumi, finished second in both the snatch and clean and jerk, with 180kg and 218kg, respectively.

The overall silver medallist was South Korea’s Jin Yunseong, winner of the snatch with 181kg before coming fourth in the clean and jerk with 216kg.

It gave him a total of 397kg but he is bound to be disappointed after missing his last clean and jerk attempt at 219kg, which could have potentially been enough to secure a clean sweep of the gold medals.

Rounding off the podium in the total was Iran’s Reza Dehdar with 394kg.

He managed a perfect six lifts out of six in finishing sixth in the snatch with 175kg and winning the clean and jerk with the last attempt of the competition at 219kg.

Armenia’s Samvel Gasparyan was the snatch bronze medallist with 178kg, while European champion Dmytro Chumak of Ukraine ranked third in the clean and jerk with 217kg.

Action is due to continue tomorrow with medals being awarded in the men's 109kg and women's 87kg events.