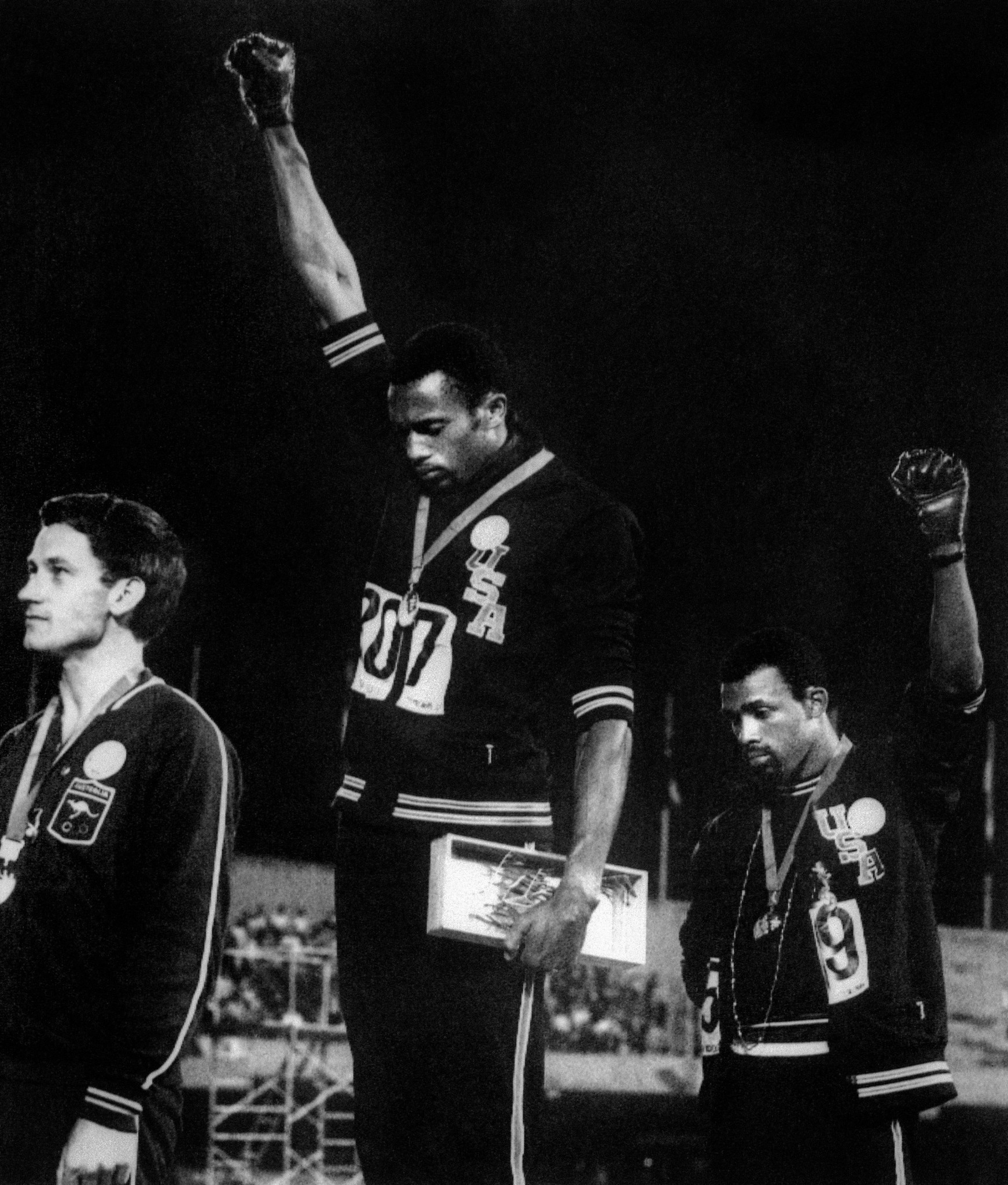 Two athletes sent home from the 1968 Olympic Games in Mexico City for protesting against American racial discrimination on the medal podium will be inducted into the United States Olympic and Paralympic Committee (USOPC) Hall of Fame in November.

Tommie Smith and John Carlos, whose raised-fist salute remains one of the iconic images from the 1968 Games, were named among the Hall of Fame's class of 2019.

Smith and Carlos were expelled from the US team at the Games by the USOPC - then called the United States Olympic Committee - for their gesture.

But the USOPC has now decided to bestow its highest honour upon the two athletes - whose stance sparked widespread condemnation at the time but have since been acclaimed for their podium protest - more than 50 years after the event.

Smith and Carlos bowed their heads and raised a black-gloved fist while standing on the podium following the conclusion of the men's 200 metres, where they had finished first and third.

It was a show of defiance against racism and discrimination in the US at the time of the Games.

"It sends the message that maybe we had to go back in time and make some conscious decisions about whether we were right or wrong," Carlos told USA TODAY Sports.

Smith and Carlos are among the individuals set to be inducted into the Hall of Fame at a ceremony in Colorado Springs on November 1.

The 13 inductees were determined by a voting process that included Olympians and Paralympians, members of the US Olympic and Paralympic family, and an online vote open to fans.

The latest intake brings the total number of Hall of Fame inductees to 154.

"The US Olympic & Paralympic Hall of Fame represents the pinnacle of competitive excellence in our nation, and its inspiring members are champions who have transcended sport through the legacy they leave both on and off the field of play," said USOPC chief executive Sarah Hirshland.

"It’s an honour to welcome the class of 2019 into this prestigious and celebrated honour roll.

"We thank them for their impact on sport and society, and for continuing to inspire the next generation of athletes and fans."