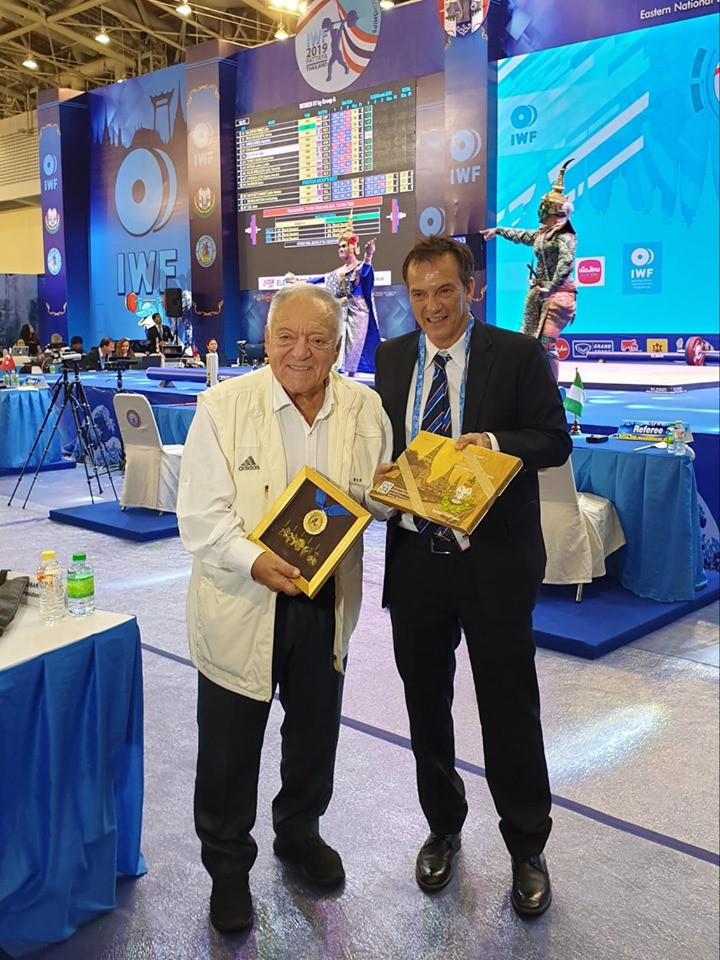 The pair exchanged gifts and watched the women's 81 kilograms and men's 102kg A sessions won by Colombia's Leidy Yessenia Solis Arboleda – at the expense of defending champion Lidia Valentín of Spain – and Belarus' Yauheni Tsikhantsou, respectively.

Fox also stopped off at the #iLiftClean information booth located on the outskirts of the venue being used for the IWF World Championships.

"There are many reasons why I made the trip to Pattaya," Fox told insidethegames.

"Certainly to come and support the athletes at this important championships and also come and show my respect to IWF President Tamás Aján.

"It has not only given me the chance to enjoy the competition, which really had me stayed until the last lift and see the Colombian beat the defending champion from Spain, and also a new champion."

Fox stated how impressed he was by the widespread of medals at the event, with 30 countries having made at least one podium so far.

He also said the visit gave him the chance to receive in-depth information from IWF director general Attila Adamfi, regarding improvements the world governing body has made.

This included advances on the technological side and in production, helping the audience understand the judges' decisions on good lifts and bad lifts.

"This very much impressed me," Fox said.

AIMS was founded in 2009 by the non-International Olympic Committee (IOC) recognised members of the Global Association of International Sports Federations (GAISF).

Fox is the vice-president of GAISF.

His educational background is rooted both in Germany and Australia, but he now resides in Thailand where he oversees the growth of both the IFMA and the World Muaythai Council as vice-president.

"I think as a Council member of GAISF, it is important that we continue to visit as many sports as possible and after last week's success of the World Urban Games at Mr Aján.'s home city of Budapest, myself, as the GAISF vice-president, must take the time to visit Tamás in our backyard."