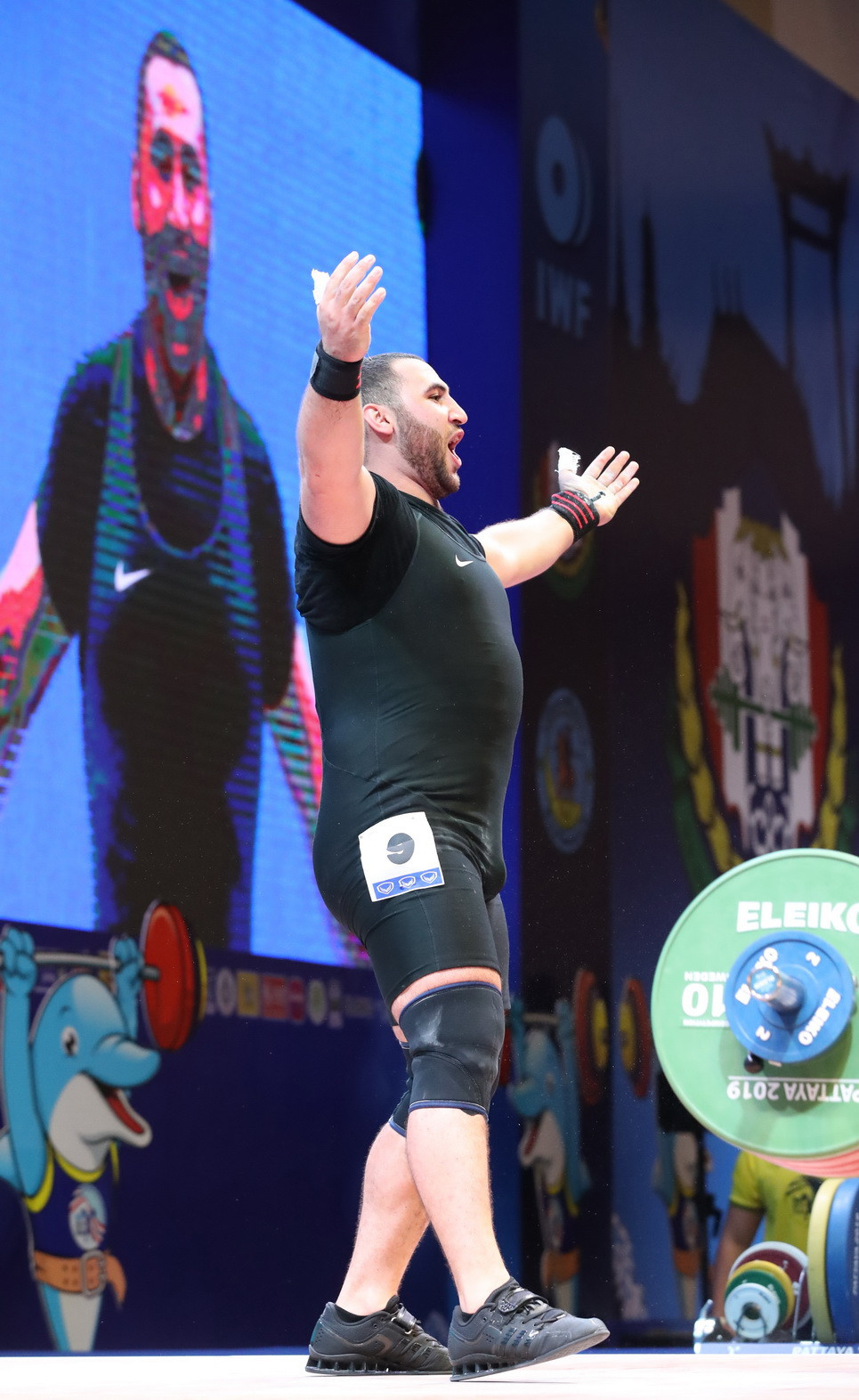 Armenia's Simon Martirosyan was the last of three lifters to break the snatch world record, as he successfully defended his men's 109 kilograms title with a clean sweep of gold medals at the International Weightlifting Federation World Championships here today.

The snatch world standard of 196kg was initially broken by China's Yang Zhe, with a lift at 197kg, before Belarus' Andrei Aramnau bettered the mark again with 198kg.

Martirosyan then stepped up for his final attempt and raised the bar by a further 1kg.

In the clean and jerk, the Armenian secured the gold medal with his first lift, at 230kg.

He then failed on his attempt at 241kg, which would have broken his clean and jerk world record of 240kg and moved him onto a total of 440kg - bettering his global mark of 435kg.

Martirosyan declined the opportunity to take his final attempt.

Aramnau, the Beijing 2008 Olympic gold medallist in the men's 105kg event, was runner-up in the total with 426kg, after adding clean and jerk bronze, with 228kg, to snatch silver.

Rounding off the top three was Asian champion and 2018 world silver medallist Yang, who came fifth in the clean and jerk with 223kg.

The clean and jerk silver medallist was Uzbekistan's Akbar Djuraev, who broke his own junior world records in that lift, as well as the snatch and total.

Djuraev's previous marks, all set at this year's Asian Championships in Chinese city Ningbo in April, were 185kg, 225kg and 410kg.

The 19-year-old junior world champion finished with a total of 417kg, after coming sixth in the snatch with 188kg and second in the clean and jerk with 229kg.

He initially broke his clean and jerk and total junior world records with his second attempt, at 226kg, moving him onto 414kg.

North Korea's Kim Un Ju was the silver medallist in all three events, registering 115kg in the snatch and 154kg in the clean and jerk for a total of 269kg.

She had the opportunity to beat Wang to the clean and jerk title with the last attempt of the competition, but failed at 159kg.

Completing the podium in the total was Ecuador's Tamara Yajaira Salazar Arce, who finished fourth in the snatch with 108kg and third in the clean and jerk with 144kg for a total of 252kg.

Action concludes tomorrow, with medals in the men's over-109kg and women's over-87kg categories.