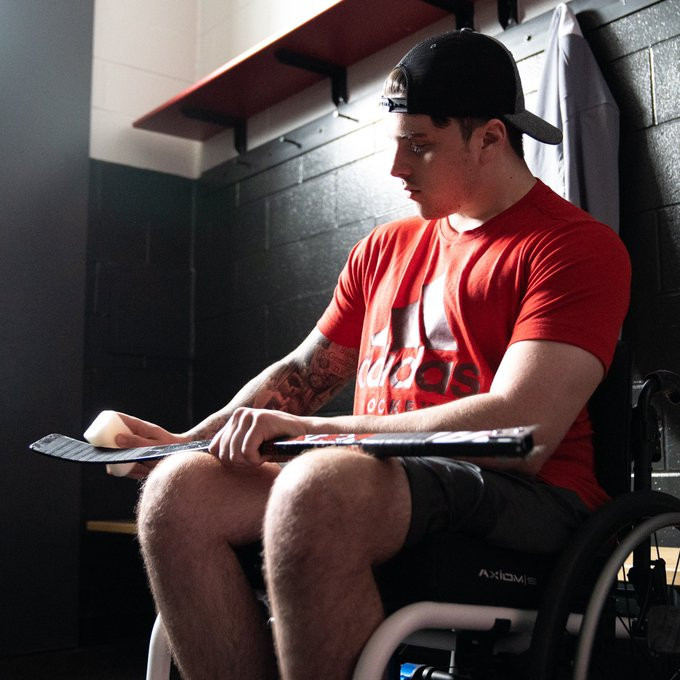 As reported by the Canadian Broadcasting Corporation (CBC), the one-minute long advert is the first to include the 20-year-old since he agreed a deal with Adidas in June.

Straschnitzki took up Para-ice hockey after he was injured when a semi-trailer truck went through stop signs and crashed into a bus carrying his junior hockey team - the Humboldt Broncos - in April of last year.

The crash killed 16 of the team's players and staff and left Straschnitzki paralysed from the chest down.

He made it his aim to join Canada’s Para-ice hockey team and win a gold medal at the 2022 Paralympic Games in Beijing.

"When one door closes, another one opens," Straschnitzki says in the advert

"As a kid, I dreamed of playing for Team Canada.

The People’s Choice Award is a new prize for this year and recognises potential future Hall of Famers who are champions of their sport and communities.

"I guess everyone keeps remembering him."

"I look at what he’s done, and I don’t think I would have it in me," Cheryl Bernard, Canada’s Sports Hall of Fame's President, was reported as saying by CBC.

"I think that message is what the public needs to see."