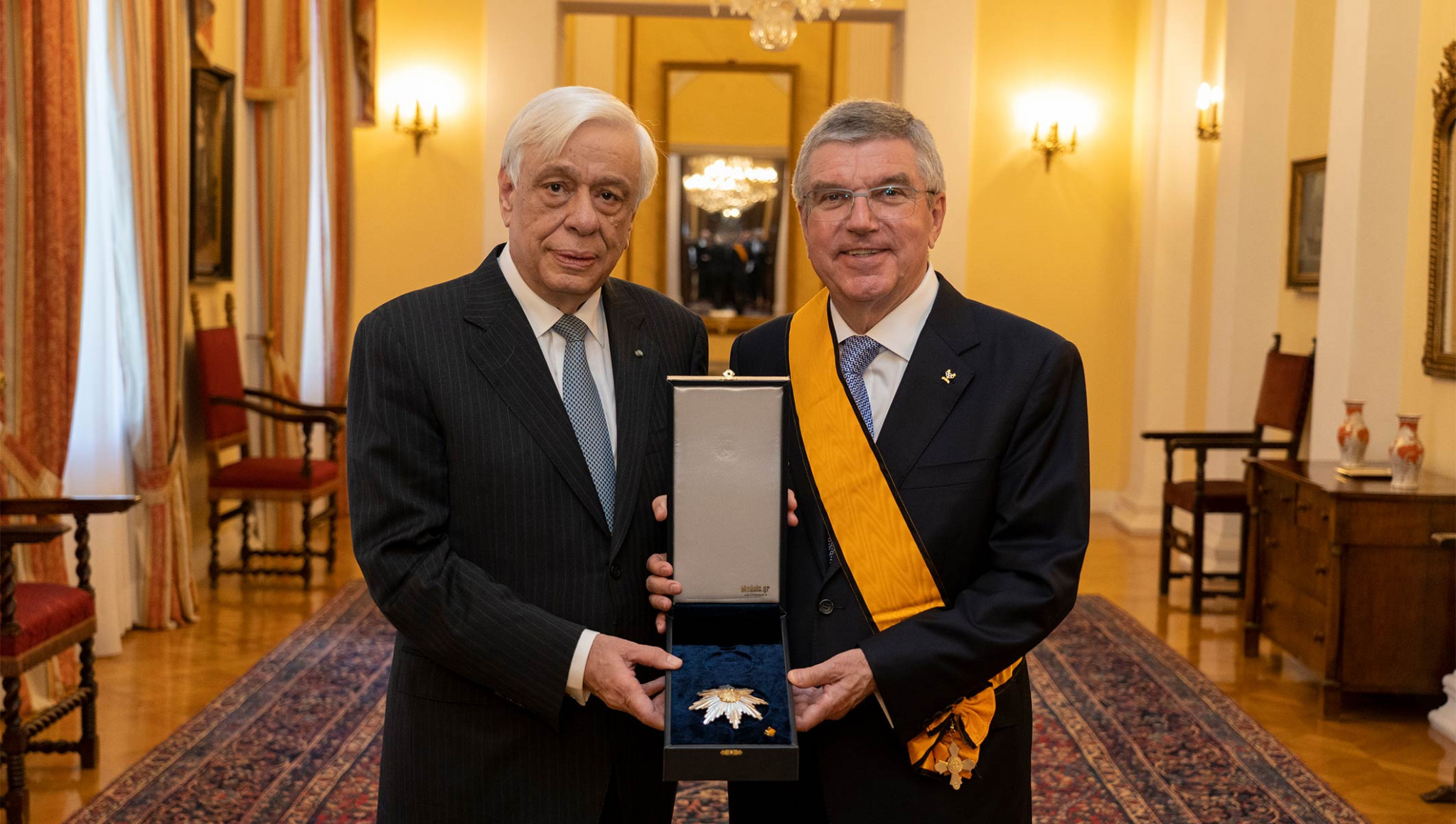 International Olympic Committee (IOC) President Thomas Bach has been honoured with the highest distinction of the Hellenic Republic, the Grand Cross of the Order of the Phoenix.

The German received it from Hellenic Republic President Prokopis Pavlopoulos during a ceremony at the Presidential Mansion in Athens.

Pavlopoulos expressed his appreciation of Bach’s "exemplary services in favour of the values and principles of the Olympic spirit and ideals".

"Under your Presidency, the Olympic Games transcendently express these values and principles and are therefore aimed at all of humanity," he said.

"Your Presidency of the International Olympic Committee renders a great service to the whole world and to human beings because you act for the benefit of peace, democracy and civilisation.

"We Greeks are historical guardians of the ancient traditions of classical Olympism, and we commend your steadfast commitment to the Olympic spirit and the ideals of Olympism.

"It is a commitment that you demonstrate in everything you do."

Accepting the award, Bach said: "I am particularly touched to receive this distinction knowing that it is an honour that was also bestowed by the Hellenic Republic on my predecessor, the renovator of the Olympic Games, Baron Pierre de Coubertin."

He added: "Greece has offered to humanity two of the most precious gifts.

"It was here in Athens that democracy was born more than 2,500 years ago.

"It was in Olympia that the Olympic Games came into being 3,000 years ago.

"Today, thankfully, democracy and the Olympic Games, these two Greek gifts to humanity, continue to exist in our modern society."

Bach concluded by paying tribute to Pavlopoulos' personal appreciation of the Olympic Movement.

"In presenting me with the Order of the Phoenix, you are honouring the entire Olympic Movement as well as the Olympic values, which you have always fervently defended and promoted, and which you have demonstrated throughout your life," he said.

The ceremony was attended by members of the Greek Olympic family, headed by Spyros Capralos, an IOC member and President of the Hellenic Olympic Committee, as well as George Papandreou, former Prime Minister of the Hellenic Republic, and Ministers and Government officials.

The Mayor of Olympia, Georgios Georgiopoulos, was also present.