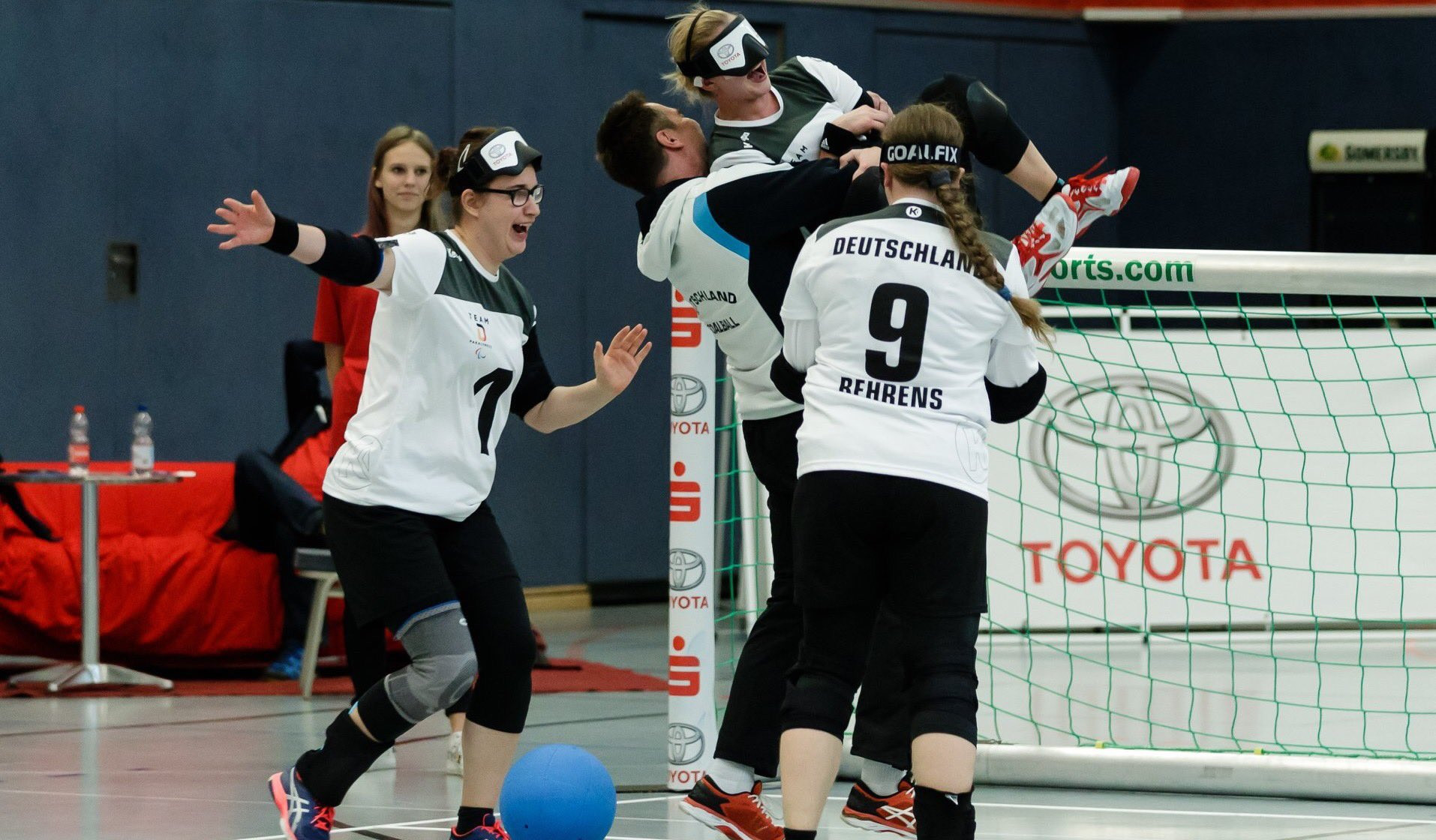 Germany's women fought back from 3-0 down against Greece to reach the International Blind Sports Federation Goalball European Championship semi-finals in Rostock.

The hosts finished third in Pool Y and looked to be heading out of the tournament when they went 3-0 behind.

But roused by the home support at Ospa-Arena, they levelled up at 3-3 before a late winner sent them through to a semi-final clash against Turkey.

Turkey won all their Pool Y games and continued where they left off, recording a 10-0 victory over Finland.

The other semi-final will see Britain take on Israel after they stunned Pool X winners Russia 6-2.

Israel booked their last-four berth with an 8-1 triumph against Ukraine.

In the day's only classification match, The Netherlands finished in ninth place, courtesy of an 8-2 win against Denmark.

A brilliant performance sees Great Britain into the semi-finals after thrashing Russia 6-2! #Rostock2019

(The video below shows the Great Britain team celebrating their victory) pic.twitter.com/hMR0SQFrqG

In the men's last eight, Ukraine recorded a 10-0 win against Spain for a fifth successive victory.

They had scored 36 goals to top Pool A and were in commanding form to reach the semi-finals.

Turkey await next after they won 7-5 against Finland.

Germany saw off Greece with a 7-5 victory to ensure the men's and women's draws had home interest.

They will meet while reigning champions Lithuania in the last four after they won 10-3 against Belgium.

Czech Republic registered their first and only win of the championships to secure ninth place.

They edged out the also winless Swedish team 11-8 as they completed their tournament at Stadthalle Rostock.