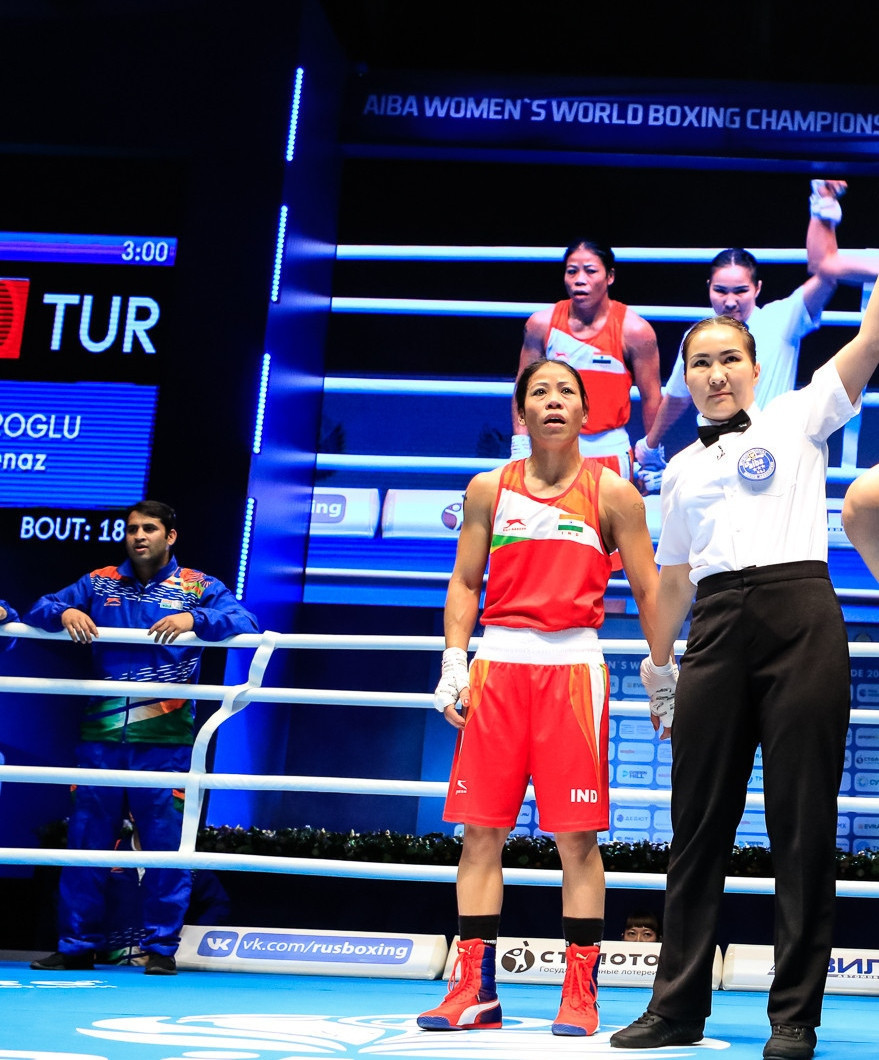 It was deemed that Çakıroğlu won the bout 4-1, with Kom visibly shocked at the decision.

Her team then attempted to file a protest but it was rejected by AIBA's technical delegate.

Teams were reportedly told this morning that only protests regarding 3-2 or 3-1 results would be accepted.

Kom expressed her frustration with the decision on Twitter.

"How and why," she posted, alongside a link to the video of her bout with Cakirogu.

"Let the world know how much right and wrong the decision is...."

Karriss Artingstall of England also had a protest rejected, having lost 4-1 to Nesthy Petecio of the Philippines.

This decision again caused outrage on social media, with Artingstall's team-mate Sandy Ryan describing it as "the WORST I mean the WORST decision I’ve seen in boxing" on Twitter.

Oh my god the WORST I mean the WORST decision I’ve seen in boxing then GB need to over turn that decision and aiba need to get it right. @karriss_imogen WON EASY

Petecio's opponent in the gold-medal bout is currently unknown after the decision of the remaining featherweight semi-final was also contested.

Liudmila Vorontsova of Russia was given a 3-2 victory over top seed Lin Yu-ting of Chinese Taipei, but it is yet to be seen if this result stands.

In the light welterweight division, Dou Dan continued her title defence with a 3-0 win over Ekaterina Dynnik of Russia.

The top seed is set to meet Angela Carini of Italy, who got past Milana Safronova of Kazakhstan 4-1.

Yang Xiaoli is just one bout away from retaining her heavyweight title after defeating Dina Islambekova of Kazakhstan unanimously.

She is now set to face Danielle Perkins of the United States, who was given the victory after the referee stopped her contest against Katsiaryna Kavaleva of Belarus.

Gold-medal bouts are due to take place tomorrow, the final day of competition.