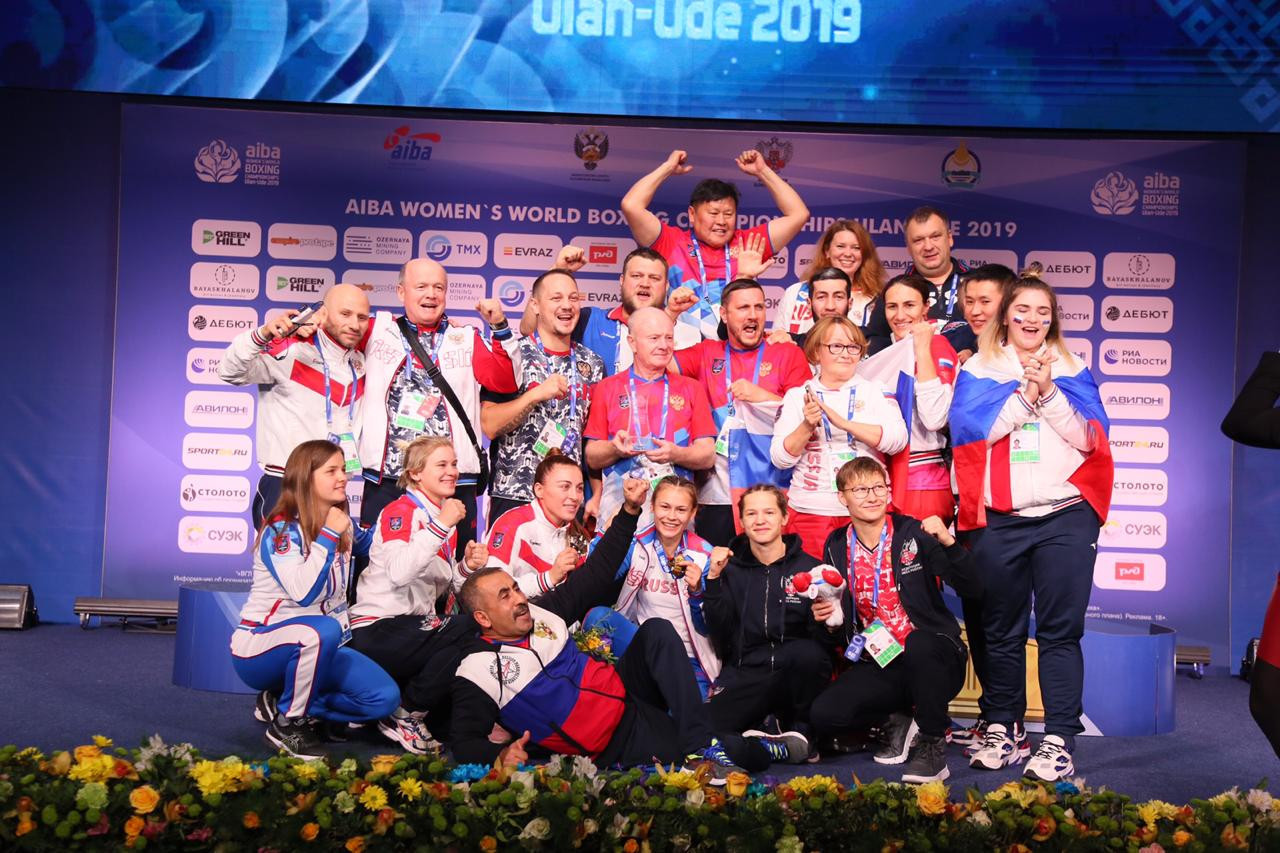 Russian Boxing Federation general-secretary Umar Kremlev had urged the hosts to dominate before the tournament began, with the country doing just that.

Ekaterina Paltceva triumphed in the first bout of the day, getting past Manju Rani of India 4-1 to become the light flyweight world champion.

"I am very glad to win, but I'm just a little unhappy with myself," she said.

"I wanted to show more beautiful boxing in the final, but the rival was not easy, I had never met her before."

"I am extremely happy, I still don’t realise what happened," Aetbaeva said.

"I want to thank the stands, which helped me very, very much.

Liudmila Vorontsova was the only Russian boxer who failed to top the podium, narrowly losing 3-2 to Nesthy Petecio of the Philippines in the featherweight division.

She was joined on the podium by bronze medallists Karriss Artingstall of England and Lin Yu-ting of Chinese Taipei.

China was their closest rivals with one gold, three silver and one bronze, while Turkey finished third with one gold and two bronze.