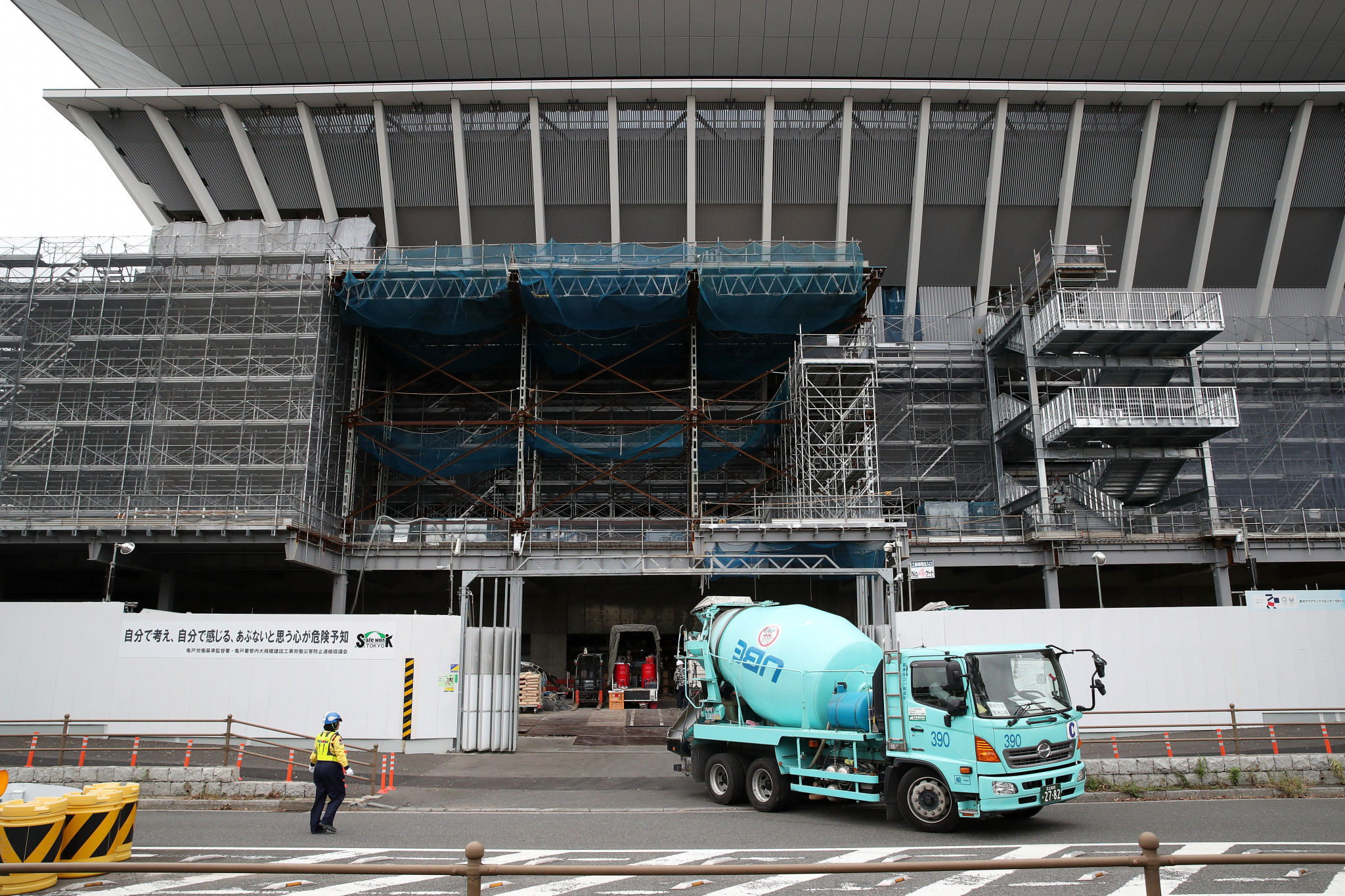 An international labour union has requested a joint inspection of Tokyo 2020 construction sites as part of an investigation into worker safety and the use of migrant workers at venues for the Olympic Games.

Ambet Yuson, general secretary of the Building and Wood Workers' International (BWI) union put the request forward during a meeting with Tokyo 2020, the Japan Sport Council and the Tokyo Metropolitan Government.

"They are overprotective and don't want the outside to come in," Yuson told The Associated Press.

"They are trying to downplay it, saying construction is almost over.

"But it's not over until the Olympics are over.

"Construction is dangerous and every worker you save makes a difference."

Earlier this year the union published a report titled The Dark Side of the Tokyo 2020 Summer Olympics and alleged patterns of overwork and contractual irregularities for foreign workers at Tokyo venues.

He said the union was not given access to the workers, many of whom are Japanese with a mix of Vietnamese and Chinese personnel, and many of those who did speak out, feared for their jobs if they gave their names.

In August, a 50-year-old man collapsed and died from heatstroke while working on construction of Tokyo Big Sight, home of the International Broadcasting Centre and Main Press Centre for the Olympic and Paralympic Games.

Yuson said 300 workers die annually on construction sites in Japan and called on the International Olympic Committee (IOC) to do more to aid the problem.

He added: "The IOC doesn't push.

"We want to bring legacy to the Olympics, not only to the multinational companies, or to the athletes, but to the workers as well."

"Karoshi" or death by overwork is a common problem in Japan, usually resulting from long working hours.

The IOC has added United Nations guidelines to host city contracts, starting from the Paris 2024 Games.

That excludes Tokyo 2020 and Beijing 2022, where independent labour unions are barred by China's Government.