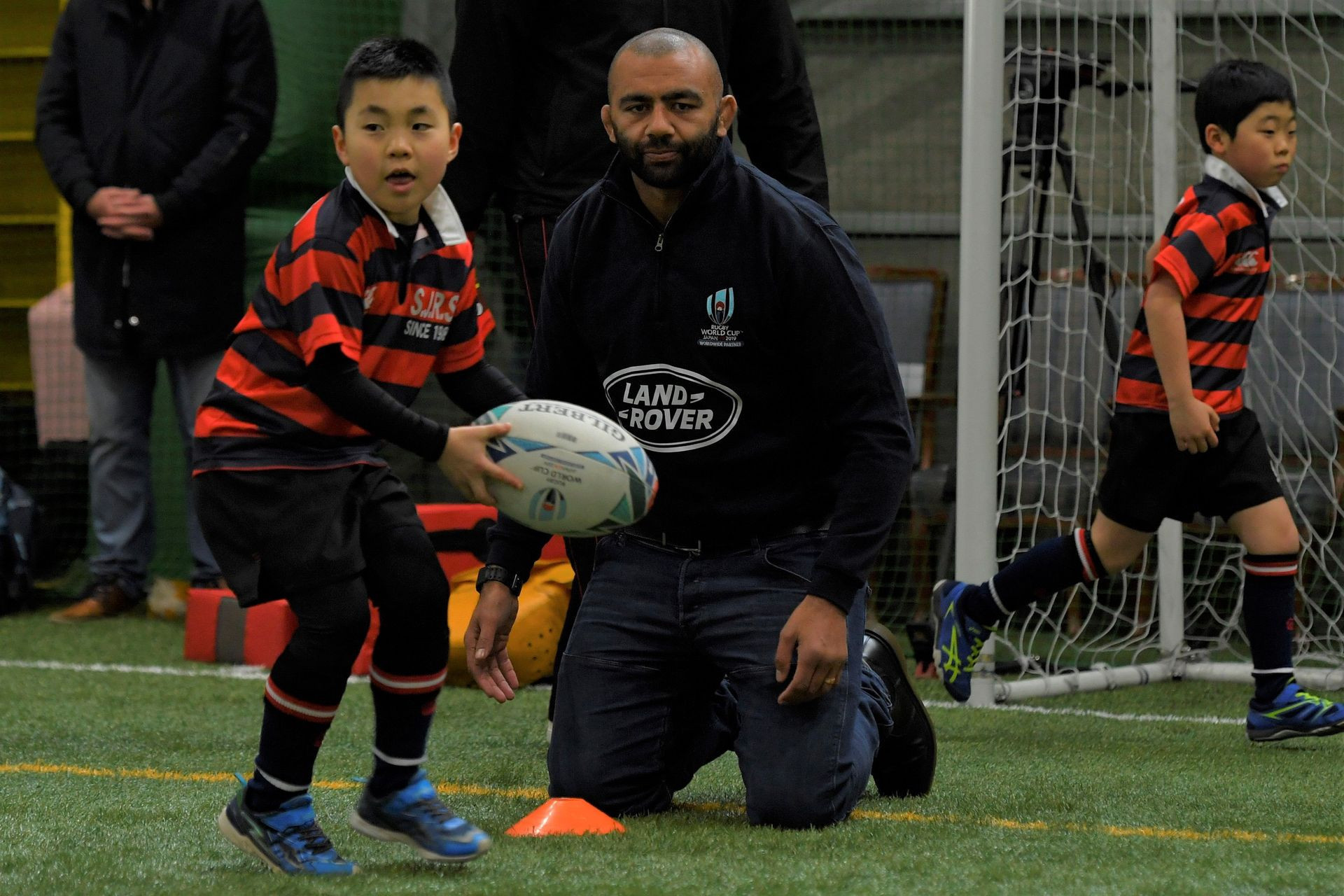 A second series of rugby introduction days have been planned by the Japan Rugby Football Union (JRFU) to capitalise on the excitement created from hosting the World Cup.

JRFU have organised the introduction days alongside Rugby World Cup official partner Land Rover as part of the Impact "Beyond legacy" programme, which they claim has already achieved 1.8 million new rugby participants in Asia.

Sessions will be open for pre-schoolers and school students following the conclusion of the World Cup on November 2.

The first series of rugby introduction days were held in April and May this year, with Japanese stars Michael Leitch and Yu Tamura getting involved.

It was estimated that around 8,000 children were inspired to play rugby.

Along with the introduction days, rugby balls will be distributed to more than 400 schools across Japan.

"Rugby introduction day is one of the activities of 'Impact Beyond 2019', the core legacy programme for rugby in Japan, and will be held at rugby schools throughout the country," said Shigetaka Mori, JRFU chairman.

"The purpose of rugby introduction day is to allow as many children as possible to have a rugby ball and experience and learn about rugby.

"From April to May, we already enabled more than 8,000 children to experience rugby."

Mori added: "Through the excitement of rugby in Japan, including the success of the national team at Rugby World Cup 2019, we are steadily gaining the understanding and cooperation of everyone so that many children can fully understand the spirit of rugby.

"We will continue to promote various rugby programmes such as this rugby introduction day in future."

The Rugby World Cup has been taking place in 12 Japanese cities since September 20, with 20 nations competing in total.

Despite the tournament being hosted in Asia for the first time, it has proved incredibly popular, with sell-out matches and record television viewing numbers.

Japan's victory over Scotland in the pool stages delivered an enormous 53.7 per cent peak audience share on Japanese broadcasting network NTV, representing a 54.8 million audience - a record for any rugby match and a higher figure than the FIFA World Cup final in Japan in 2002.

"While the excitement created by the Brave Blossoms has certainly been a highlight, the spirit and conduct of all 20 teams has won hearts and minds of the population across the country as local communities are getting into the spirit of the tournament.

"Creating a long term legacy for the acceleration of rugby’s development in Japan was a key driver in World Rugby’s decision to bring to the Rugby World Cup to the world’s most youthful and populous continent.

"Initiatives such as the Rugby Introduction Days being hosted by the Japan Rugby Football Union in November and December will provide important opportunities to capture the enthusiasm and introduce new girls and boys, women and men to the joy of rugby and the unique character building values of our sport."