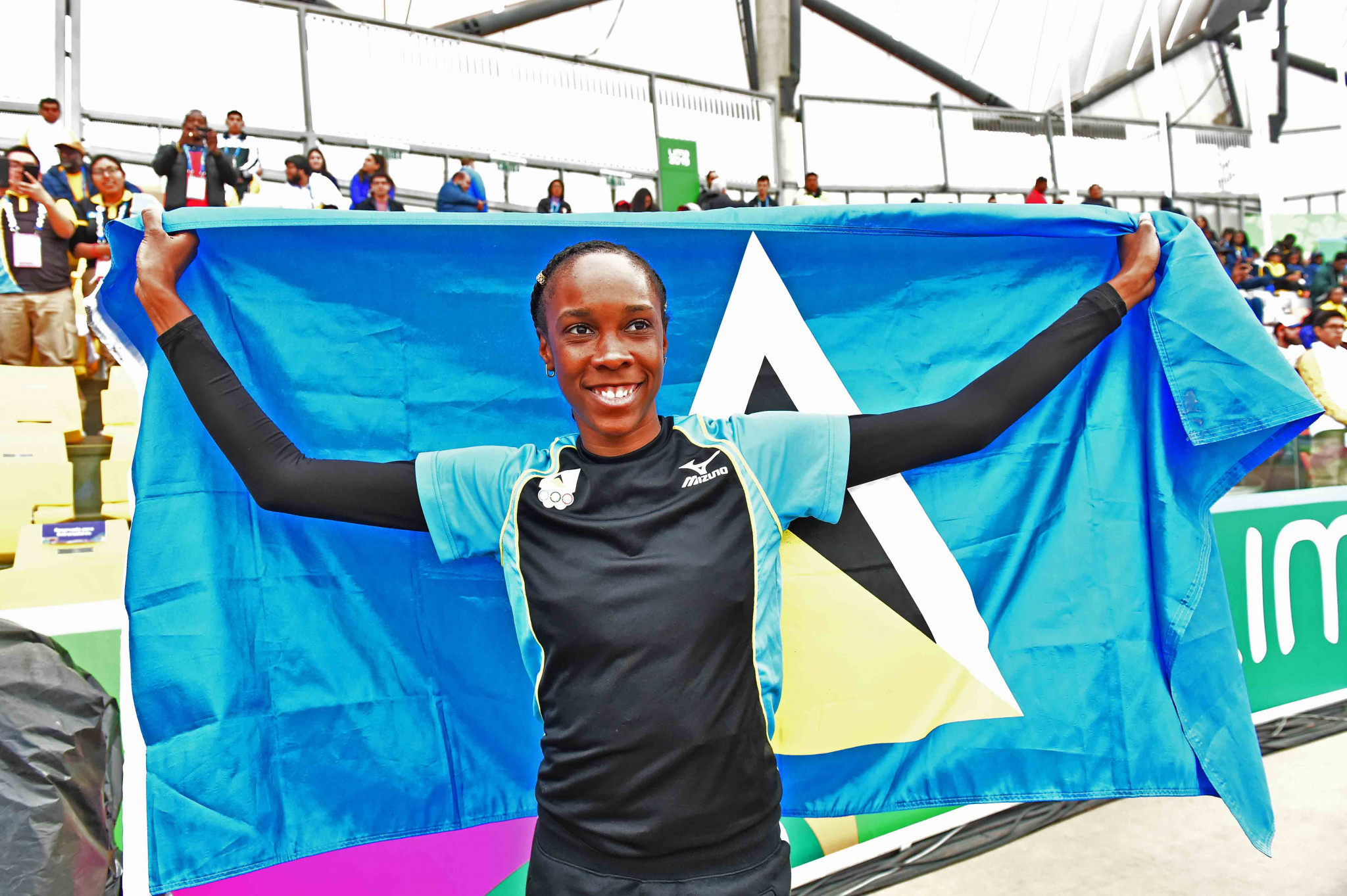 The two athletes were presented with cheques by SLOC President Fortuna Belrose at the National Olympic Committee headquarters in La Clery.

"Every year the Olympic Committee evaluates its plans as it looks towards the future for sports," Belrose said, according to the St Lucia Star.

"This year, of course, is no exception.

"We did have a very great year in terms of the work happening within the organisation, as well as the performances from our athletes.

"We are grateful that we are able to have the two athletes who made us proud this year."

Spencer's victory at Lima 2019 added another major title to the 35-year-old's collection.

She won gold in the women's high jump at last year's Commonwealth Games in Gold Coast and is a six-time Central American and Caribbean champion.

Spencer also has two Commonwealth Games bronze medals and a bronze from the 2007 Pan American Games in Rio de Janeiro.

"I do appreciate small gestures and will continue working hard, and look forward to 2020 when hopefully I will represent Saint Lucia at the Olympics and see where it takes us from there," she said.