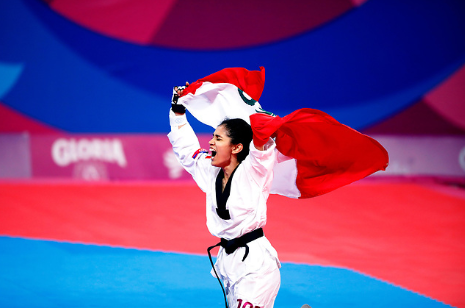 Peru's Angélica Espinoza and William Fernández are hoping to boost their Paralympic prospects for Tokyo next year by travelling to Bari to compete at the Taekwondo Europe Open European Para-Taekwondo Championships.

The Para-taekwondo athletes enjoyed success in front of a home crowd at the Parapan American Games in August.

Espinoza starred in the women’s K44 under-49 kilogram event at the Games, with the Peruvian clinching a gold medal.

Fernandez missed out on earning a place on top of the podium in the men’s K44 under-61kg competition.

The Peruvian athlete would finish the event with a bronze medal.

The Peruvian Taekwondo Federation have confirmed both athletes will compete in Bari, with the Italian city hosting the Taekwondo Europe Open European Para-Taekwondo Championships on Thursday (October 31).

Espinoza and Fernández will look to achieve further medal success and secure crucial ranking points at the event.

The duo are looking to boost their world rankings as they seek a place at Tokyo 2020.

Peru will hope to grow their Paralympic team from Rio 2016, where they were represented by six athletes in the sports of athletics and cycling.

Para-taekwondo will offer an opportunity, with the sport set to make its debut at the Paralympic Games next year.

The eighth edition of the Open European Para-Taekwondo Championships will be one of the key events in the build-up to the Paralympic Games.

Around 240 athletes from 46 countries are expected to compete in Bari.

Peru will be one of 21 nations from outside Europe to be field athletes in the open event.