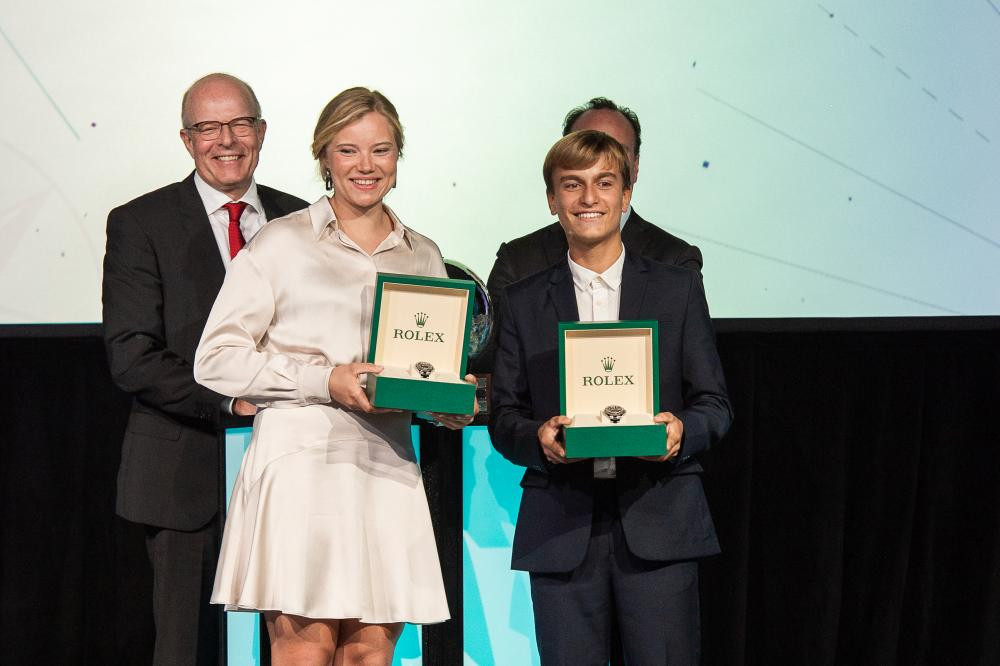 Italy's Marco Gradoni has been crowned 2019 male Rolex World Sailor of the Year, becoming the youngest ever winner, at the World Sailing Awards in Bermuda.

Gradoni, at 15-years-old, was crowned Rolex World Sailor of the Year for his success in the optimist class, having won three consecutive World Championship titles, the first sailor to achieve this result.

Rindom has dominated the laser radial over the last 12 months, winning her second World Championship title.

Facing 250 sailors from 65 nations, he excelled and also spearheaded the Italian team to the Optimist Team Racing Championship title.

"It's a dream come true to be sat here in Bermuda with the best sailors of the world," Gradoni said.

"It is something really amazing for me.

"The list of previous winners are the most famous people of sailing and to be with them is unbelievable but I know that I have to stay focused on my goals because this is important.

"I'm speechless because this is a dream come true."

Rindom has established herself as favourite for the Olympic gold medal at Tokyo 2020 and this award has given her a big boost.

"To become Rolex World Sailor of the Year and joining a list of legends is truly amazing," the 28-year-old said.

"I'm so delighted to be on that list and it's a great honour for me.

"This year has been the best year of my career so far so I'm very pleased with how it's going.

"We are training for next year, the Olympic year, so it's going to be an important year."

The Beppe Croce Trophy was awarded posthumously to Britain's Jeff Martin, who dedicated his life to sailing through his involvement in the laser class before dying in January this year.

The President's Development Award went to Oman Sail, for growing the sport in their nation and region.